Driving From Anchorage To Denali: The Most Dreamy Stops 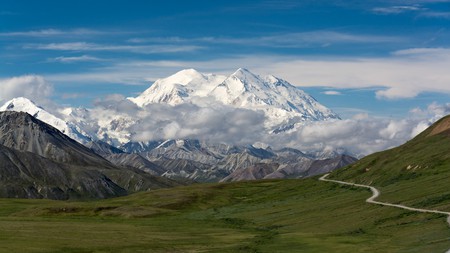 Alaska is home to picturesque wilderness, rare and endangered wildlife, and dreamlike visions of Mother Nature. Denali National Park – millions of acres of sprawling tundra, verdant forests, pristine lakes, and majestic snow-capped mountains – is the pinnacle of any traveler’s trip to the Last Frontier, with its highest peak topping the charts for all North American ranges. But what is often overlooked is the amount of remarkable scenery en route to the park. From Anchorage to Denali, here’s how to best experience all the drive has to offer.

The region within and surrounding Denali National Park is studded with lakes. Mirror Lake is the first of many, located just a short drive from Anchorage, and a few minutes from the highway. Surrounded by the untouched wilderness of Chugach State Park, this lake is known for its flawless reflections of the mountains behind it. There are picnic tables and hiking trails, should you decide to stay longer. 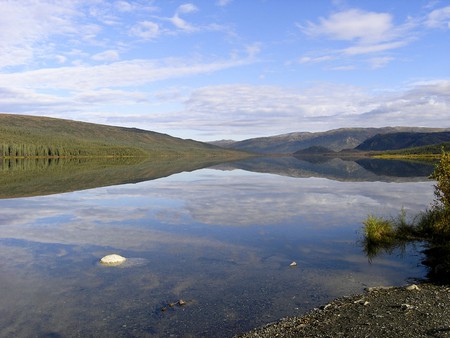 Located near Old Glenn Hwy, Thunderbird Falls is easily reached by foot. Visitors must head uphill and along the canyon before reaching the viewing deck. From here, catch a glimpse of the magical falls. If you’re yearning for a close-up look, follow the trail to the base of the falls – best seen during winter when the cascading water freezes into striking ice sculptures. 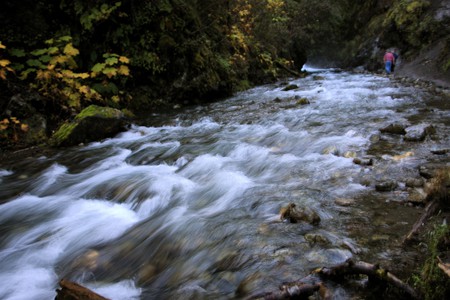 Eklutna Lake, located 15 miles off the highway on Eklutna Lake Road, is worth the drive. The valley in which it lies bears witness to glacial erosion thousands of years ago, when it was carved by the Eklutna Glacier, and is surrounded by the Chugach State Park. Rows of mountains blanketed with snow mark the backdrop to the water’s edge, while campgrounds and hiking trails offer visitors a chance to get to know the area better. A stop at Eklutna Village – the area’s oldest continuously inhabited Native American settlement – is a must. 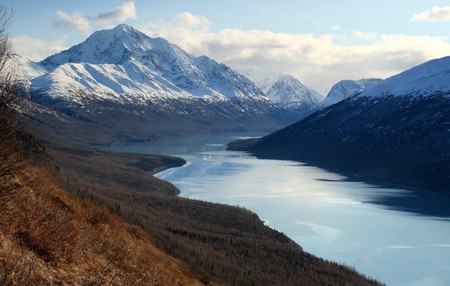 Reflections Lake is where visitors can come to listen to the peaceful sounds of nature alongside spectacular views of the Alaskan landscape. Walk along the one-mile trail that circumnavigates the lake, or opt for a tranquil picnic lakeside. 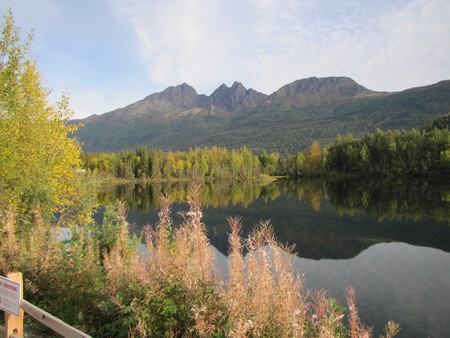 Nancy Lake State Park is an optimal adventure stop: outdoor enthusiasts can paddle across the waters via canoe or walk along one of the hiking trails during the warmer months. In the winter, there’s cross-country skiing and snowmobiling, with trail loops constructed to wind through the best areas of the park. 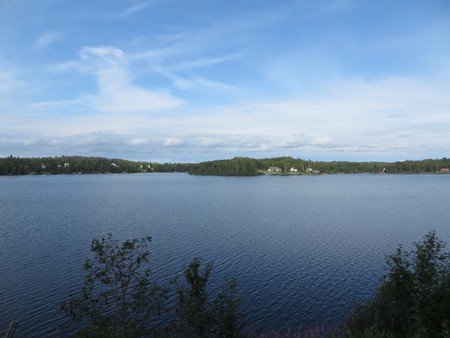 The quaint little town of Talkeetna is situated just halfway between Anchorage and Denali, and a short drive from the Parks Highway. A popular stop for those taking the train from Anchorage, Talkeetna – although a bit touristy – has a unique aboriginal flair, selling goods handmade by locals. Plus, the town is surrounded by endless tree hedge and miles of stunning natural beauty. 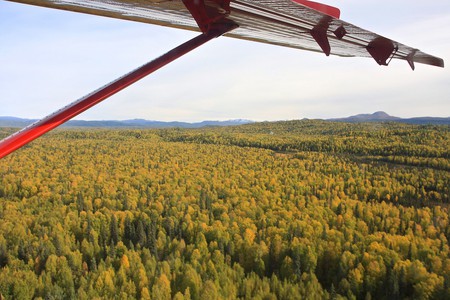 Outside of Denali National Park, there are fewer places that expose the park and all its splendors in such a fashion: unobstructed, panoramic views of the Alaskan Range. The Denali Viewpoint (South) is located at the 134-135 milepost on the Parks Highway; stop here for snow-capped peaks and rolling hills of pine. For an unconventional view of the mountains, head to the Denali Viewpoint North – 30 miles north on the eastern side of the park. 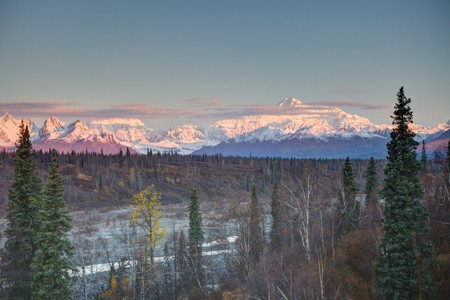 Alas, the vision that has been most patiently awaited: Denali National Park. While the drive is quite short (four to five hours), encountering the towering peaks of the park is sure to have you feeling enchanted. Be sure to stop for a photograph, especially during fall when the foliage is glowing orange and red. 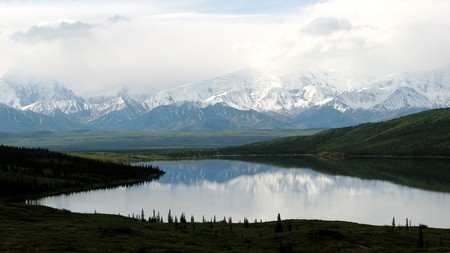 Denali Reflection | © Kevin and Kelli Redington/Flickr
Give us feedback