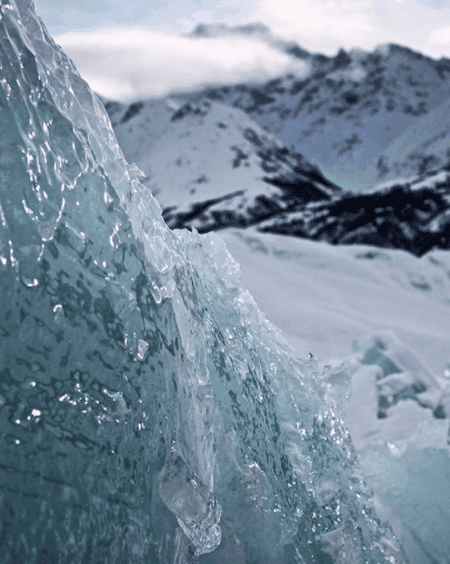 With major highways heading north and south, Anchorage can serve as a fantastic base for your Alaska adventure. Here are a few of our favorite day trips from Alaska’s largest city.

This quirky little town two hours north of Anchorage is where the TV show Northern Exposure drew its inspiration from. There are a myriad of festivals throughout the year, including one that drops varnished moose poop from the sky and another that has “Wilderness Women” compete in wood chopping and sandwich making. Visiting Denali Brewing Company, touring of one of the Iditarod contenders training kennels, hopping on the Alaska Railroad, and flightseeing around Denali are some of the biggest draws for visitors.

One of the most photographed buildings in #Talkeetna.

At the end of the Seward Highway and the Alaska Railroad, Seward is easy to get to – it’s just deciding what to do when you get there that’s difficult. The Alaska SeaLife Center is the only coldwater marine-science facility in the Western Hemisphere, working to rehabilitate injured or abandoned animals (in the last year they’ve had a baby beluga and baby walrus) from across the state. Hiking Mt. Marathon, touring Exit Glacier, whale-watching, and kayaking in Kenai Fjords National Park are just a few more ways to spend a day.

Snapper is our oldest resident harbor seal here at ASLC. He has been at the Center since we opened in 1998! Our mammalogists give him special geriatric care which includes brushing his teeth. 📸 Derek Woodie . . . . #harborseal #seal #alaska #alaskasealifecenter #marinemammal

Two and a half hours north of Anchorage sits one of Alaska’s most accessible glaciers. From mile marker 102, you can see the four-miles-wide and approximately 26-miles-long glacier, though it’s hard to understand the magnitude of its size until you’re up next to it. The glacier is on private land, so it costs $30 to get in, but it’ll allow you to park next to the glacier. From there you can hike another 15 minutes to get onto the ice. If you want to see more of the hidden features of the park, opt to go with a certified guiding company – they’ll have the gear to get you there.

Just under 40 miles south of Anchorage is the turn-off to Girdwood, the ski town at the base of Mount Alyeska. While the skiing and snowboarding is divine, they’re not the only draw of the little hamlet. Numerous trails, for all skill levels, start in town, plus there are several top-tier restaurants, a new brewery, and laid-back shops to keep you entertained.

It’s fast and smooth out there today…above the clouds is the place to be! @sheskis100 ⛷ @chancdp

Roughly 45 minutes up the road from Anchorage sits Palmer, home to the state fair, numerous farms, and a downtown with businesses that appear to not have changed much in the last several decades. Settled by families from Wisconsin, Minnesota, and Michigan as part of President Roosevelt’s New Deal resettlement plan, the town still maintains the hometown Midwest vibe. Many of the original buildings, such as the Colony House Museum, remain from that era. Once you’ve explored town, venture out to the nearby Musk Ox Farm and the Reindeer Farm (you can’t get too close to the former, but you can pet and feed the latter).

Happy 4th Birthday Magnolia!!! You are the sweetest, most Ox-able member of the herd. We are so OX-CITED to celebrate your extra special day! Come wish her a Happy Birthday, the farm is still open from 10:00am-5:00pm until September 30th. #muskoxfarm #muskoxbirthday #magnolia #treekids #septemberbabies

Serving as an entrance to Chugach State Park, the little wooden building is not only chock-full of exhibits on Alaskan animals and habitats, but also offers workshops ranging from wilderness skills to carving to cross-country skiing. Behind the building are oodles of trails that spider throughout park, including the start of Crow Pass Trail, a favorite long-haul hike of many locals. Grab some coffee from Jitter’s in Eagle River on the way there or stop for a beer at Odd Man Rush Brewing Company on the way back.

They say the best part of living in Anchorage is how quickly you can get out of it. #winterwonderland #winterbiking #fatbiking #alaskalife #alaska