9 Reasons to Visit Anchorage Over Juneau 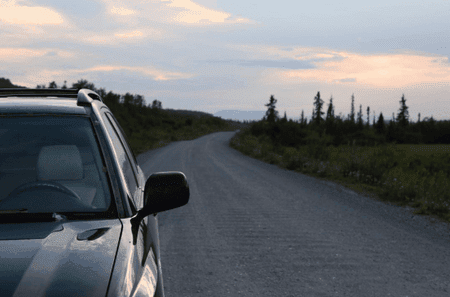 You might say that Anchorage and Juneau have a friendly rivalry. The former is Alaska’s most populous city, holding nearly half of all the state’s inhabitants. The latter, however, is where the capital is and therefore where many of the important decisions about the state are made. They’re also two of the biggest draws for tourists. Only have time for one? Here’s why you should opt for Anchorage over Juneau.

Counting down the hours to a weekend adventure

Those from outside Anchorage will joke that the city is only 20 minutes from Alaska. They mean it as a dig at Alaska’s most populous city but, in this case, it’s a positive. Because of Anchorage’s spot on the highway system, it’s easy to pop down onto the Kenai Peninsula and up into Interior Alaska. You’ll be able to do day trips to places with radically contrasting vibes and with distinct bucket list item opportunities. Juneau isn’t connected to the highway system, so there’s no way out of town that doesn’t involve a ferry or plane – two options that aren’t easy and may also have to contend with weather.

Anchorage is Alaska’s beer mecca. Sure, Juneau has Alaskan Brewing Company, which is arguably the best known brewery outside of Alaska, but beyond that they only have one other teeny, tiny microbrewery. Anchorage has eight breweries in the city limits (plus an outpost of Silver Gulch Brewing at the Ted Stevens International Airport and another seven within a 45-minute drive, still technically in the metro), so you’ll have no trouble finding your new favorite suds.

A post shared by Anchorage Parks and Recreation (@anchorageparksandrec) on Mar 22, 2018 at 5:22pm PDT

Of the top 20 most diverse elementary schools in the United States, 19 of them are in the Anchorage School District. For the school district, that means nearly 100 languages are spoken in the homes of the students. For the city, that medley of cultures manifests itself in a diverse range of distinctive restaurants, markets, and festivals for all to enjoy.

During tourist season, Juneau’s businesses and eateries are open all day, every day. But come early autumn, shops start boarding up for winter, when there just aren’t enough visitors to justify staying open. Anchorage, however, has a big enough population to support the shops and restaurants year-round.

Downtown is a bustling playground today! Join us for Music in the Park now, and later, Live After Five featuring Woodrow!

A post shared by Anchorage Downtown Partnership (@downtownanchorage) on Jul 11, 2014 at 1:26pm PDT

Alaska in general is pricey. Juneau is 33% more expensive than the national average, whereas Anchorage is 29% higher. While 4% might not seem like much, it does add up, particularly for bigger ticket items and experiences

Because Juneau is smaller (just under 33,000 residents, compared to Anchorage’s 300,000), it’s pretty obvious when a cruise ship (or two or three) full of passengers gets to town. The number of visitors can be overwhelming. Anchorage, on the other hand, is bigger and can absorb visitors without oversaturating.

On the longest day of the year, the sun rises at 4:20 a.m. and sets at 11:42 p.m. in Anchorage – that’s 19 hours and 22 minutes of sunlight (granted, the rest of the night is considered civil twilight, so darkness doesn’t really happen at all). Juneau gets 18 hours and 16 minutes on summer solstice. You try telling Alaskans that one extra hour isn’t much.

Monday at the Museum: A Sensory-Friendly Series 3 to 5 p.m. Monday, April 9 Adapted lighting. Sound off. Close-looking. Fewer visitors. These are just some of the ways the museum offers meaningful experiences for those with sensory sensitivities. Free admission. Space is limited; registration required. Register and get more info at bit.ly/sensefriendly3

This is one of those instances where size does matter. Simply put, there’s just more going on at any given time in Anchorage than there is in Juneau, because there are more places to meet and mingle.

Here’s a sneak peek of one of the latest call ups to our #GoatGear line of logo’d keepsakes. This little 10oz beauty from @kleankanteen makes the perfect vessel for coffee or any other beverage you can imagine (optional lid included). Look for this mug and more to hit shelves in cafes and online next week. @vbluesak – – #StepUpYourMugGame #LatteArtGoals #sneakPeek

A post shared by Kaladi Brothers Coffee (@kaladibrotherscoffee) on Apr 5, 2018 at 7:40pm PDT

Did you know that Anchorage is one of the most caffeinated cities in the nation? Seriously. There are over 180 coffee shops, carts, and stands in Anchorage, equating to one coffee shop for every 1,600 residents. Plus, Anchorage is the birthplace of Kaladi Brother Coffee, a chain of coffee shops that in 2016 was selling 1.2 million pounds of coffee beans a year.