Alaska, coined America’s Last Frontier, is a vast wilderness of untamed terrain. Exploring its natural attractions is not for the faint of heart. But, for the adventurous soul craving beauty that can’t be found elsewhere, we’ve highlighted 12 breathtakingly beautiful landscapes in Alaska. 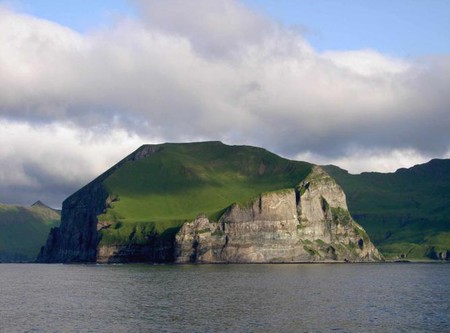 The Aleutians are a chain of nearly 70 islands that stretch westward to Russia across the Pacific Ocean. Located along the Pacific Ring of Fire, the islands are home to a staggering 57 volcanoes. There are still several active volcanoes, but nearly all of the islands show obvious and geological scars from the area’s tumultuous volcanic history. As a result, many of the islands have rocky coastlines with sharp cliffs jutting out from the ocean. The islands have been the location for multiple military bases and operations and commercial fishing. Today, as it has for thousands of years, the Aleutian Islands are a nesting place for countless species of indigenous birds.

With it’s sub-zero temperatures and frozen tundras, the northernmost regions of Alaska may not seem like the most picturesque places on earth. But the Arctic Coastal Plain is characterized by a different, almost other-worldly, beauty. Within the Arctic Circle, the Arctic coast of Alaska is the last edge of land before you hit Scandinavia on the other side of the Arctic Ocean. The Arctic Wildlife Refuge protects a large section of the eastern area and the animals that call it home. The western section of the Arctic Coastal Plain hosts a number of crude oil companies. The terrain is a majestic landscape of mountains, plains, and waters that are frozen for the majority of the year, with a short summer that allows for the growth of low grasses and the rekindling of the animal life. 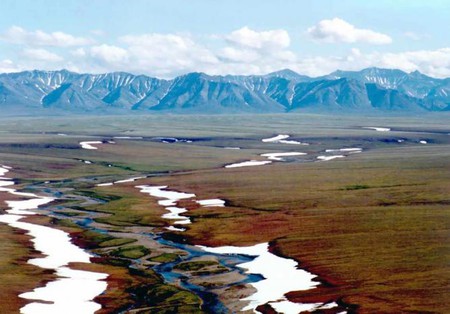 When thinking of Alaska, many people think of salmon. The state provides a large percentage of the US’s wild seafood, and Bristol Bay is a major player in that scene. The bay is on the state’s southwestern shore, and feeds into the Bering Sea. A number of animals call the bay home, such as endangered whale species, otters, seals, and walruses. The water itself is well-known for being tempestuous and difficult to navigate. During the winter, ice becomes a considerable problem for sea vessels. But along the shoreline of Bristol Bay lie quaint, small towns like Naknek and King Salmon. 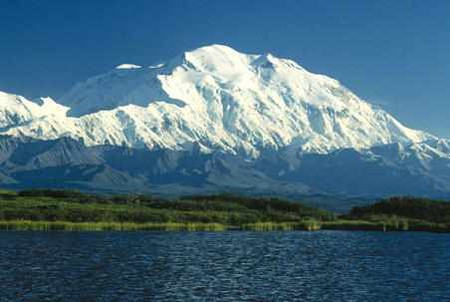 The Denali region of central Alaska contains a national park and preserve, and North America’s tallest peak. Mount Mckinley stands at a regal 20,237 feet above sea level. The area around the peak is the Denali National Park & Preserve: over six million acres of raw, natural wilderness. The resplendent natural surroundings offer adventure year-round. Summer is the most popular time to visit, as winter can be inhospitable. But regardless of season, there are hiking trails, boundless natural beauties, and the opportunity to see rare wildlife. Sheep, Grizzly bears, moose, caribou, and other animals are native to the Denali area, and are a particular treat to see in such an awe-inspiring setting.

Glacier Bay is an outdoor-lover’s paradise. The narrow bay cuts deep into the southern handle of the state from the Gulf of Alaska. At the mouth of the bay is the charming town of Gustavus, which most visitors to the area must pass through. Getting to Glacier Bay and its national park and preserve can be a bit tricky, as it is only accessible by water or by land. Flights from Juneau and other cities are available, however, through ferries and private boat companies. The natural scenery of Glacier Bay is widely diverse, with glaciers, fjords, and freshwater lakes and streams. Due to high precipitation levels, the southern area of the region is actually considered a rainforest, where a large variety of vegetation flourishes. 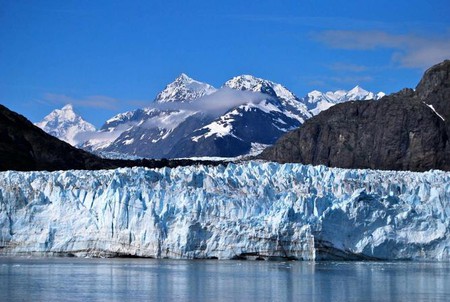 Though located on the Kenai Peninsula, with part within the boundary of the Kenai Fjords National Park, the Harding Ice Field is unique enough to merit its own mention. The ice field expands beyond 700 square miles and encompasses over 30 glaciers. The Exit Glacier is a popular day hike that offers unimaginable views. From the glacier, hikers can see nothing but ice in all directions. The surrounding mountains are also covered with snow and ice, as the area gets a surprising 400 inches of annual snowfall. Though temperatures can reach in the high 60s (Fahrenheit), the ice doesn’t melt, and Harding Ice Field is a winter wonderland all year long. 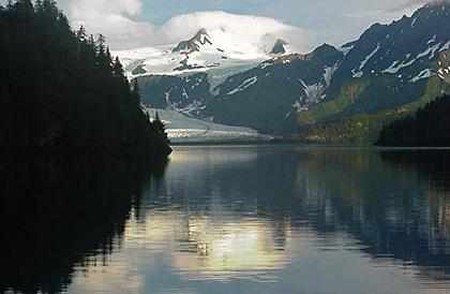 The Kenai Peninsula is another popular destination for outdoor adventure-seekers. The area is bordered by the Cook Inlet on its west, the Gulf of Alaska on its south and southeast, and Turnagain Arm to the north. The Kenai Fjords National Park covers a large portion of the peninsula, with protected lands and miles of terrain, some of which is accessible to visitors, and some of which has yet to be explored. On the southern tip of the peninsula is the Kachemak Bay State Park, famous for excellent camping, fishing, and boating. The area abounds in natural wonders, and is extremely popular for it’s multiple cruise ship ports.

St. Lawrence is an island in the middle of the Bering Sea. Although officially a part of Alaska, the island is actually closer to Siberia. Its isolated location has allowed life on the island to thrive as it has for thousands of years. St. Lawrence Island is relatively large, ranking as the sixth largest island in the US: a staggering 85 times larger than New York’s Manhattan Island. Today, the small population of less than 1500 residents is over 95% native peoples, many of whom rely on caribou herding, whaling, and fishing for sustenance. With the stunning mountain and ocean scenery that Alaska is famous for, and quiet, idyllic small towns, St. Lawrence Island seems to have remained a living picture of the past. 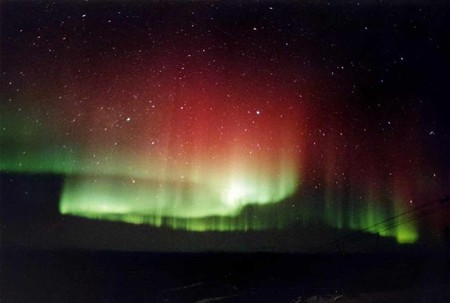 No, we are not being cheeky with this one. For one of the most breathtaking vistas in Alaska, simply look up. Though technically more of a skyscape than a landscape, there is a reason many people have this on their life’s bucket list. From almost anywhere in Alaska, on the right day, you can view the Aurora Borealis, or Northern Lights. A natural phenomenon caused by solar flares, the Auroras light up the night sky with vibrant color. Sometimes the colors are more of a ghostly haze, and at other times they are so bright, it seems that someone took a paintbrush to the sky. Either way, if you are lucky enough to see them, it is an unforgettable experience.

The City of Togiak is just the tip of the iceberg for the gigantic Togiak National Wildlife Refuge. Situated where the Togiak River meets Bristol Bay, the area is remote and usually requires visitors to arrive by air from Anchorage. Once there, the area offers pristine nature and unparalleled vistas. Animal life is teeming, with many species of endangered and rare species. Bears, lynx, coyotes, and wolverines are all native to the land area of Togiak, while dozens of different types of fish fill its waterways. Togiak is an incredibly large and formidable landscape, with sights not yet even seen by a human eye. 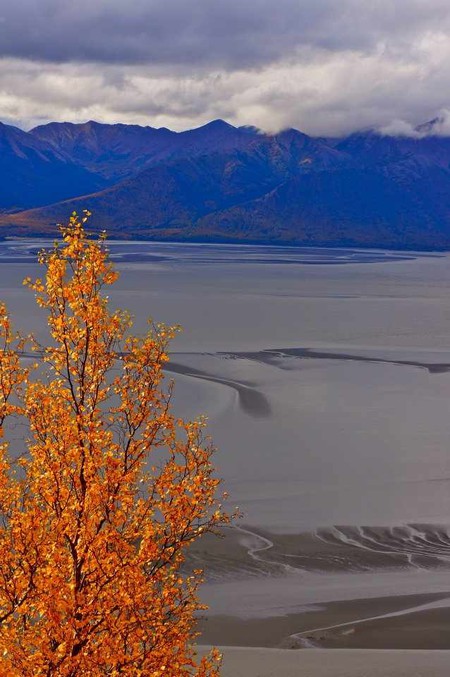 Turnagain Arm is a unique geographical formation, stretching of from Anchorage and the Cook Inlet. The narrow waterway is surrounded by mountains that sweep impressively on either side. Each day, a bore tide dramatically rushes seawater in from the Gulf of Alaska, creating a surf that is up to 10 feet tall. During high tide, the water is deep enough to bring in schools of fish, seals, and whales. During low tide, the arm is a flat, muddy wasteland, just lying in wait for its next big show. The scene is a blend of Alaska’s famous rugged wilderness, and a unique natural water feature that can only be found in a few places in the world. 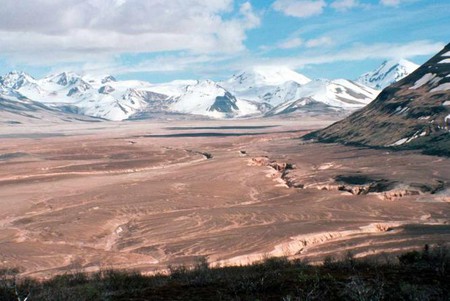 The name of this place sounds like something from a fairy tale, but the area itself looks like something from a sci-fi movie. The Valley of Ten Thousand Smokes is located inside the Katmai National Park, and was once named the Ukak River Valley. Over one hundred years ago, the valley was forever changed by the largest volcanic eruption of the 20th century. The violent eruption threw ash and pumice for 40 square miles, covering the valley below. Now, the valley is an eerie, yet uniquely beautiful wasteland surrounded by mountains. With its seldom-seen volcanic scars, the Valley of Ten Thousand Smokes is a backpacker’s paradise, and an intriguing point of research for geological teams and universities.