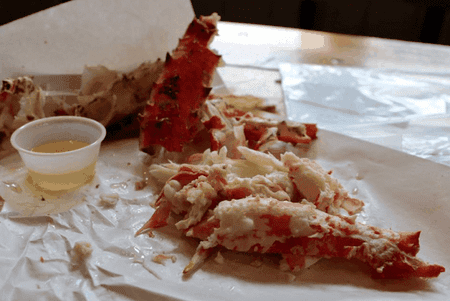 Whether pulled from the waters in or around the state, harvested from the fields and forests, or assembled in kitchens, there is no shortage of tasty Alaskan ingredients. Here are some of the can’t-miss dishes to try while in the 49th state.

Salmon often takes center stage on the menus of Alaska’s eateries, and rightfully so, as it’s often caught fresh within miles of your dinner plate. Even in Anchorage, the most populous city in the state, salmon run through the rivers and stream during summer months to go to their birthing grounds to spawn. With access to such high-quality fish, restaurants compete to craft the most compelling course, so visitors can enjoy it baked, broiled, grilled, or smoked. 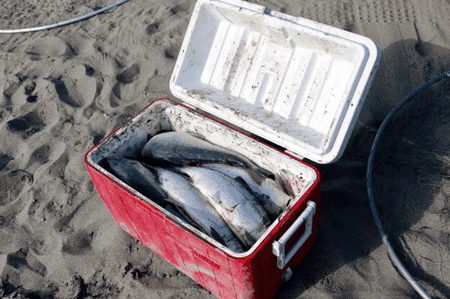 During the summer, stands hawk these Alaska-fied hot dogs, alongside the typical beef, Polish, Italian sausages, and bratwursts. The carts are on numerous street corners and parked outside popular bars in the bigger cities. Some stands offer the option to make the reindeer dog spicy or not, but all have a myriad of garnishes. 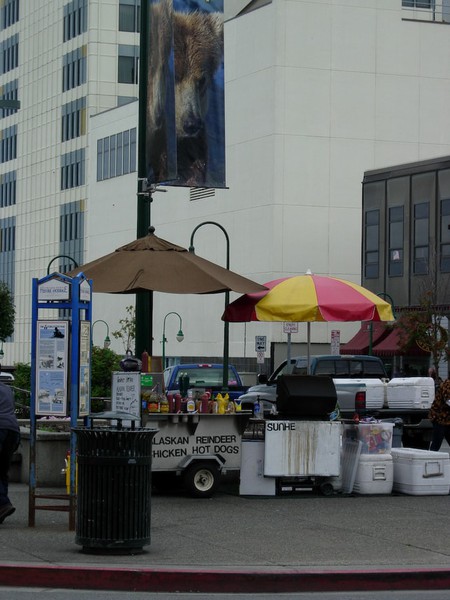 Not for the faint of heart, muktuk is another traditional Alaska Native delicacy. Cut into cubes, it’s the skin and blubber of bowhead whales (though sometimes beluga and narwhal are used). When served in the traditional raw fashion, it has an oily, nutty taste. Sometimes it’s deep fried and pickled or served with soy sauce.

If it’s your first time to Alaska, make sure you try halibut at least once. The flatfish dwells at the bottom of the ocean and can range from a couple pounds to several hundred. Halibut has a firm texture and mild flavor, and it’s often boiled, deep-fried, or grilled. Be sure to also try halibut cheeks, which have a texture similar to a scallop. 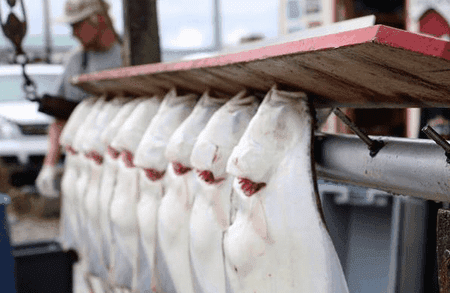 Eskimo ice cream is a far cry from what they serve at your local scoop shop. The Alaska-Native dish was traditionally made with whipped fat from the animals they hunted (reindeer, seals, bears, whatever), snow, and wild berries. More recent iterations of Akutaq (a Yup’ik word meaning “something mixed”) feature vegetable shortening and berries.

Alaska has several species of crab, but among the most popular are red king, blue king, golden king, snow, and Dungeness. The biggest and most sought after, however, is the red king crab because of its sweet and juicy flavor and monstrous portions.

Although originally from Europe, sourdough was brought to California during the Gold Rush and moved its way north during the Klondike Gold Rush at the end of 1800s. It was more reliable than other bread-baking methods and was therefore easier for the miners who faced adverse conditions. It’s such a part of the Alaskan culture today that “sourdough” is a name often given to old-timers. In Alaska, the bread is served in baskets and used in pancakes, cinnamon rolls, and sandwiches. Keep an eye out—many restaurants brag about how old their sourdough starter is on their menu. 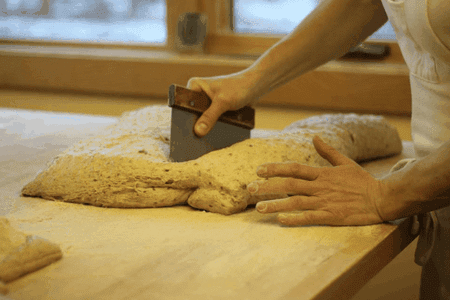 Once only seen on the dinner tables of avid foragers, spruce tips are now on restaurant menus in the form of everything from cocktails and salads to fish entrées and ice cream. The small green buds sprout from the ends of branches in spring and lend a pine and floral flavor. You’ll find them in more places than just your dinner plate—many Alaskan craft breweries have at least one brew that calls upon spruce tips, be that in a stout, IPA, or cream ale. You can also find spruce-tip jelly and tea at local farmers markets. 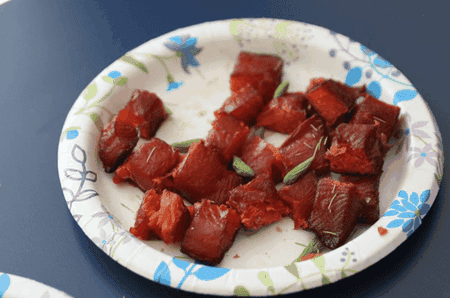 Spruce tips are used in a variety of dishes, condiments, and beverages | © Bailey Berg

Blueberries, cranberries, salmonberries, blackberries, raspberries, and oodles more can be found on the hiking trails of Alaska. If you forage for berries yourself, be sure you know definitively what you’ve found before ingesting, as some might be poisonous.

Oysters don’t naturally grow in Alaska because the waters off shores are too cold, which prevents the bivalves from spawning. However, about eight years ago, two retired teachers in Homer found a way to raise oysters in a facility and transplant them into the Kachemak Bay. The result is oysters that are wildly different than their East-coast counterparts. Because the oysters are suspended in hanging baskets, they never touch the ground, meaning they aren’t impregnated with dirt, so they don’t grow pearls. They also never reach sexual maturation, so their meat consistently stays crisp and fresh. 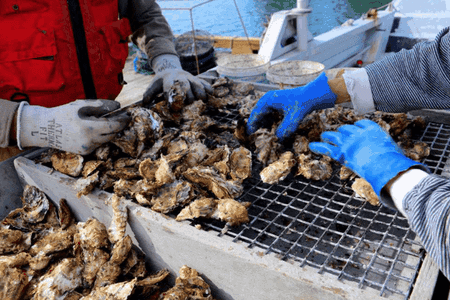 Oysters fresh from the water | © Bailey Berg
Give us feedback