10 Things You Didn't Know About the Iditarod 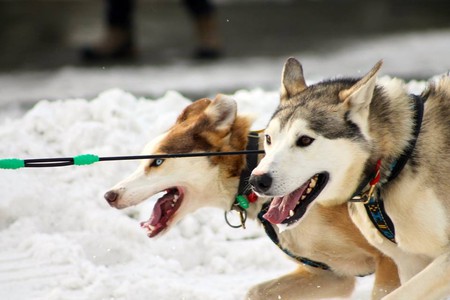 With the 2018 Iditarod underway, here’s a crash course on the 1,000-mile-long dogsledding competition that stretches across Alaska at the beginning of each March, also known as “The Last Great Race.” 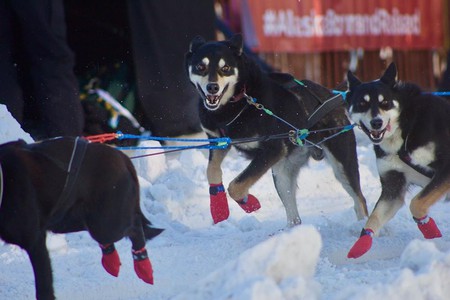 The start in Anchorage is actually a ceremonial start

On the first Saturday in March, mushers cross a ceremonial starting line in downtown Anchorage and go for an 11-mile trot through town. The official start is on a lake in Willow, Alaska, an hour-and-a-half drive north.

Race times have gotten twice as fast since it started

The first Iditarod race winner in 1973 took 20 days, 49 minutes and 41 seconds to finish the trail (though part of that is also due to the fact that mushers in the first few Iditarods had to break through uncleared brush). The current record is held by Mitch Seavey, who in 2017 broke the record set the previous year by his son, Dallas, finishing in 8 days, 3 hours, 40 minutes and 13 seconds. That finish made him both the fastest and the oldest finisher at the age of 57. 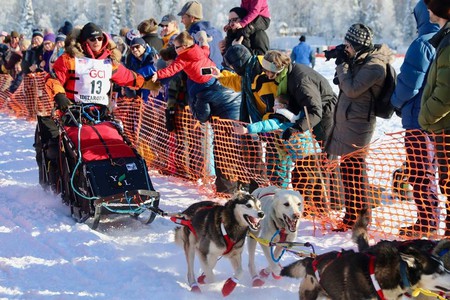 It’s all in the family

For many of the mushers, the sport is a family affair. Joe Redington, Sr., founder of the Iditarod, has raced with his son Raymie and his grandsons Ray, Jr., Ryan, and Robert have all competed since. Numerous members of the Seavey clan have raced in the Iditarod, including Dan, Mitch and Dallas Seavey (Mitch holds the record for oldest winner and Dallas holds the record for youngest). The Mackeys, including father Dick and sons Rick and Lance, have all won (all while wearing number 13) and their brothers Bill and Jason have competed as well. Twin sisters Anna and Kristy Berington have taken part across numerous years and Kristy’s husband Andy Pohl also competes.

The course alternates between two different routes each year 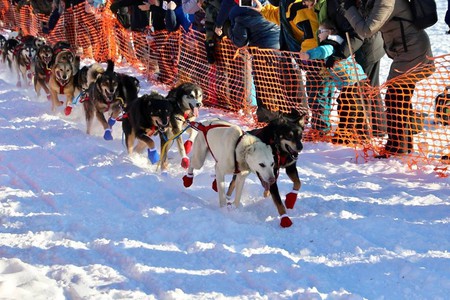 The last place finisher gets an “award”

The last musher to cross under the Burled Arch is given a red lantern, as part of a longstanding Iditarod tradition. Back when sled dogs carried mail from one remote village to another, their drivers relied on roadhouses between destinations for warmth and safety. According to the Iditarod website, word was relayed ahead that a musher and team were on the trail, and a kerosene lamp was lit and hung outside the roadhouse. It not only helped the dog driver find his destination at night, but more importantly, signified that a team or teams were somewhere out on the trail. The lamp was not extinguished until the musher safely reached his destination. In honor of that tradition, a “Widow’s Lamp” is lit in Nome just before the race starts. It’ll remain lit until the final musher still competing crosses the finish line.

Over 1,000 dogs compete in the race each year

Each team must start with 12 dogs and can have up to 16. Along the way, mushers can drop dogs with veterinarians at checkpoints. Mushers might drop a dog for any number of reasons, including injury, going into heat, or poor performance. Once dropped, most of the dogs are flown back to Anchorage to be kept in the care of dog handlers or friends until the musher finishes. At the finish, mushers must have at least five dogs pulling their sled.

The closest finish was the difference of one second

In 1978 musher Dick Mackey finished one second ahead of Rick Swenson. In the official time records, Mackey is listed with a finishing time of 14 days, 18 hours, 52 minutes and 23 seconds. The winner was determined by the nose of the first lead dog across the finish line.

This year’s race started with 67 mushers

Of those, one is defending champion Mitch Seavey, who has won the race three times, as well as Martin Buser and Jeff King, who have both won it four times. 16 women and 51 men started the race, 16 of whom have are competing in the Iditarod for the first time. 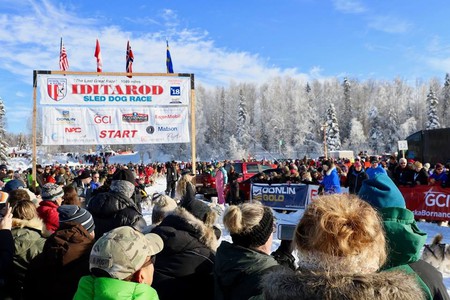 The race doesn’t end when the first musher finishes

Sure, that musher claims the title of champion and gets the biggest share of the prize money, but the Iditarod isn’t over until the final musher crosses the finish line in Nome. Crowds and fire sirens wait to greet all the mushers, even in the middle of the night.