Why You Actually Really Need To Visit Alabama 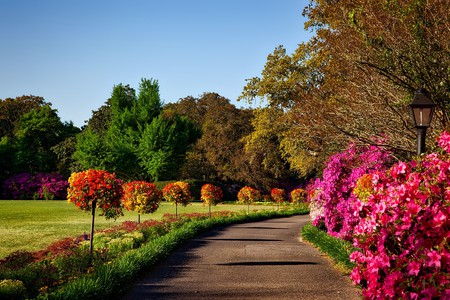 There’s more to the Yellowhammer State than white sand beaches and the Gulf Shore Coast. From underground stalagmite forests to acres of manicured gardens and endless blooming buds, Alabama packs a conglomerate of treasures.

Also known as Neversink Cave, this limestone sinkhole in Jackson County is one of the most photographed natural wonders of its kind in the world, carpeted by rare species of fern and dozens of waterfalls. But this marvel is only for the most experienced of explorers: climbers must scale down the ledges of the sinkhole to reach the underground cave system 162 feet below. 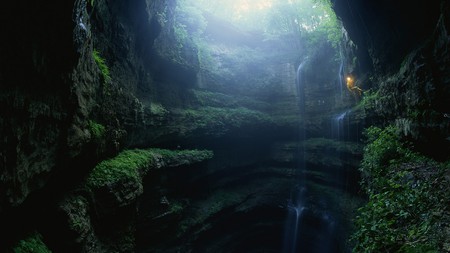 Why visit Jerusalem when you have a miniature city of the world’s most famous religious structures right here in Alabama? The four-acre gardens, situated on the grounds of Saint Bernard Abbey, is packed with 125 scaled-down reproductions of historic buildings and shrines. Brother Joseph, who built the Ave Maria Grotto from concrete and recycled materials, began making miniature buildings at the turn of the century; it wasn’t until 1932 that he began building the grotto, which opened to the public in 1934. 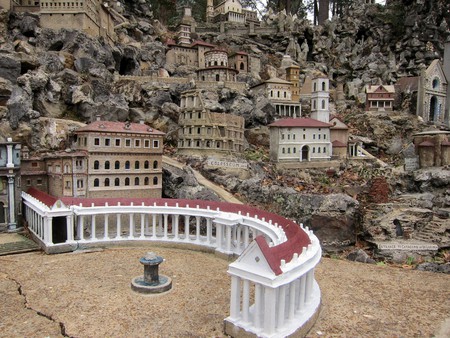 The story of Noccalula Falls – once called Black Creek Falls – is steeped in Native American folklore. As the story goes, Noccalula was the daughter of a great Native American chief, and he promised her hand to a young man from a neighboring tribe. But her heart belonged to another; on the eve of her wedding night, fit with despair, she threw herself over the 90-foot-high falls. Within the 250-acre Noccalula Falls Park lie 25,000 azaleas, caves, and historic buildings. 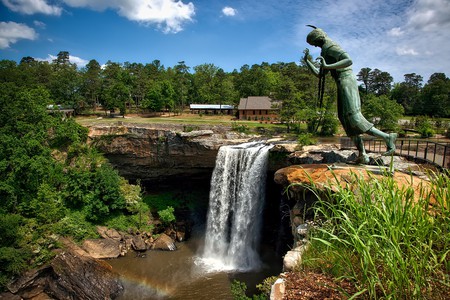 The beauty of the South is its enduring subtropical weather; for Bellingrath Gardens and Home, this means continuous blooming buds and lush greenery year-round. Across the 65-acre public garden, find verdant forest trees, several themed gardens, and endless rows of colorful flowers. The garden is located along the Isle aux Oies River and features a conservatory, nature walk, waterfalls, and a 1930s home decorated with antique porcelain. 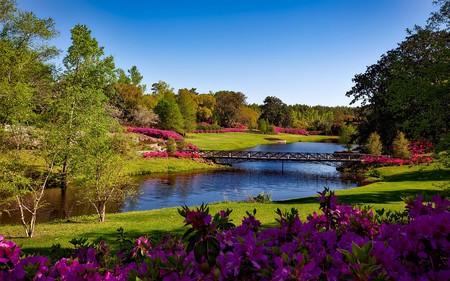 Named for its cathedral-like caves, Cathedral Caverns is marked by massive stalagmites: icicle-shaped formations rising from the cave floors made from ceiling drippings, some reaching as high as 45 feet and over 240 feet in circumference. Cave tours take visitors to other colossal formations, including the ‘frozen’ waterfall, with a walk through the vast stalagmite forest. There are also overnight camping grounds and gemstone mining should you feel the need to get interactive inside the caverns. 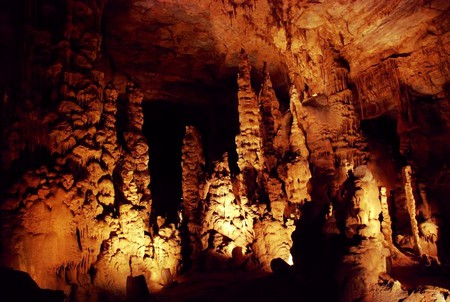 The Cahaba River boasts some of the most scenic and biologically diverse waters in the nation. Near West Blocton, the Cahaba River National Wildlife Refuge protects hundreds of threatened Cahaba lilies – a floating flower only found in South Carolina, Georgia, and Alabama. The buds open at night, during which they are pollinated by the night-active sphinx moths, blooming for one full day before wilting. 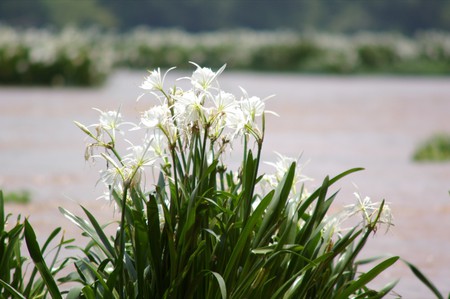 There’s no better view of Alabama than from the highest point in the state. Cheaha Mountain sits at 2,407 feet above sea level, offering panoramic views of the Talladega National Forest below. Located within Cheaha State Park, the preserve covers nearly 2,800 acres of immeasurable natural beauty, from hiking trails and native wildlife to cascading waterfalls. Plus, there’s a lodge and restaurant on-site for those looking to spend a night in tranquility. 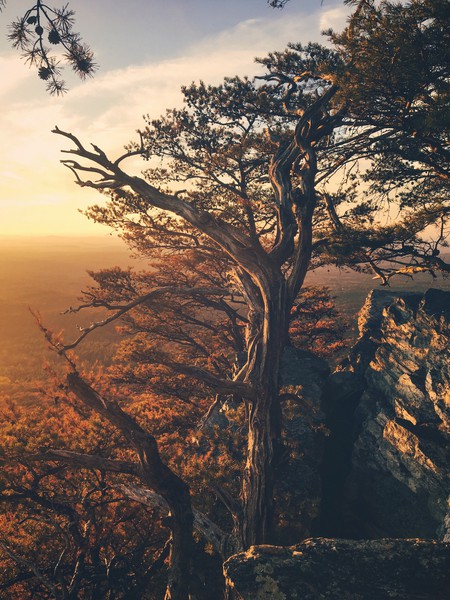 Russell Cave features one of the most complete records of prehistoric Southeastern cultures in the world. Thanks to a collapsed cave entrance, this archaeological treasure has preserved evidence of past peoples for over 10,000 years. Since being excavated in 1953, the caves have provided significant insight into the daily life of early North American inhabitants dating from 10,000 BC to 1650 AD – including the notion that the cave was used as a hunting camp 1,000 years before European settlers came in the 16th century. The monument has a museum and ranger-led tours of the cave. 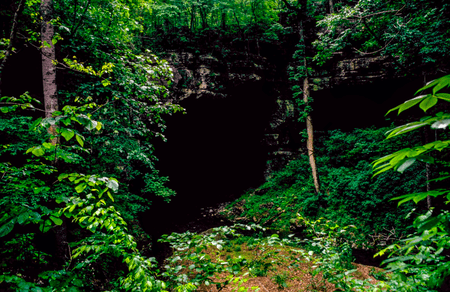