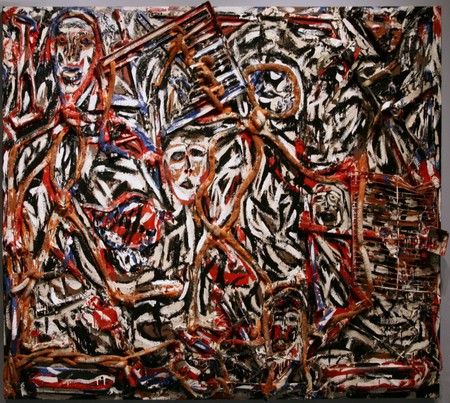 Top Of The Line (Steel) | © Cliff/Flickr

Things are everywhere. People buy, throw away, keep, maintain, use, abuse, and form close attachments to things. For African American Artist Thornton Dial, things are not disposable. They were art, and he didn’t even realize it yet. Born in 1928 in Alabama, Dial was a mixed media artist with a background in metalworking and carpentry. He salvaged discarded items such as trash, metal scraps, wood, animal carcasses, and toys, and transformed them into things of substance. 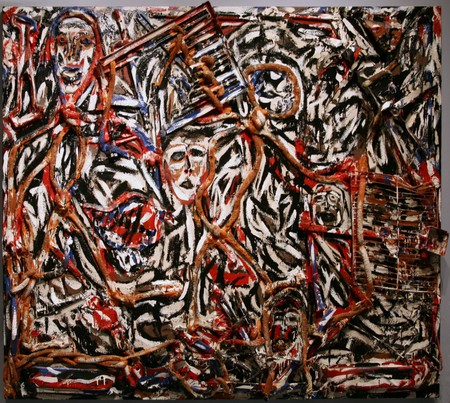 Top Of The Line (Steel) | © Cliff/Flickr

Dial’s deeply layered canvases and thought-provoking sculptures are riddled with symbolism. They address pressing social, political, and historical truths. For a man of very little words, his art speaks volumes to this day. Dial’s work invites viewers to gaze into the depths of their souls and tackle raw but important issues.

Being laid off from factory work at 50 was arguably one of the best things to happen to Dial. He continued his quest of making things and was discovered by art collector William Arnett. Arnett brought widespread recognition to Dial’s work in the late 1980s, and so overnight, his ‘things’ became art. Dial’s works have been acquired and exhibited by many places in America, including the Museum of Modern Art, the Smithsonian American Art Museum, the MFAH, the Indianapolis Museum of Art and the Metropolitan Museum of Art.

Dial was a self-taught artist with very little education and certainly no art degree. His work became known as outsider or folk art. ‘Outsider art’ alludes to a mythic vision of creativity untarnished by the confines of society and other external forces. In truth, Dial drew upon real life in order to produce his work. His art is a representation of black history and the trials and tribulations endured by African Americans in the American South. Inspired by history, the present, and African American yard art, Dial’s work is not wholly outsider or folk. It is art in its purest form. 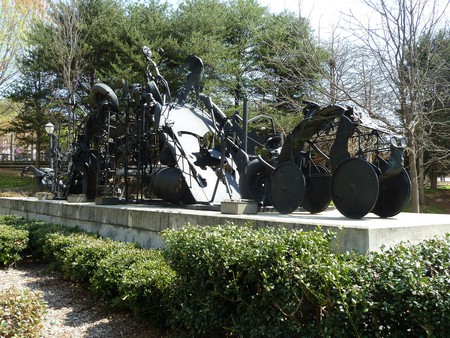 The majestic tiger acts as his avatar and a symbol of strength for the African American community and others fighting for equality. In his work ‘The Last Day Of Martin Luther King,’ Dial’s black-and-white striped tiger is a warrior and pays homage to King and JFK, both advocates for change and social freedom. Dial’s tiger avatar reappears in his work ‘All The Cats In Town.’ His use of rope symbolizes the many decades of those bound by oppression.

‘Trophies (Doll Factory)’ is a layered piece consisting of mangled Barbie dolls, stuffed animals, toys, and splash zone compound, and it addresses the exploitation of women in contemporary society. ‘Don’t Matter How Raggly The Flag, It Still Got To Tie Us Together’ invokes a powerful message that the fabric of our social world has been torn and we need to fix it.

Although Thornton Dial passed away January 25, 2016, his art has left an everlasting imprint on American society. The harsh reality of the African American struggle for equality did not burn out Dial’s flame for freedom nor did it extinguish his optimism. When you experience Dial’s work, take into account his advice of letting it sink in for a while. He believed in change and saw it happen. Thornton Dial’s ‘things’ have made him a prominent, influential and revolutionary African American artist who created art in its truest form.