Here's Where Your Lost Airline Luggage Ends Up 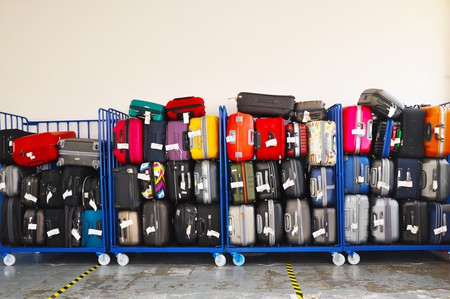 You’ve booked yourself a budget flight and are now determined to avoid those pesky luggage fees by carrying on your bag. Despite your best efforts to pack efficiently, your carry-on proves just two pounds over the limit, forcing you to check your suitcase through to your destination.

Beyond the sheer annoyance of having to stand and wait at the baggage carousel upon landing, the fear sets in that the airline will lose your bag. According to the Department of Transportation, only two percent of airline luggage is lost or goes unclaimed; but what of that two percent?

According to The Telegraph Travel: “Research from SITA, the makers of the World Tracer System for baggage, found that there were 24.1 million mishandled (lost and temporarily mislaid) bags in 2014, a figure that translates as 7.3 bags per 1,000 passengers.” Thankfully, SITA found that majority of lost bags are reunited with their owners within 48 hours, typically misplaced due to transfer mishandling, ticketing errors or tagging mistakes. 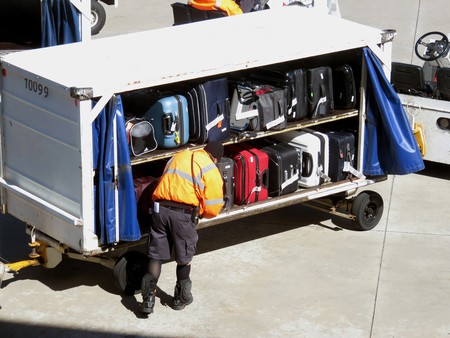 Unclaimed bags, however—that is, bags that are not picked up within 90 days—end up going to auction houses and re-sale shops such as the Unclaimed Baggage Center in Scottsboro, Alabama. According to the Unclaimed Baggage Center website, they have exclusive contracts in place with major U.S. airline carriers so that lost luggage is brought to their processing facility by tractor-trailers before being sorted and priced. Clothes are washed and dry cleaned, jewelry is cleaned and appraised, electronic equipment is tested and wiped of personal data.

“Business is great,” Brenda Cantrell, brand ambassador at Unclaimed Baggage, tells The New York Times. Cantrell goes on to explain how little can surprise her these days, having seen everything from suits of armor to rare musical instruments come through the doors.

Expectantly, most of the goods for sale at Unclaimed Baggage Center are clothes—including wedding dresses and fine furs—followed by electronics and (no surprise here) a disproportionate amount of headphones. Should you lose your bag while traveling, you can rest easy knowing it will find its way to you within 48 hours; but if for whatever reason you are unable to pick your bag up within 90 days, then look no further than Alabama to find that long lost suitcase.