12 Movies You Need To Watch If You Loved Selma

The biggest discussion currently surrounding the film Selma is the Oscar snubs for the lead actors and director, although it has still been given some recognition in the form of a Best Picture nomination. It is a momentous film in that it is, shockingly, the first mainstream film with Martin Luther King as the central character. If you loved Selma, here are 12 more films about civil rights, black history, and strong individuals to watch.

It has now been 100 years since the original release of The Birth of a Nation, and with the recent release of Selma, it goes to show how far both society and the film industry has come over the past century. A silent film based on the Thomas Dixon play The Clansman, it follows the events of the civil war and the southern states in the post-war period. Black characters are portrayed by white actors in black-face, and the Ku Klux Klan are portrayed as a heroic force. While highly controversial, it was still a commercial success on release.

The first mainstream film covering the subject of interracial relationships in a positive light, Guess Who’s Coming To Dinner is a comedy-drama starring Sidney Poitier, Spencer Tracy and Katharine Hepburn. A middle-class couple’s daughter brings home an Africa American fiancé, and hilarity ensues. While not the most poignant of films, it does tackle subtler forms or racism among the wealthier and educated classes. it is also important to note that interracial marriage had been illegal in 17 states until six months before the film’s release.

Based on the Alice Walker novel of the same name, The Color Purple follows the life of Cele Harris, a young African American, at the turn of the 20th century. The film stars Whoopi Goldberg and pre-talk show Oprah Winfrey playing against type to show the problems facing African Americans during this period, including poverty, racism and sexism. There are a number of the scenes that are very affecting and disturbing, for instance a 14 year old Cele being pregnant with her father’s child. It is a Stephen Spielberg film unlike any of his others. 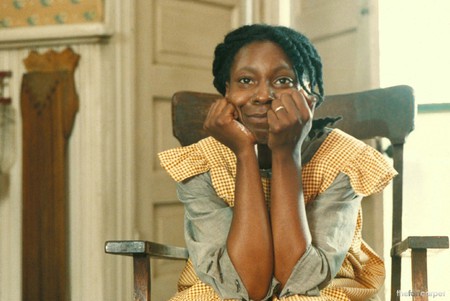 This adaptation of Harper Lee‘s classic novel of the same name remains one of the most influential and enduringly popular works of cinema from the past century. To Kill A Mockingbird follows lawyer Atticus Finch (Gregory Peck) as he defends a black man who is wrongly charged with the rape of a white woman in Depression-era Alabama. Important here, too, is the lessons that he teaches his children about prejudice and justice. The focus here is on fairness, and Peck’s moving portrayal won him, and the film, Oscars for Best Actor and Best Picture.

Another film starring Sidney Poitier, In The Heat of the Night was a mystery drama that won Best Picture. Set in Sparta, Mississippi, the film centers on the murder of a wealthy northern industrialist who comes to the town to build a new factory. The bigoted police department trying to place the blame on Poitier’s character, Detective Virgil Tibbs, who proves himself innocent and is then drafted to help with the investigation. The films works both as a solid murder mystery and as an exploration of racial politics and tensions during the period.

Winning Best Picture in 1990, Driving Miss Daisy is the third adaptation on our list, adapted from the Alfred Uhry play of the same name. The plot follows the relationship between an old Jewish woman, Miss Daisy, and her African American chauffeur over a 25 year period. Set in the deep south, the film explores prejudice and social status in the middle of the 20th century. It also touches on American and black history during this period, and shows how personal and societal relationships changed over the period. 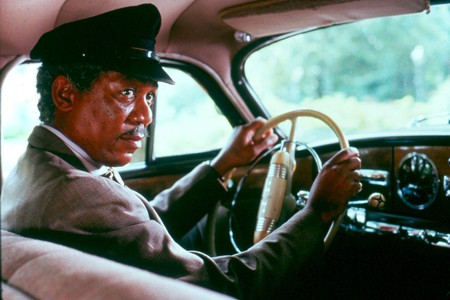 King: A Filmed Record…Montgomery to Memphis (1970)

The second Academy Award nominee Best Documentary Feature on the list, King: A Filmed Record…Montgomery to Memphis is also the only film on our list that relates directly to Martin Luther King. Using only newsreel and non-retouched primary footage, including interviews, sermons and speeches, the film documents King’s life from the Montgomery bus boycott in 1955 up to his assassination in 1968. Originally released as a ‘one time only’ event, the film was then selected for preservation by the National Film Registry for its cultural and historic significance.

Nominated for an Academy Award in a year that was filled with strong documentaries, Freedom On My Mind explores the efforts of civil rights workers in Mississippi from 1961-1964 as they try to get African Americans the vote and raise awareness for racial equality. Using rare archival footage and interviews with noted civil rights activists, the film shows that fact is sometimes more harrowing than fiction, physically showing the lengths that activists and campaigners went for rights and equality.

Directed by Spike Lee, who remains one of the most prominent African American directors to this day, and starring Denzel Washington in an Oscar-nominated performance, Malcolm X is a biopic of the life of activist Malcolm X. Along with King, Malcolm X was one of the most influential African Americans of the 20th century, even if his involvement with the Nation of Islam and later the Black Nationalists was highly controversial. While parts of the film were dramatized, they did not take away from the powerful examination of race relations during this time and X’s politics throughout his life, up to his assassination. 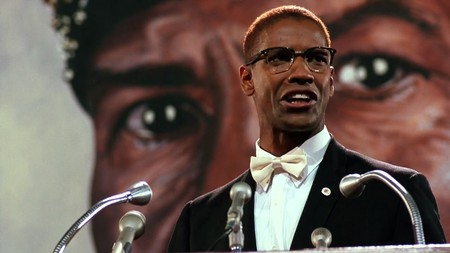 With a cult following, early 200s remake and successful stage show, the musical Hairspray may not be the most obvious choice on this list. On the surface, it is indeed a feel-good musical with a number of popular songs and great commercial success. Underneath, however, the film makes interesting points in its plot of the main character, Tracy Turnblatt, trying to teach Baltimore about racial segregation. Tracy’s main rival is pro-segregation, and in the 80s, even having the main protagonist/antagonist relationship of a film centered on race was an important move.

Mississippi Burning is loosely based on the murder of three civil rights workers in 1964. It is one of the most famous films about the Ku Klux Klan, and this was the focal point of much of the film’s promotional material. As a film it was unafraid to show the sheer brutality of the Klan during a time that people were otherwise keen to forget. Made just over 20 years after desegregation, the film shows how pronounced segregation was during the period it covers, through the persecution of black Americans and the widespread acceptance of segregation laws and racism.

Drawing our list to a close is last year’s Best Picture winner, 12 Years A Slave. With this film and Selma having been released so close together, it signifies that Hollywood is now looking to change its history with African Americans in cinema, by having these stories be told through black characters – rather than from a white perspective – and by black directors. This unflinching film, based on Solomon Northup’s original memoir, is the true story of a free man who gets sold into slavery in the mid-19th century. By telling this previously ‘hidden’ history, and undiluted depictions of African American slaves, the film has really shown the power of cinema and the historical importance, and horror, of these collective experiences. 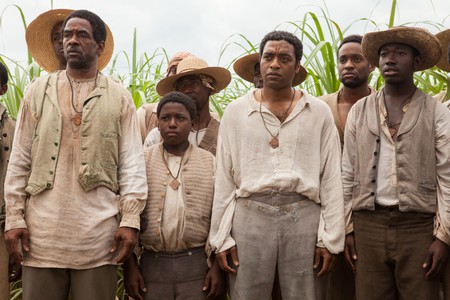