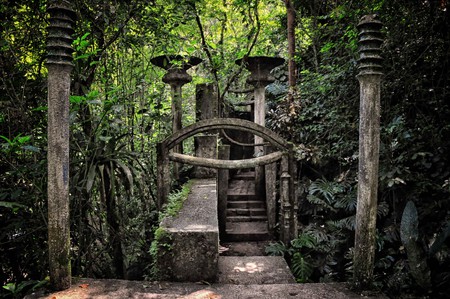 Seven hours outside of Mexico City, the state of San Luis Potosí is harbouring one of Mexico’s most fantastical hidden gems. Hidden deep inside the rainforest near the small village of Xilitla, Las Pozas was constructed and owned by eccentric British poet and artist, Edward James before being acquired by local authorities in 2007 and finally opened to the public. Without a doubt, this is one for the bucket list.

Wandering through the many bridges, winding staircases and narrow paths that constitute the trails which guide you through Las Pozas, you can’t help but be swept up in the wildly surrealist, almost unbelievable, nature of the site. Situated deep in the rainforest, Las Pozas is a magical, surrealist sculpture garden that at times looks like it sprouted from the very surroundings in which it finds itself.

Spread over 80 acres worth of land, a full day barely seems like enough time to explore Las Pozas, especially when you consider that every twist and turn offers a new and spectacular photo opportunity. In fact, so vast and expansive is the site – which was formerly a coffee plantation – Edward James was forced to auction off his collection of surrealist masterpieces to pay for its development. We can all agree that the sacrifice was very much worth it. 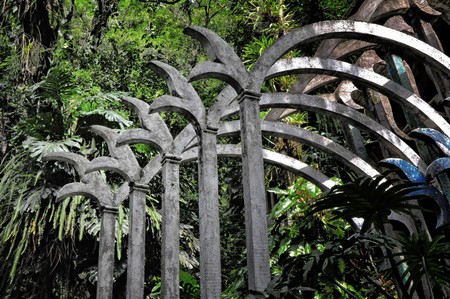 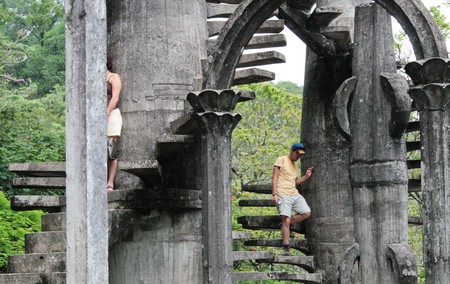 Architecturally speaking, the sculptures (most of which were built in collaboration with James’ friend Plutarco Gastelum) combine several surrealist elements, features lifted from the jungle in which they’re situated and the orchids which James once cultivated with such care. The names of some of the sculptures are practically works of art in their own right, expressing the very bizarre nature of the entire project. Take, for example, The House on Three Floors Which Will in Fact Have Five or Four or Six – if that’s not an attention-grabbing title, we don’t know what is.

While the site itself is most famed for its magical concrete sculptures, it is also blessed with several natural waterfalls and pools (hence the name). The 30+ structures, some of which seem intentionally (or not?) incomplete, are in fact all linked by the naturally occurring streams which run through the site. 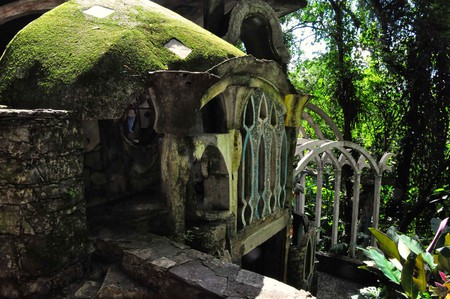 Las Pozas’ origin story is just as bizarre as you’d imagine too; constructed by the British surrealist Edward James in the 1940s, he described it as his very own ‘Garden of Eden’ or ‘Surrealist Xanadu’, choosing to construct it in Mexico over California due to the inherent romanticism and ample space offered by the former. After seeking advice from his cousin, the artist Bridget Bate Tichenor, he set off to Mexico in search for the perfect spot, finally stumbling across Xilitla in 1945. Sculptures were not the main attraction of Las Pozas when it first opened, however; initially, James used the site to cultivate an enormous swathe of orchids, and to house his various exotic animals. 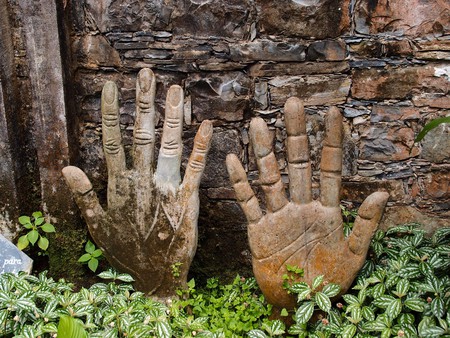 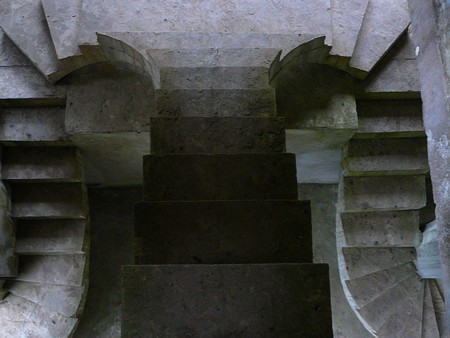 Even its status as a hidden gem can’t shield it from the attention of the art world; earlier this year the enigmatic Tilda Swinton took part in a spellbinding photoshoot for which Las Pozas served as the appropriately weird and wonderful backdrop. 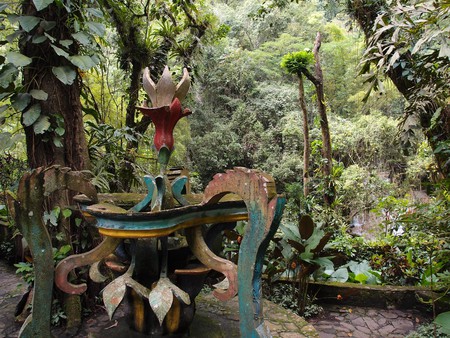