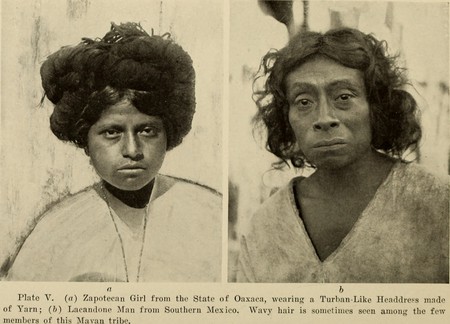 A Zapotec girl on the left and a Lacandon man on the right | © Spinden, Herbert Joseph, 1879-1967/WikiCommons

Chan K’in Viejo, sometimes known as Chan Bor Kin, was the last to’ohil (spiritual and civic leader) of the Lacandon tribe in eastern Chiapas, known for his generosity, wisdom and devout faith, as well as, according to legend, a penchant for cigar smoking and fathering multiple children. Here’s why Chan K’in Viejo remains such a respected indigenous leader to this day.

Who was Chan K’in Viejo?

Chan K’in Viejo was born in Najá at the turn of the century and took over from his father as the community to’ohil in his teens. Despite outsiders having romanticised Chan K’in Viejo as a shaman, in possession of otherworldly powers, the truth of the matter is he was simply a highly respected and knowledgeable leader who ruled for more than 80 years.

In fact, simplicity, religion and tradition were the keys to his life as the Lacandon leader, qualities which helped him unite the people through his cosmological tales and encourage his community to maintain their traditions, values and culture, even as modernity encroached into their territory and threatened their way of life. It was ultimately his influence that helped the Najá based Hach Winik community stave off external influence for so much longer than surrounding areas.

However, as well as being a spiritual leader amongst the Hach Winik, as the Lacandon are known in their native language, Chan K’in Viejo was also a fairly political figure too, denouncing theft and tree felling in their community at the hands of outsiders. He was also a proponent of the Lacandon language. 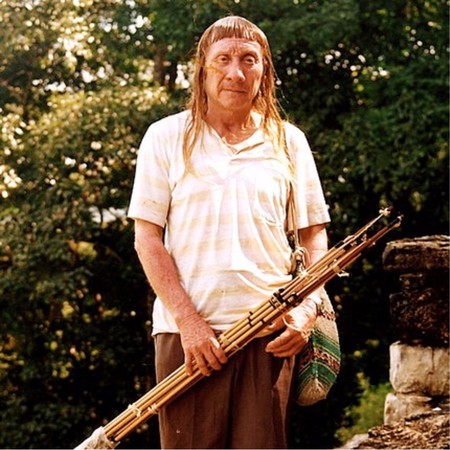 After his death in December 1996, Chan K’in Viejo was survived by his 21 children and two of his wives, Koh and Maria Koh, according to a New York Times report from 1997, although varying sources claim he had either 13, 17 or 21 children and up to four wives in his lifetime. Similarly, reports of his true age vary wildly; some claim he was 96 when he passed away, although others say he fathered his last child aged 99 or 100, and one of his sons suggested he was 104 at the times of his death. Various legends surrounding this fascinating figure even claim he lived to be as old as 120, and never sprouted a grey hair.

Despite some asserting that Chan K’in Viejo converted to Christianity before his death, his community and family strongly deny that ever having happened, and he remains somewhat of a Pagan icon for the Lacandones, who dismantled his house and refused to elect a successor to the position in a mark of respect.

A Zapotec girl on the left and a Lacandon man on the right | © Spinden, Herbert Joseph, 1879-1967/WikiCommons

However, although he was a highly revered figure in Najá’s (Nahá) Lacandon community, it wasn’t until the arrival of Swiss photographer Trudi Blom in the 1940s that the instantly recognisable appearance of Chan K’in Viejo with his long hair and white tunic was brought to a wider global audience. Her five decade long photographic documentation of both the Mayan cultures of Chiapas, as well as the man she considered her best friend (Blom and her husband were eventually laid to rest next to Chan K’in Viejo in the Lacandon jungle) was legendary and, from an anthropological standpoint, invaluable. 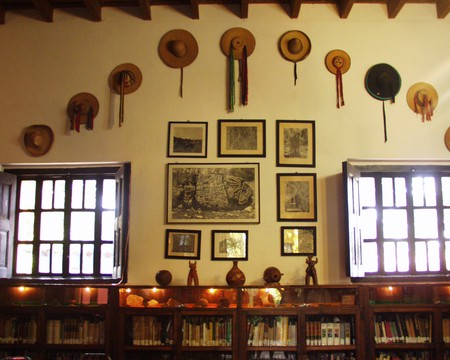 The Lacandon tribe still exists in eastern Chiapas to this day, and Chan K’in Viejo’s sons continue to be part of it. However, modern day Lacandones lead a far less isolated jungle life of hunting and farming, instead dwelling in fewer but larger groups and switching bow and arrows for guns and televisions. Similarly, their religious lifestyle, which involved regular pilgrimages to sites such as Bonampak and Yaxchilán, has all but been forgotten due to the meddling of North American evangelist groups, despite the Lacandones having resisted Hispanicisation and the loss of their indigenous culture for centuries.

Therefore, due to his devoutness, wisdom and preservation of traditional culture, Chan K’in Viejo has been immortalised in popular culture as the last true spiritual leader of the Hach Winik and one of the most respected indigenous figures in Mexico.