Why Are Mexico’s Indigenous People Over-represented in the Prison System? 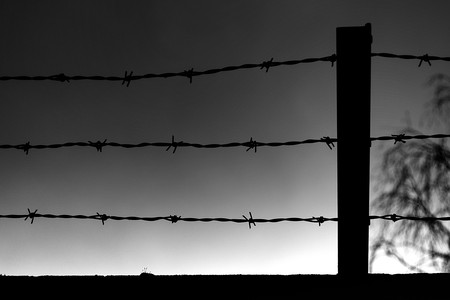 The indigenous peoples of Mexico are statistically far more likely to be imprisoned for crimes they didn’t commit or left languishing in cells for transgressions they’re yet to be convicted of than their non-indigenous Mexican counterparts, but why?

According to reports from 2017, some 8000 indigenous people across the country are imprisoned despite not yet having been convicted of a crime. A vast majority of these are alleged to be indigenous men, jailed for minor offenses.

The flip side of this is the fascinating case of the Guachochi prison in Chihuahua, opened in January 2015, which is entirely populated by indigenous inmates and apparently free of drug abuse and corruption. Most of the inmates, many of whom are said to have walked miles to the prison to own up to their crimes and be incarcerated for them, are those convicted (or accused) of committing serious crimes like assault, rape and murder. 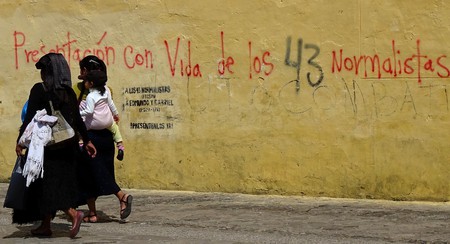 Indigenous women walking past a protest sign in Chiapas. No one has been prosecuted for the ‘disappearances’ of 43 students in 2014, yet indigenous people are not provided with proper legal support. | © Adam Jones/Flickr

However, this idealistic prison is not the reality of most indigenous people in Mexico when faced with entry into the prison system. Nor is the landmark apology that was issued by the Mexican government to three indigenous women from Querétaro, who were wrongly imprisoned for three years for the alleged kidnapping of seven police officers and carrying cocaine.

Instead, of the 2773 indigenous people freed from prison in 2015 due to the intervention of the National Commission for the Development of Indigenous Peoples (CDI, in Spanish), it was asserted that all of them had been unfairly jailed in some way, according to Mexico News Daily.

Furthermore, even not being convicted can be devastating for Mexico’s indigenous population, as many of those accused of crimes (wrongly or rightly) actually spend more time in prison waiting for a resolution to their case than they would have done were they convicted and sentenced in the first place.

Why are Mexico’s Indigenous people over-represented in the prison system?

The answer to why Mexico’s indigenous people are over-represented in the prison system principally hinges on two crucial factors; poverty and language barriers.

Indigenous peoples’ lack of funds often leads to a lack of access to legal counsel or an inability to pay bail, which implies that they must remain in jail until the justice system gets around to dealing with their case. If we take the case of Zapotec prisoner Adán Cruz Gallegos as an example, this could take anywhere up to or beyond seven years.

Furthermore, and despite the fact that the Constitution enshrines the right to an interpreter, many monolingual (and sometimes illiterate) indigenous people, are forced to sign documents they don’t understand and interpreters are rarely provided. This is said to especially impact female indigenous prisoners and can sometimes lead to confessions being coerced from them under duress. Alternatively, as is alleged to have happened in the case of Oaxaca’s Loxicha prisoners, the accused are tortured into signing blank pages which are then filled with false confessions.

So, for the indigenous population of Mexico, the justice system is really anything but.