Who Really Invented the Mexican Wave? 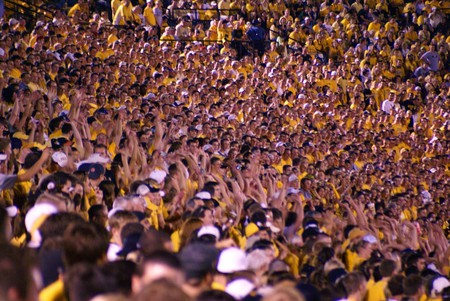 At sporting events across the globe fans can feel it coming. The crowd is electric, the people are up out of their seats, their arms are in the air. There is an inexplicable motion coming and even those who don’t want to participate can’t help but to get pulled up out of their seats when it’s their turn to do … the wave.

This stadium phenomenon is often called “the Mexican Wave” because most of the world had its first exposure to this wild display of team pride at the televised 1986 FIFA World Cup in Mexico. Love of the wave has never died, and you can still be part of it at Mexico City’s Estadio Azteca, the world’s eighth largest soccer stadium with seats for over 87,000 spectators. Although Mexico would love to claim creation of this impossible-to-resist crowd pleaser, the debate over its invention has revealed some evidence of earlier waves washing ashore.

Two claims persist from north of Mexico’s border in the United States. The first comes from “Krazy” George Henderson, a professional cheerleader who cites the October 15th, 1981 ALCS game between the Oakland A’s and New York Yankees as the first time he used the wave as part of his cheerleading routine. Krazy George claims he went section by section and explained to the fans what he wanted them to do. After a few starts and stops, the entire stadium was doing it.

The second claim comes from Univeristy of Washington Husky “Yell Leader” Rob Weller and UW Marching Band director Bill Bissell, who cite its use at the University of Washington’s 1981 Homecoming Game. They say Rob Weller has done a version of the wave in past minor league and high school games but there is no video record of it. The Homecoming game marked its first official debut at the Husky Stadium.

Who to believe? Well, technology is everything these days and the following footage of the Oakland A’s game in 1981 places Krazy George’s claim at 2 weeks prior to Weller’s claim. The proof is in the footage:

If Weller wants to prove his claim he better come up with somebody’s camcorder footage from earlier than October 15th.

According to the Guinness Book of World records the longest Mexican wave (timed) is 17 minutes 14 seconds by Tube, a Japanese rock band, and their fans at Hanshin Koshien Stadium in Nishinomiya, Hyogo, Japan, on 23 September 2015 with over 2,000 people participating.

Today the wave is just as popular as ever, at American football games, soccer matches and just about any event you can think of where thousands of people can’t help themselves but to join in. 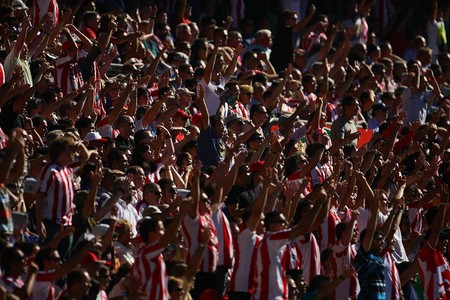 AUGUST 30, 2009 - Football : Athletic fans waves during the La Liga match between Athletic Club and RCD Espanyol at the San Mames on August 30, 2009 in Bilbao, Spain. (Photo by Tsutomu Takasu)
Give us feedback