Where to Stay in Mexico City Like a Local 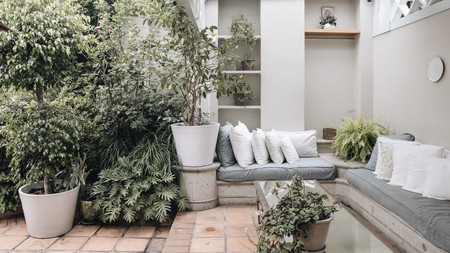 Casas in cool colonias, on-point apartments and historic haciendas are on hand to make you feel at home in the Mexican capital.

Yearning for an authentic slice of Mexico City? It’s all about finding a hotel where locals hang. Whether you’re bedding down in bohemian Coyoacán, rubbing shoulders with the residents of La Roma or soaking up a storied mansion in Colonia Condesa, we’ve found places that’ll help you fit right in. Read on for the top spots in CDMX to live like a local. 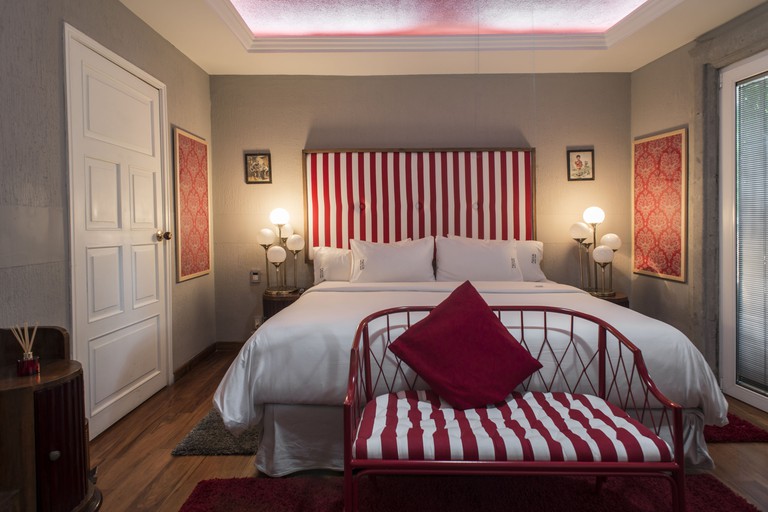 Courtesy of Pug Seal Coyoacan / Expedia
This free-spirited guesthouse is an ode to its surrounding street and its namesake Belisario Domínguez – a mustachioed Mexican politician. It’s located in bohemian Coyoacan, a neighborhood teeming with galleries, museums and creative attractions, such as the Frida Kahlo Museum – a must during your stay. Rooms are as colorful as the area’s characters: walls daubed in deep crimson, palm-shaped chairs and a bijou breakfast room that serves up huevos on pretty vintage crockery.
Open In Google Maps
16 Cda Belisario Dominguez, Del Carmen Ciudad de México, Ciudad de México, 4100, Mexico
+525563637176
Visit Website
Give us feedback 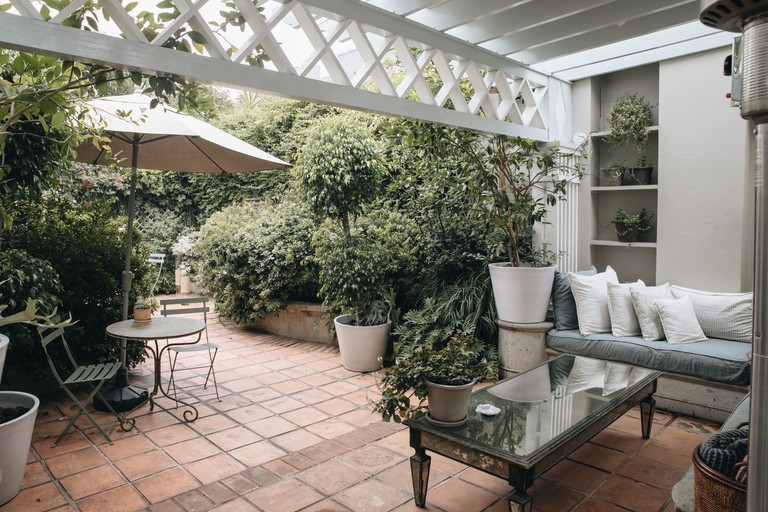 Courtesy of Nima Local Hotel / Expedia
View Rooms
In the up-and-coming La Roma neighborhood, this renovated mansion feels more like you’re staying at a Mexican friend’s home than a boutique hotel. Rooms reference past residents, including a forlorn Frenchman who fell in love with the lady of the house, and a famed Mexican art collector. Make yourself at home with a drink from the honesty bar before unwinding in the shared courtyard, rooftop garden or library.
EVERYTHING YOU NEED TO KNOW 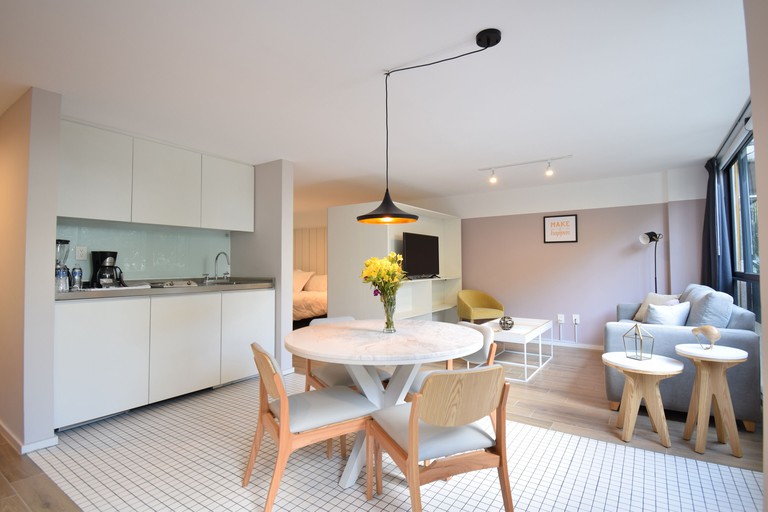 Courtesy of Providencia 848 WTC / Expedia
View Rooms
There’s no better way to feel like you’re living in Mexico City, than waking up in your very own apartment, ready to take on a day of exploring (and eating). This all-suite retreat is set up for short- or long-term stays, with ice-cream-hued apartments and a neon-lit penthouse, plus hotel-style perks such as daily housekeeping and a gym.
EVERYTHING YOU NEED TO KNOW 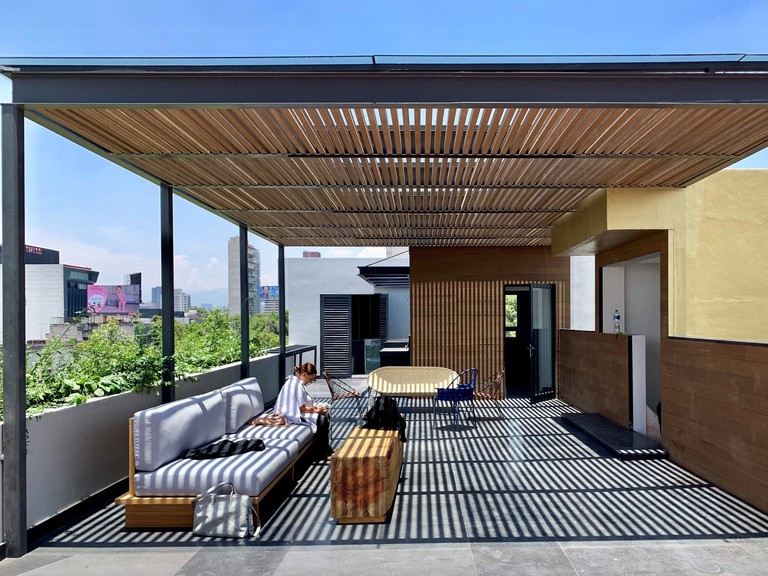 Courtesy of Be Mate Condesa / Expedia
View Rooms
Be Mate apartments are all about traveling in unfamiliar places, while feeling very much at home. You can put your feet up on the couches here without fear of reprisal. However, you may not want to as the designer threads at these 16 apartments, each with their own kitchen, are actually quite nice. This particular outpost is tucked taco-style between some of the city’s coolest colonias: hipster La Roma, cosmopolitan Condesa and the leafy Bosque de Chapultepec – one of the Western Hemisphere’s largest parks, with no end of space to pet pooches and picnic, like a card-carrying Capitalinos, as locals called themselves.
EVERYTHING YOU NEED TO KNOW 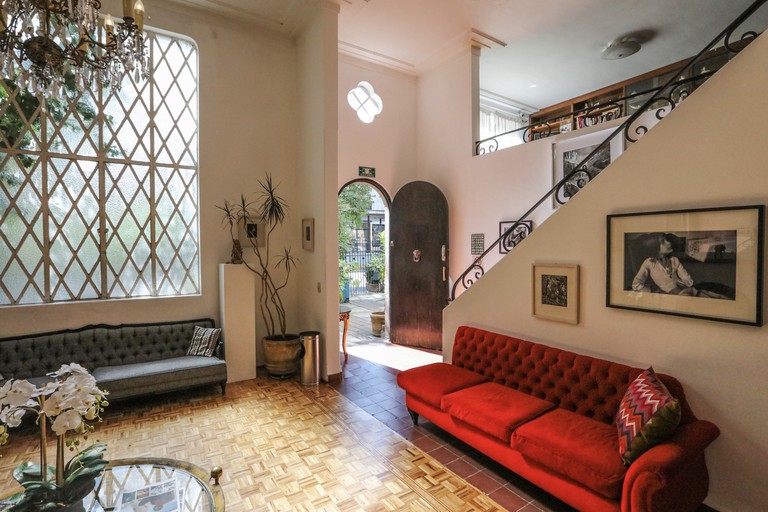 Courtesy of Casa Comtesse / Expedia
Book Now
Live on a tree-lined street in one of the most coveted neighborhoods in Mexico City at Casa Comtesse, a mid-century Condesa mansion turned seven-room bed and breakfast. Enter through the unmarked wooden door to arrive at this classified historic monument, where high ceilings and parquet floors rule the day, original local art hangs, and full-wall windows fill the space with light. Sip an Oaxaca-summoned mezcal at the bar as the team offers local tips and head down for breakfast next morning where chef Daniela presents a banquet of fresh fruits and juice, organic coffee from Chiapas and a special dish cooked fresh every day.
Open In Google Maps
197 Avenida Benjamín Franklin, Hipódromo Ciudad de México, Ciudad de México, 6100, Mexico
+525552775418
Visit Website
Give us feedback 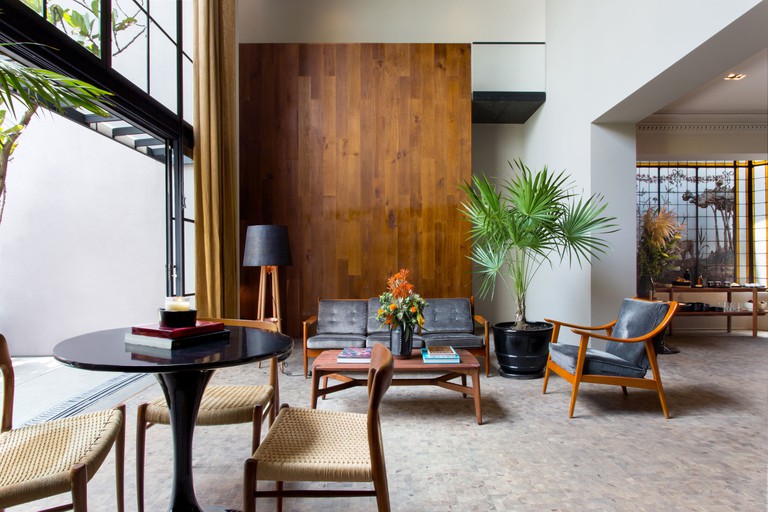 Courtesy of Casa 9 / Expedia
This property was originally owned by an aristocratic Mexican family in the late 20th century. After the family left, the building was abandoned, its façade overgrown and its opulence erased, until architects Rafael Rivera and Javier Claveri renovated it, turning it into a small luxury four-bedroom bed and breakfast. The design is immaculate: mid-century chairs, warehouse-style windows, rattan bedsteads, carefully curated bookshelves. If tantrums ensue at check-out, we won’t blame you.
Open In Google Maps
9 Cuernavaca, Colonia Condesa Ciudad de México, Ciudad de México, 6140, Mexico
+13107309751
Visit Website
Give us feedback 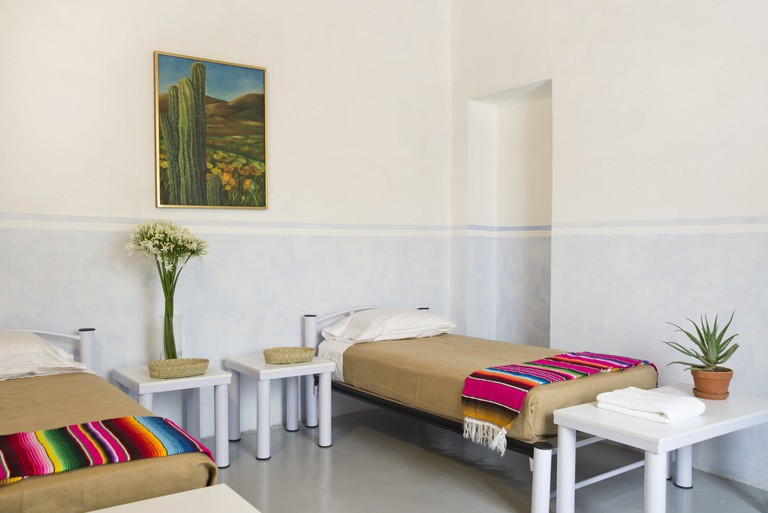 Courtesy of Casa San Ildefonso / Expedia
This 19th-century casa is just in front of the San Ildefonso Museum, home to artworks by Mexico City’s most famous muralist, Diego Rivera, and others of his ilk. Yes, Casa San Ildefonso is a hostel. But you’ll feel like you’re staying in a characterful home. There are no bunk beds in sight, replaced instead by shared rooms with single beds adorned with Mexican fabrics and filled with natural light from airy open doors and windows. Sunny courtyards with secluded seating spots speckled the place. For even more solitude, there are private doubles.
Open In Google Maps
38 San Ildefonso, Centro Histórico de la Ciudad de México, Centro Ciudad de México, Ciudad de México, 6000, Mexico
+525526161657
Visit Website
Give us feedback 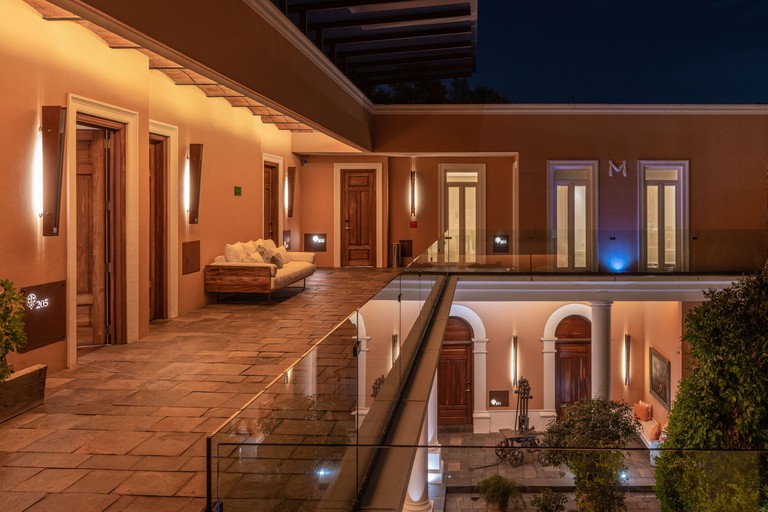 Courtesy of Hacienda Peña Pobre / Expedia
View Rooms
In the leafy outskirts of Mexico City, just near Bosque de Tlalpan, a forested nature reserve, you’ll find this 17th-century historic hacienda. The former farm-turned-hotel remains a place for travelers seeking a tranquil oasis outside the city center. Seek shade beneath an orange tree, take breakfast on the terrace as birds chirp or sink into a leather armchair in the book-lined library. Suites include kitchens for whipping up your own meal.
EVERYTHING YOU NEED TO KNOW
Give us feedback