Where To Go Clubbing In Mexico City

Tattooed DJ | © Pixabay
Mexico City might not have the reputation of, say, Ibiza or Berlin when it comes to a clubbing culture, but that doesn’t mean it doesn’t exist. The Mexican capital is teeming with bars and nightclubs where you can go to dance the night away; whether you enjoy reggaeton heavy playlists, chart topping smash hits, or something a little more alternative, there’s something for everyone in Mexico City. Here are our top clubbing spots in the capital.

Patrick Miller is a well-known nightclub on the Mexico City scene, most notably for its dance-off reputation and massively varied clientele. You pay in advance for your drinks tokens and you’ll definitely leave sweatier then when you came in, so be prepared for an evening you’ll never forget. In fact, you know you’re in for an experience if you decide to stop by Patrick Miller, as it even made our guide to Mexico City’s most unique nights out.

Situated in the heart of Roma, one of the best barrios for nightlife in the city, M.N.Roy also has a somewhat legendary status for its revolutionary namesake and celebrity clientele. If you get in, you’ll be able to enjoy electronic music and a wide selection of cocktails, but getting in is tricky; M.N.Roy is incredibly exclusive. You literally have to be in possession of a membership card (or ring!) to enter, or be tight with whoever’s on the door that night. 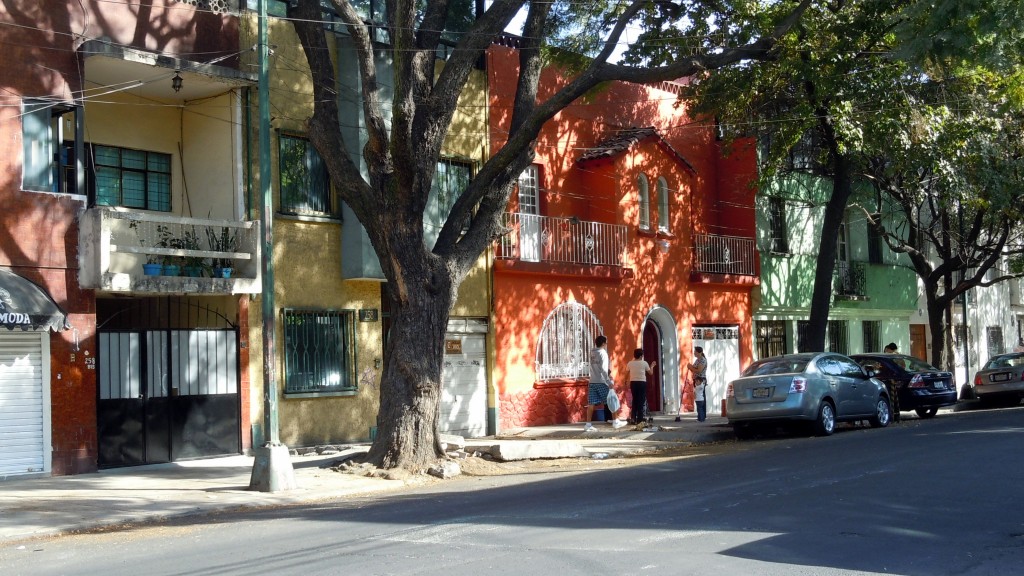 Currently one of the hottest clubs of the moment in Mexico City, Club Social Rhodesia is well located just next to the Glorieta de la Cibeles. As with many other Roma spots, it’s an old converted house that looks deceptively uninviting from the outside, although the queue snaking down the street tells you otherwise. Over three floors, they play pop/rock and dance music, the atmosphere is alternative rather than fancy, and the drinks aren’t too overpriced. 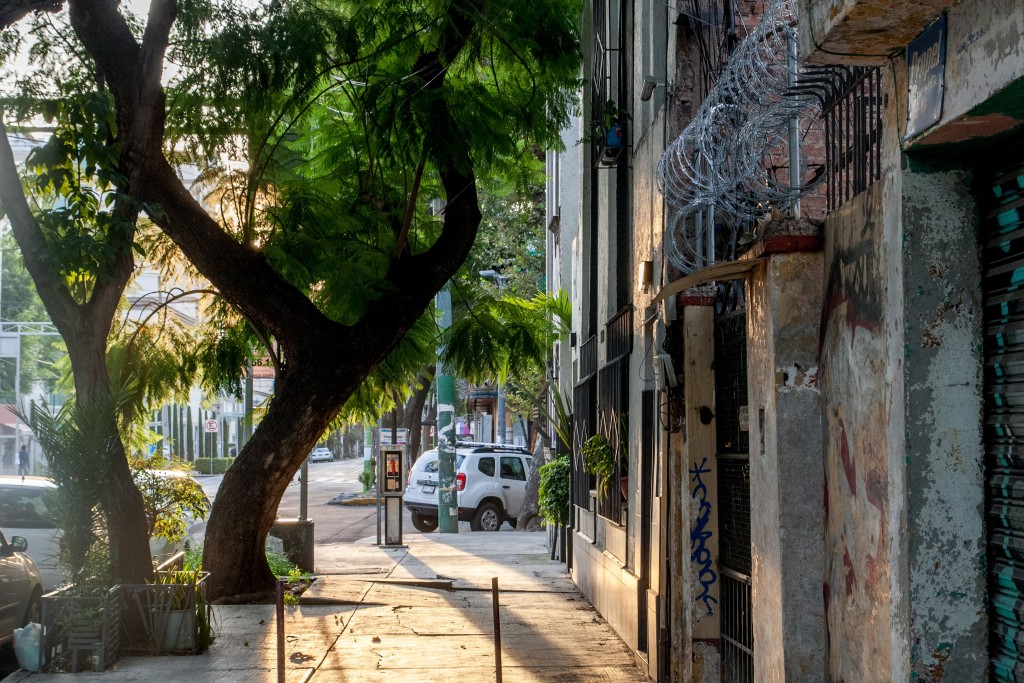 Nightclub, Contemporary, $$$
Mixing Music | Mixing Music
You might feel a bit like you’ve stepped back in time when you enter Americana Club Social, but the experience of visiting this reputable, sensual Mexico City hotspot is out of this world. Stepping past the velvet rope on the door, you’re met with artwork by Gildo Medina, live electronic and house music and outstanding service. As if that weren’t enough, the luxurious club itself is situated in a converted colonial house that has two floors, the second of which boasts a stripper pole.
More Info
Open In Google Maps
42 Calle Lucerna , Juarez, Mexico City, Mexico
+52555566383
View menu
Visit website
Visit Facebook page
Send an Email
Give us feedback
Fri - Sat:
11:30 pm - 4:30 am

It had a hype to live up to when it opened in the swanky Polanco district in October 2016, and live up it did. La Santa Polanco, situated right on the corner of one of the city’s fanciest avenues, Masaryk, is one of the poshest (and priciest) hotspots in Mexico City. You need to be on the list and dressed to impressed – waiting in a lengthy queue just to be turned away is never fun. However, while the vibe is exclusive, the music is commercial. 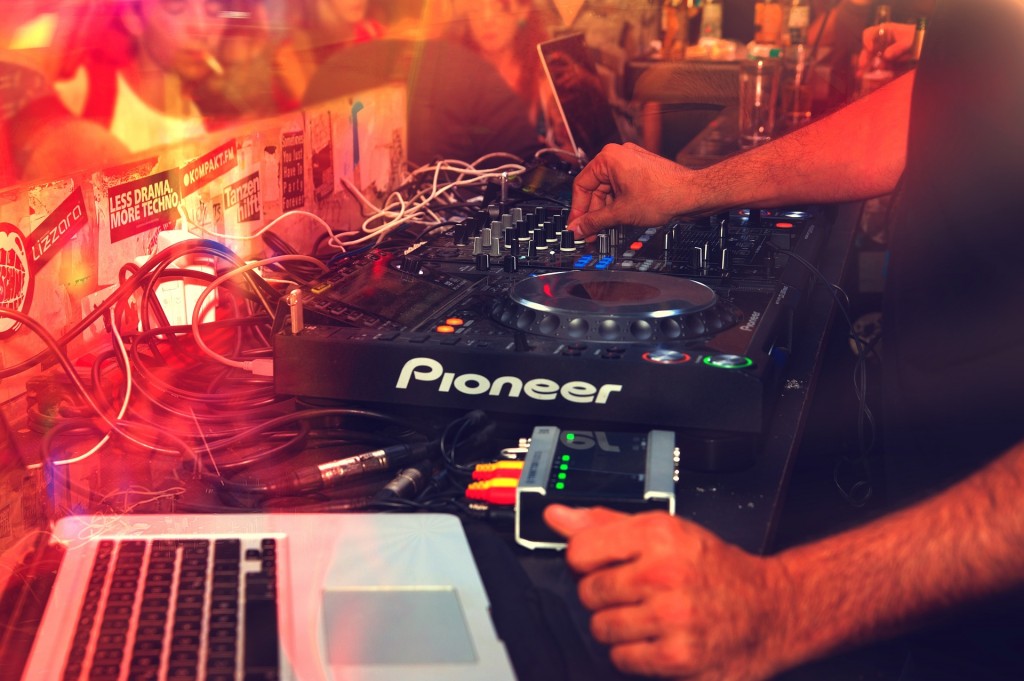 Spread over three floors, each with their own distinctive vibe and atmosphere, AM Local lives up to its name as you more than likely won’t stumble out until the early hours of the morning. LED lights are the principal feature of the interior design and if you think all the action is on the second floor just wait until you hit the third floor terrace. Having now been open for well over 10 years, AM Local is a staple on the Mexico City scene and offers reasonable prices and a flexible dress code. 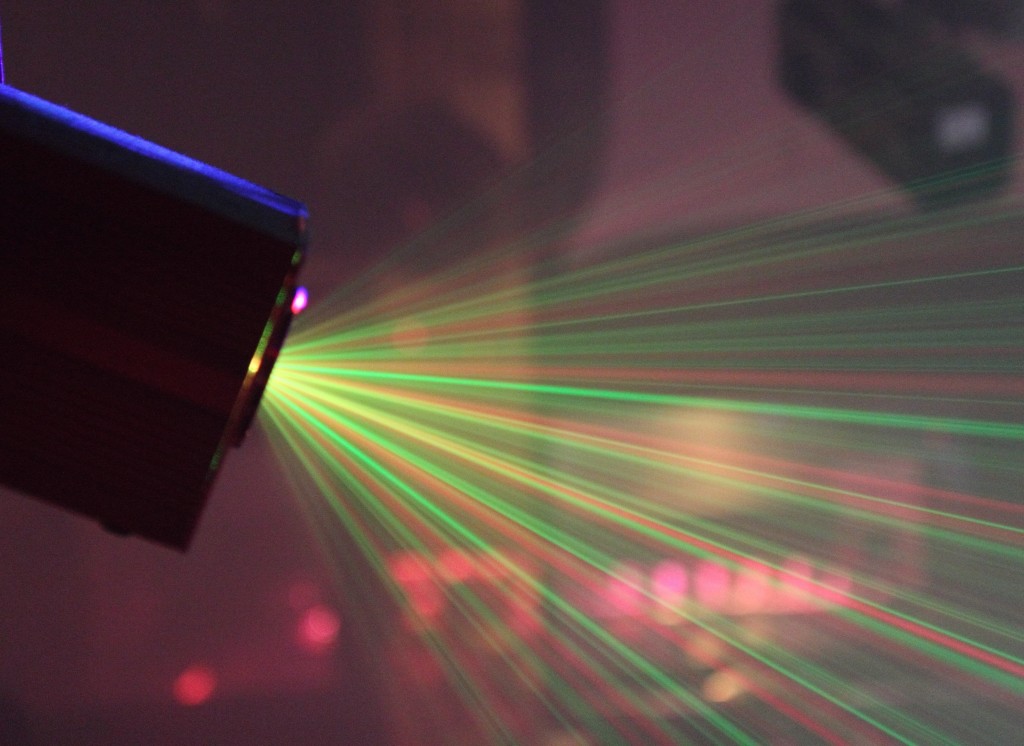 While you might find it difficult to gain access in the first place, given that it has a pretty strict door policy, putting in the effort to get into Leonor is certainly recommended. Located in the Condesa district, Roma’s arguably classier older brother, you can find anything from deep house music to indie tracks playing here depending on the DJ of the evening. It may be small, but it’s a popular club of choice with the Mexico City-ites in the know. 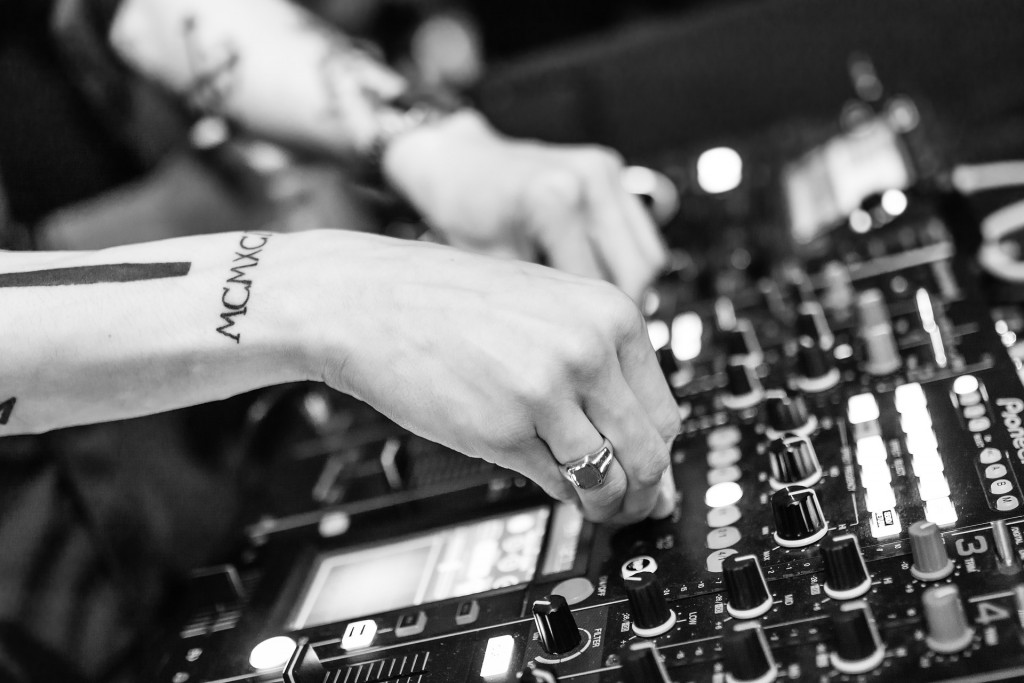 Don’t be confused, or deterred, by the sign that reads ‘Baños Roma’ outside of Main Room because you’re not in fact queuing in your finery to enter a public bathroom, but rather one of the area’s coolest clubbing destinations (you reach the bar via an elevator!). A reservation via Facebook is highly recommended given that, as with many of these clubs, the line is lengthy but the wait is worth it. Only men pay cover. 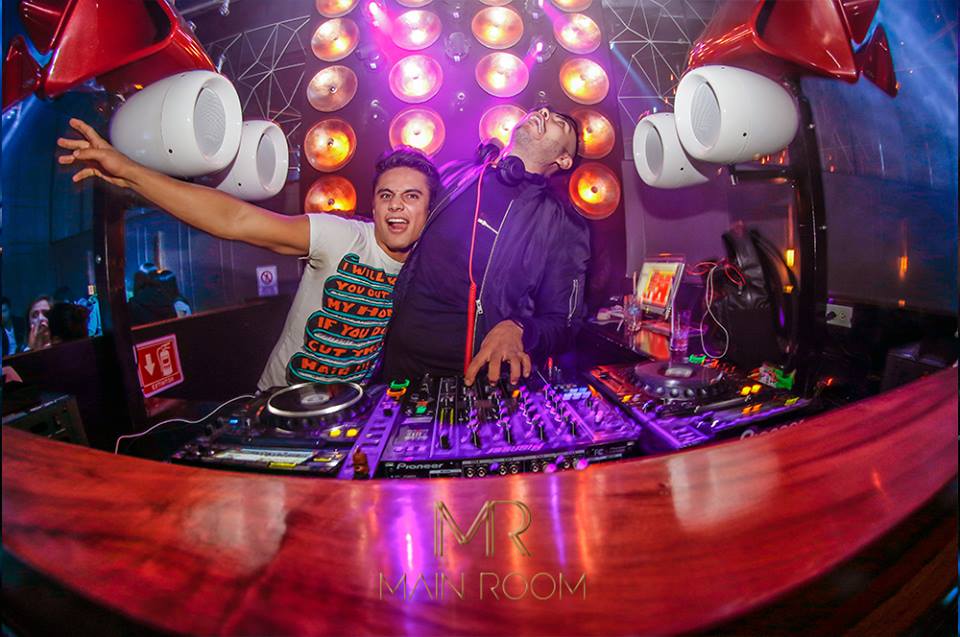 Dinsmoor is possibly one of the options that you won’t find on many guides to Mexico City clubbing, given that its a crazy exclusive nightclub with an entry process akin to an underground speakeasy. Once you’re inside, industrial décor is the order of the day – red neon signs blaring out social media friendly slogans and wire mesh fences. Depending on the night’s DJ, you might get anything from electronic to house music and you must have a table (or a connection) to gain access. Who said Polanco couldn’t do hipster? 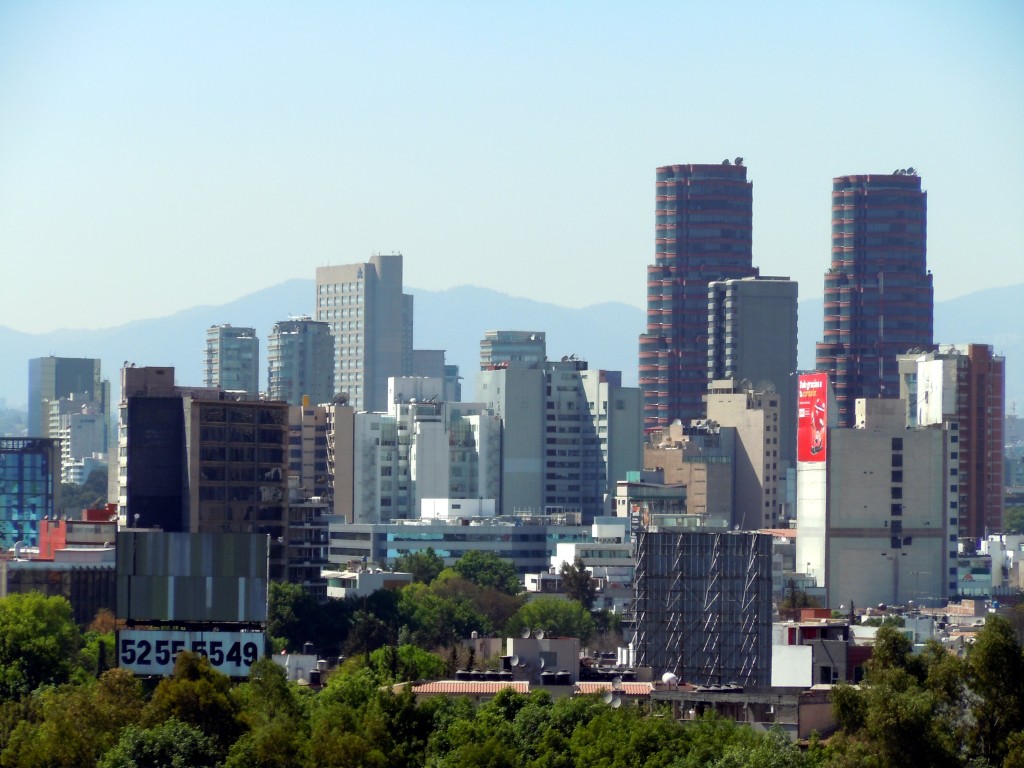 We round off our guide with a club that is also considered one of the city’s most exclusive nightlife destinations, where the interior décor is redone every three months to ensure you always get a new and unique experience. Sens is known for its champagne swigging, posh Mexico City crowd as well as for attracting national and international celebrities, so be sure you’ve got the money and stamina for the place before you queue the night away trying to get in. 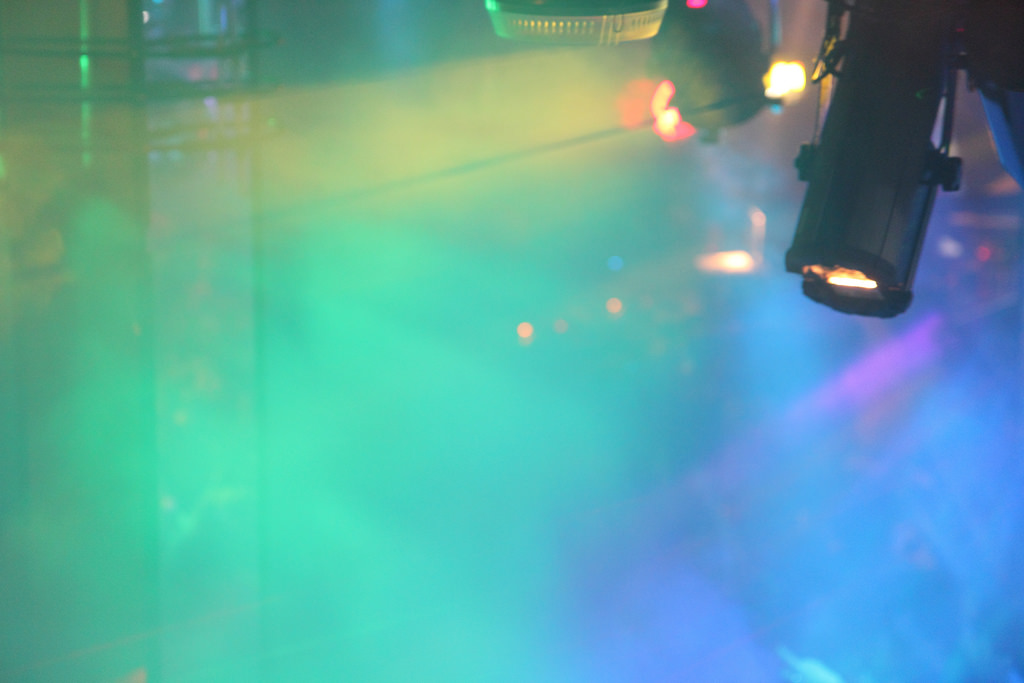