What You Need to Know about Guadalajara's International Mariachi Festival 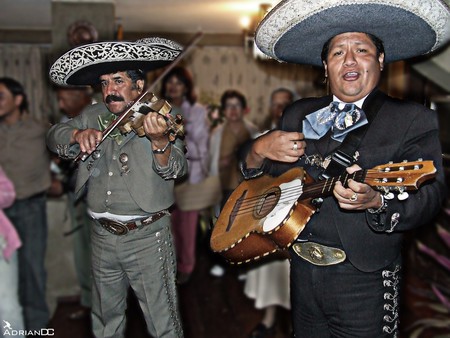 Since 1994, Guadalajara has played host every summer to the Encuentro Internacional del Mariachi y la Charrería, the International Mariachi and Charrería Festival. Mariachi music, along with traditional dance and charrería, the Mexican national sport, take over the whole city. Here’s what you need to know.

The History of Mariachi

Some historians trace the roots of the sounds that inspired mariachi music back almost 500 years, to the musical traditions of the indigenous peoples of the region. Others say it was only born as a result of the arrival of European influences, and claim that the name comes from a French word for a big wedding party (mariage). What’s definite is that this music is one of the most important cultural representations of Guadalajara, Jalisco, and arguably the whole of Mexico.

What all music historians agree on is that the sound originated in western Mexico. The traditional mariachi has evolved from a group of stringed instruments such as the guitar and the violin, into what we now think of as a mariachi band, which includes the trumpet.

Its influence has been so great in Mexican culture that it’s one of the country’s most important cultural exports. Since 2011, mariachi has even been declared by UNESCO to be part of the Intangible Cultural Heritage of Humanity.

When René Rivial León, President of the Guadalajara Chamber of Commerce, traveled to Tucson, Arizona, in 1993, he discovered a mariachi festival that had been running for 30 years. He was astounded that there wasn’t a festival dedicated to this music in his home Guadalajara, the very land of the mariachi, so he returned from his trip determined to found the International Mariachi and Charrería Festival.

The festival begins each year with a Sunday parade with mariachi bands playing, dancing schools showing off the region’s typical dances, and charros (Mexican cowboys) performing with their horses on the main avenue in the downtown area.

The main concerts take place in the Teatro Degollado, but there are also some presentations in public squares all around the city. Some of the concerts are performed by mariachis from other countries who have came to Guadalajara to take music and singing lessons as part of the festival.

Before the festival begins there is a beauty pageant to choose an ambassador. She will take part in events around the world to promote mariachi and the charrería.