What They’re Reading in Mexico This Spring 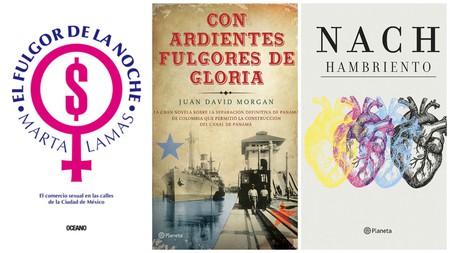 Mexico is a nation of fantastic book fairs, with plenty of up-and-coming authors and poets as well as big name literary giants – think Valeria Luiselli, Octavio Paz and Elena Poniatowska. However, it seems that what they’re reading this spring in Mexico will mainly be new releases from some newcomers and a few established faces. Here are all the titles you should be perusing.

Spearheaded by Cuban caricaturist Angel Boligán, El amor y otras mentiras (Love and Other Lies) is a beautifully put together compilation of drawings and illustrations – which are characterized by Boligán’s unique artistic style – accompanied by stories from fellow Cubans Silvio Rodríguez and Iván de la Nuez. His depictions of love in all its fantastic, fascinating and sometimes painful forms make this the ideal book to leaf through before displaying proudly on your coffee table this spring. 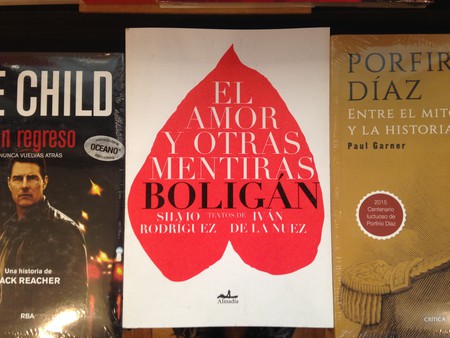 Juan Pablo Villalobos has been a writer on the literary scene in Mexico for some years now, ever since his sharp and funny debut Fiesta en la madriguera (Down the Rabbit Hole). No voy a pedirle a nadie que me crea (I’m Not Going to Ask Anyone to Believe Me) is his fifth novel, which demonstrates the necessity for both humor and literature in our lives, and was recently awarded the Premio Herralde de Novela. 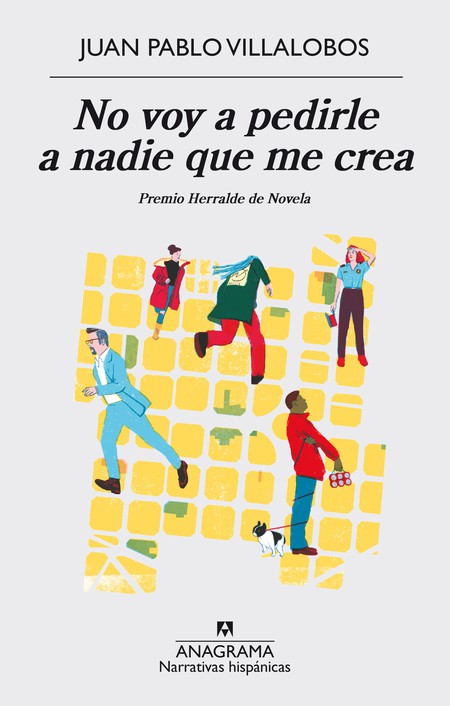 No voy a pedirle a nadie que me crea | © Anagrama

Eladia González’ 1999 classic Quién como Dios (Nobody Like God) is enjoying recirculation throughout Mexico’s leading bookstores of late, since its recent re-release. A reflection on 19th century life in Mexico, through the eyes of protagonist Soledad, Quién como Dios remains González’ most famed work to date and, at almost 20 years old, still feels as fresh and interesting as ever before – although if you like this text then Mi nombre es Eva might also be up your street. 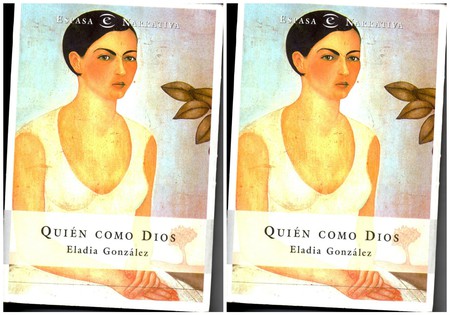 Released last year, Elena Favalli and Francesca Cavallo’s excellent compilation Cuentos de Buenas Noches para Niñas Rebeldes (Goodnight Stories for Rebel Girls) remains popular among readers in Mexico, not least for its refreshingly feminist approach to educating young girls. Funded by a Kickstarter campaign, the work of 100 female artists features in this text and the stories of hundreds of inspirational women are told in an engaging way making it one for the adults as much as the kids. 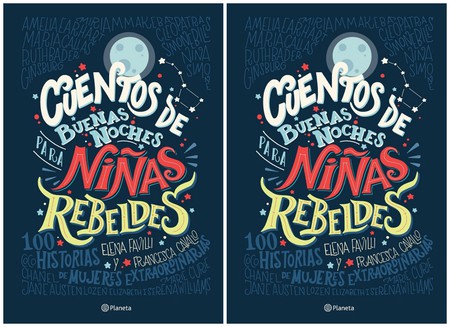 Everything Mexican anthropologist Marta Lamas touches turns to gold. She’s perhaps best known for her endless dedication to reproductive rights and education through her work with GIRE, but is also an accomplished author. Her most recent book, El fulgor de la noche, tackles the often controversial and regularly reviled topic of sex work on the streets of Mexico City. Featuring extracts from her conversations with sex workers and a reframing of the narrative around this profession, it’s an honest and fascinating read. 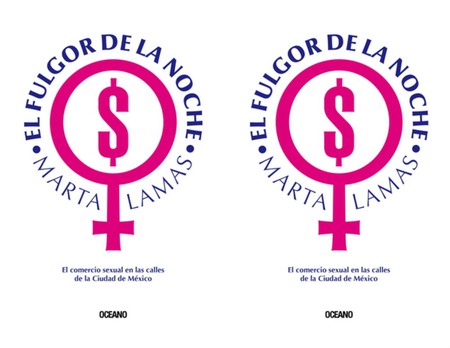 The Spanish language translation of Carole Brody Fleet’s excellent 2015 novel When Bad Things Happen to Good Women (Cosas malas que les pasan a las mujeres buenas), is a collection of tales from women who have come face to face with tragedy and made it through the other side. One of those books that you won’t be able to stop thinking about for weeks afterwards, it’s both heart wrenching and practical at the same time in whatever language you read it. 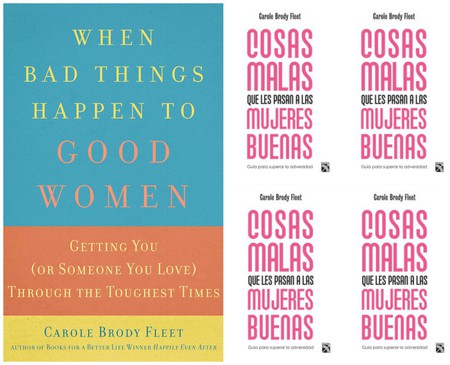 Another blast from the past will be featuring on reading lists across Mexico this spring as Juan David Morgan’s Con ardientes fulgores de gloria is back with a revamped front cover but the same excellent content. A fantastically and richly detailed story based heavily on real life events, this novel details the US-propelled development of the Panama Canal and Panama’s resulting independence from Colombia. A must-read for anyone interested in this aspect of Latin American politics and history. 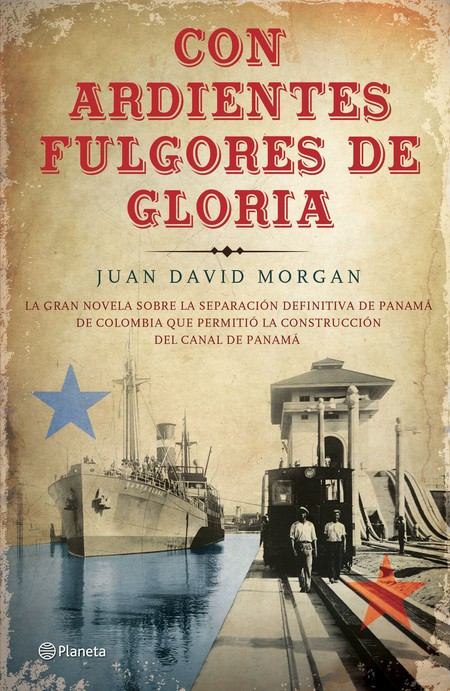 We know you shouldn’t judge a book by its cover, but it’s hard not to when the cover is as beautiful as that of Hambriento by Nach. A poetry compilation by the accomplished Spanish rapper Nach, this is a surprising and beautiful text well worth taking the time to read over and over again, as a bountiful stream of emotions flows from every page and poem contained within, and you might be at first struck by the complete sincerity with which Nach writes. 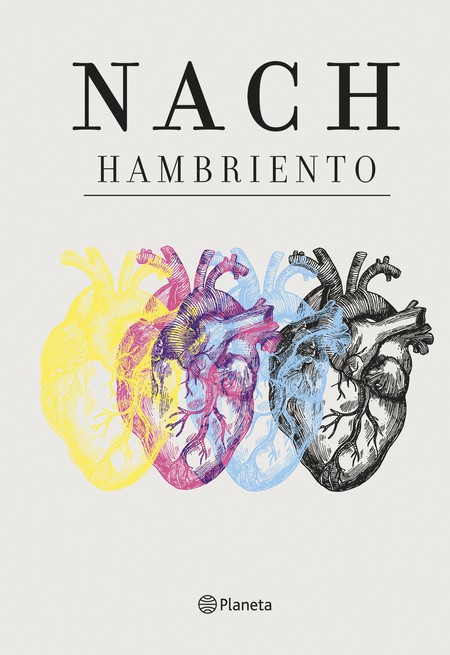 If you’re more interested in history than poetry, but still want to focus your reading around an, if not inspirational, at least hugely fascinating woman, then Carlota: La emperatriz que enloqueció de amor by Laura Martínez-Belli is the book for you this spring. Martínez-Belli details an alternative perspective on the woman who played a huge role in Mexican history but was forever vilified as a madwoman, instead positing that she was hugely capable of ruling and actually quite ahead of her time. 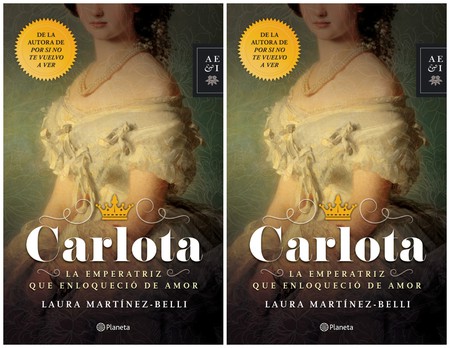 Finally, the last book you should be reading this spring – if you want to do as the Mexicans do, that is – is Julieta García González’ Cuando escuches el trueno. In it, she discusses the themes of love, pleasure and loss, dealing at length with the controversial but intertwined notions of violence and submission through the medium of her liberated protagonist, Ana Solís. If you want to try before you buy, there are numerous Cuando escuches el trueno extracts circulating online right now. 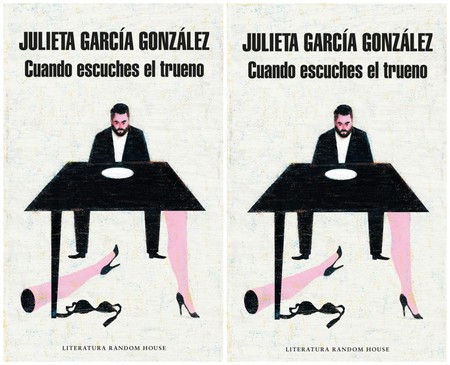