What Makes the Chopo University Museum So Special? 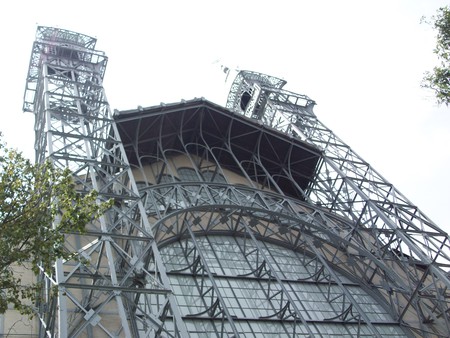 An imposing shadow is cast by the Museo Universitario del Chopo. Its towering metal frame connected by thousands of glass-paned windows, two tiny catwalks wrapped around the watchtowers that flank its front entrance. Inside, a glassed-in box seems to float in the middle of this industrial space, home to the musuem’s café, bookstore, and a few other exhibit rooms. The musuem, one of Mexico City’s most iconic cultural spaces, hosts rock concerts, contemporary exhibits, conferences and other cultural expessions of the young Mexican art scene.

The building was designed by famous Berlin architect, Bruno Möhring, a German Art Nouveau (Jugendstil in German) pioneer. It was originally purposed to house an art and textile exhibition in Düsseldorf, Germany in 1902. After the exposition, the building was bought by Mexican businessman José Landero y Coss to serve as a showroom for industrial and artist products.

The building’s sections were shipped to the port of Veracruz, came by railway to Mexico City, and were reassembled in the new Colonia, Santa Maria de Ribera, at the turn of the century. Santa Maria was then the very peak of modernity with its planned streets and modern amentities. The neighborhood’s streets were named after flowers and trees and the musuem happened to be built on Chopo street (Poplar in Spanish), providing its future name. 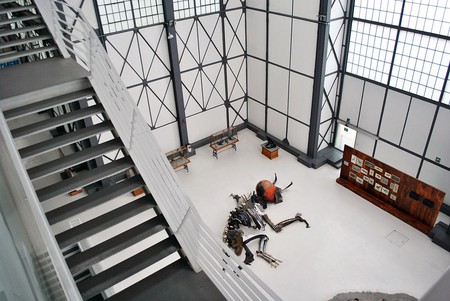 In 1905 Landero y Coss’s company went bankrupt and they signed a deal with the then Department of Public Instruction and Fine Arts to turn the building into the National Museum of Natural History. For a brief interlude before becoming the Musuem of Natural History, the building served to house the Japanese pavilion at Mexico’s bicentennial celebration in 1910.

It was officially inaugurated as the Natural History Musuem in 1913 and housed a collection that included zoology, biology, minerality and geology exhibits, and even the replica of a Jurassic dinosaur donated to the museum by Andrew Carnegie’s widow in 1926. It served as the Natural History Musuem until 1964 when it was abandoned for almost 10 years until the National Autonomous University of Mexico (UNAM) decided to revive the space as a contemporary art museum in 1972. 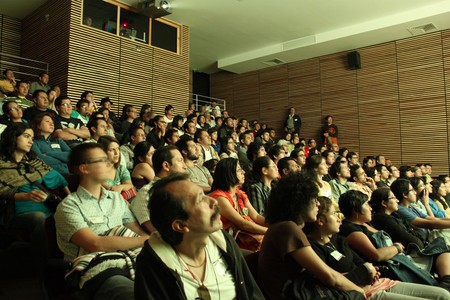 The musuem, while an important location for young, contemporary art in the city for decades, also played a vital role in the development of Mexican rock music. Repression of student movements in Mexico during the ’60s and ’70s caused much of the budding rock scene to go underground.

In 1980, the director of the musuem decided to host a battle of the bands night in the musuem, judged by some of Mexico’s most cult writers and musicians of the time. They also hosted the first Books and Records Fair that year, which has now mutated into the Chopo Tianguis held in the neighborhood every Saturday and known for its punk, goth, and other alternative tribesmen that come to swap music, clothes, and other paraphernalia. 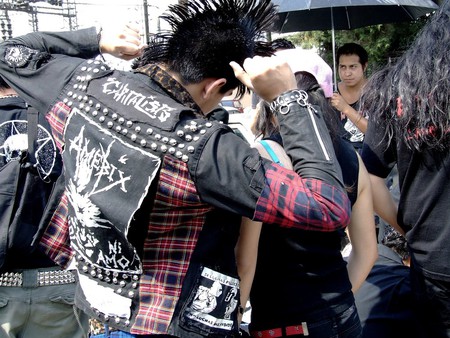 The musuem has been renovated many times, most recently in 2010 to give it a technoogical update, but has never lost its core mission of injecting young, contemporary, and often marginalized artists and art into the creative scene of Mexico City. It remains one of the city’s most important musuems and one of its most striking buildings.