What Are Those Strange Sidewalk Markers In Mexico City? 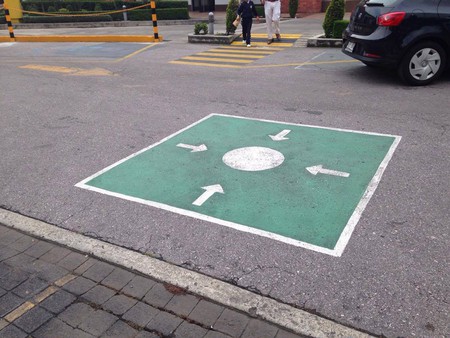 Wander around Mexico City and you’ll stumble across them in seconds, painted haphazardly across pavements and other pedestrianized areas. Green circles (sometimes squares, sometimes rectangles) of varying sizes with white arrows pointing at a central dot can be seen across Mexico City and the surrounding areas, but why? For Mexico City natives or long-term residents, these inconspicuous and abundant so-called ‘sidewalk markers’ merely blend into the city’s scenery, but visitors are sometimes baffled as to their purpose. Here’s a quick guide to these unusual painted pieces and how they could save your life the next time you’re in Mexico City.

Mexico City is situated on one of the world’s most unstable foundations — the sinking Aztec stronghold of Tenochtitlán — so it’s no surprise that it’s a hotspot for earthquakes. Its reputation as an earthquake zone (Mexico has had over 1000 earthquakes in the past year alone) led to the introduction of a set of safety regulations that included these painted street-side markers in 2002, according to Fabricio Castrejón. Also known as puntos de reunión, they serve to protect and promote safety during times of natural disaster and fires by serving as a predesignated spot where residents of neighboring buildings can gather. However, the positioning and inclusion of these mandated meeting points is down to building owners, not the government. 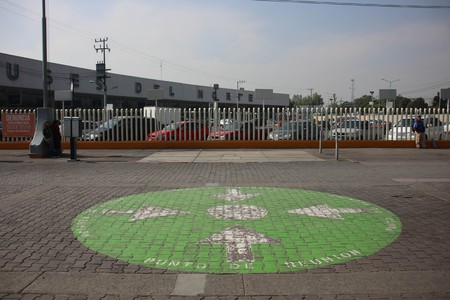 These markers are supposed to be far enough removed from the building in question to give space for the residents and visitors to gather around and be safe at the same time, away from falling debris. In reality, the often cramped nature of Mexico City’s streetscapes does not allow for such luxuries, and these puntos de reunión can sometimes be found within mere meters of high office block walls. Even if they were located further away, it’s still difficult to predict whether the often wildly overloaded electricity cables will fall. Despite this, their importance is nevertheless firmly fixed in the collective memory of this sprawling city due to the horrific destruction caused by the infamous 1985 earthquake. In remembrance, earthquake drills are carried out each year on September 19th and residents gather around these green-and-white puntos de reunión.