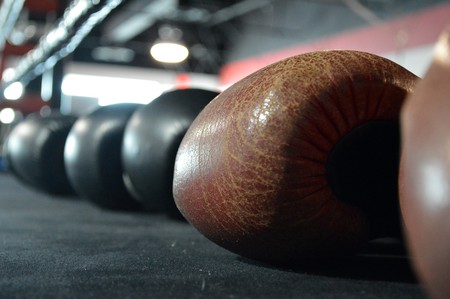 The name Tepito is instantly recognizable to Mexicans, bringing to mind images of tough streets and rowdy market vendors – Mexico’s archetypal barrio bravo, or “fierce neighborhood”. Yet despite its reputation, many residents are incredibly proud. The neighborhood has produced some of the country’s most celebrated icons, including comedians, soccer players, and most notably, boxers.

Tepito is so closely associated with the “sweet science” that the neighborhood’s subway stop sign is a boxing glove. Home to several world-renowned boxing gyms, Tepito has produced several icons of the sport including Carlos Zarate, Kid Azteca and Rubén Olivares. Other great fighters such as Marco Antonio Barrera were born outside of the neighborhood but frequently visited its gyms to train. 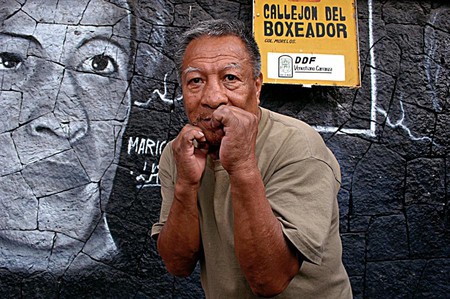 Boxing is a way of life in Tepito, and many parents are keen for their children to train in the sport, both so they can protect themselves on the streets and so they might achieve financial success.

Local boxers are heroes in Tepito and provide vital role models in an area where the criminal life is a constant temptation for youngsters. Tepito is known for its drug-trafficking operations and youngsters grow up seeing friends with new trucks, gold watches and easy money.

Boxing, which requires discipline, sobriety and strenuous exercise, offers a clear alternative to the criminal culture that provides drug cartels with their steady supply of recruits. It also offers residents hope and a way out of poverty.

Welterweight boxer Kid Azteca was the first in a long line of Tepito boxers to find success on the international stage. Boxing professionally from 1932 to 1961, Kid Azteca, (whose real name was Luis Villanueva) fought more than 250 times and was noted for his exciting style. 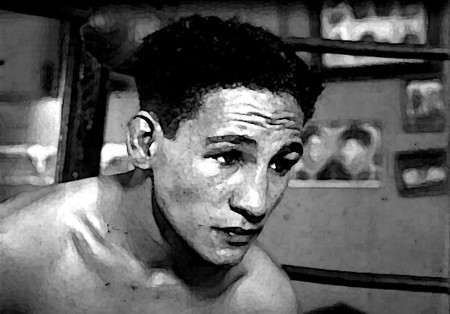 Later Tepito boxers went on to achieve even greater things in the sport. In 1999, the Associated Press voted Carlos Zarate and Rubén Olivares as the greatest bantamweights of all time. Both legendary Tepito fighters were known for their incredible power. Zarate once knocked out 23 opponents in a row, while Olivares knocked out 24, making them the only two fighters in history with such impressive knockout streaks.

Boxing icons such as Azteca, Zarate and Olivares are key to the identity of the region. Tepito is often spoken of in a negative light outside of the area and is best known for its market and the criminality that plagues the area. Yet local residents are often extremely proud to have roots in the neightborhood and boxing is an important part of their sense of identity: these are a fighting people, who will stand up to anyone. As a traditional center of working class life, Tepito has similarities to the East End of London before gentrification set in during the 1980s.

The working-class pride of Tepito residents is powerfully reflected in a popular saying in the neighborhood: “To be Mexican is a privilege, but to be from Tepito is a gift of God.” 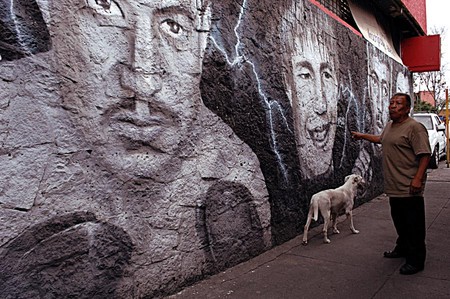