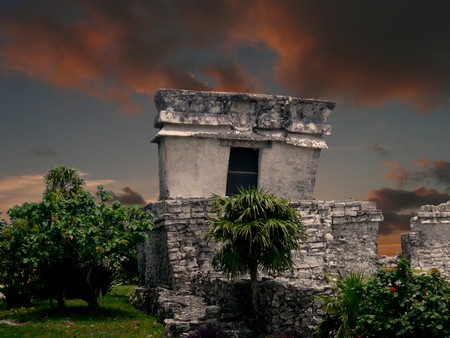 The Yucatán Peninsula is home to many geographical wonders, including verdant jungles and stunning Caribbean coastline, not to mention the many cenotes that speckle its surface. Yet just underneath the surface lie hidden marvels too, most notably Ox Bel Ha, otherwise known as the longest underground cave system in the world. Here’s everything you need to know about this fascinating Mexican phenomenon.

The Ox Bel Ha system, meaning ‘Three Paths of Water’ in Yucatec Maya, is one of the region’s most important sources of fresh water and was named as the longest underground cave system in the world by the National Speleological Society just last month. Situated just south of Tulum, and close to the fascinating Sian Ka’an Biosphere Reserve, this complex system of limestone caverns and passageways had long been considered by divers and researchers as one of the Yucatán Peninsula’s most interesting. However, it was actually one of the last of the region’s four biggest to be explored; work to map it out began as late as 1998, a good nine years after the exploration of nearby Sac Actun had started.

Mexico hasn’t always held the title of the country with the world’s longest underground cave system for long though; it’s only been a decade since the aforementioned Yucatán system Sac Actun was first crowned, after subsuming the nearby Nohoch Nah Chich system and knocking the Philippines’ Puerto Princesa system off the top spot. In fact, the Mayan marvels of Sac Actun and Ox Bel Ha have been tussling it out for the title since then, but May this year saw Sac Actun (with a current explored length of 259.5km (161.2 miles)) finally lose its crown as Ox Bel Ha edged ahead, measuring a total of 270.2km (167.9 miles) .

blues of the day .

Don’t feel too bad for Sac Actun though, which translates from Yucatec Maya as ‘white cave’ and has around 150 cenotes dotted along the length of it, because when you account for connected dry caves, it’s easily Mexico’s longest at 346.7km (215.4 miles). It’s still got some way to take the world title however, as the reigning champion in Mammoth National Park, Kentucky has a whopping 651.8km (405 miles) of explored passageways.

If you want to explore one of Mexico’s largest underground cave systems, your best bet is to start with the more accessible Sac Actun, which is known for its wildlife as well as some rather gruesome human remains in a few of its cenotes. Though there are some 140 cenotes in Ox Bel Ha, for the most part, they remain lesser explored by tourists and harder to reach – that said, it’s well worth the effort seeking them out if you’re interested in diving there.