Watch Out For The Charming Restaurante Cluny 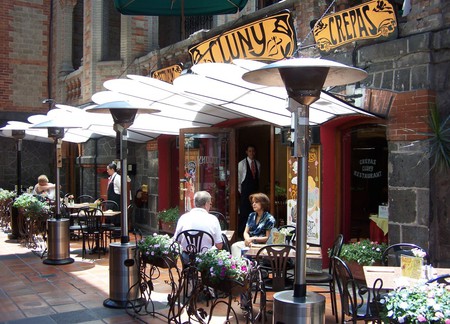 Sophistication and professionalism radiates from the elegant dining room at Restaurante Cluny, one of San Angel’s most popular upmarket restaurants. Restaurante Cluny is located in a beautiful old house dating back to 1901, which boasts murals based on the works of the French artist Toulouse-Lautrec. Having started out as Mexico City’s first ever crêperie with only 14 tables in 1974, Restaurante Cluny has become a great success, offering a mouth-watering menu of French cuisine as well as providing baguettes from their own bakery and also serving home-made sauces, dressings and ice creams. We caught up with the Cluny family to hear a bit about their history and what makes them unique.

With 40 years history, what has made Restaurante Cluny so successful over the years in your opinion?

We created a new style of French restaurant that specialised in crêpes and maintained high standards. Everyday, one of the three partners tries all the sauces, salads, dressings, in fact almost all that we produce. We have done this for almost 42 years now. Also, we continually update the menu and the facilities in the restaurant as well as introduce new dishes, wines and beers etc.

We opened Cluny Le Bar across from the main restaurant almost 12 years ago, which is one of the only bars in Mexico which offers wine ‘flights’. It is small, intimate and very popular.
Can you tell us any interesting stories that have taken place in Restaurante Cluny during the past 40 years?

A couple of years ago a client (who we will refer to as Oscar) asked if we would allow him to do something special in order to propose to his girlfriend. The story goes as follows…

Oscar made a dinner reservation for two and told us that his fiancée-to-be would be very upset upon arriving for dinner as he wouldn’t be going with her to her best friend’s wedding which was taking place later that evening. In an attempt to make up for this, he was inviting her for dinner in Cluny before the wedding which she would be attending without him, or so she thought. Several of Oscar’s friends would sit at a nearby table unbeknownst to his girlfriend in order to take photos of the event and also be part of the surprise.

When the big day arrived, five of Oscar’s friends, who were part of the choir in which Oscar sang as well, arrived first. A few minutes later, the couple arrived. She was wearing a beautiful cocktail dress, ready for the wedding and he was wearing sweatpants; you could sense her anger from the opposite end of the dining room, which worried us as it seemed she would stand up and leave at any moment.
Moments later, he went to the bathroom, where his friends gave him a tuxedo to change into. Upon exiting the bathroom, he and his friends, all sporting tuxedos, began singing and at the end of the song he asked her to marry her. Much to our delight, with tears of happiness and uncontrollable delight she pronounced that magical ‘yes!’
At that moment, all of the other guests in the dining room stood up and gave them a heartfelt round of applause.

A little later, one of our manageresses noticed that a lady sitting not far from the couple wouldn’t stop crying so she went up to her and asked what was wrong, to which she replied: ‘everything is fine, it is just that when I saw her reaction to his surprise, it took me back to when my husband proposed to me and it was that wonderful memory which is making me cry’. 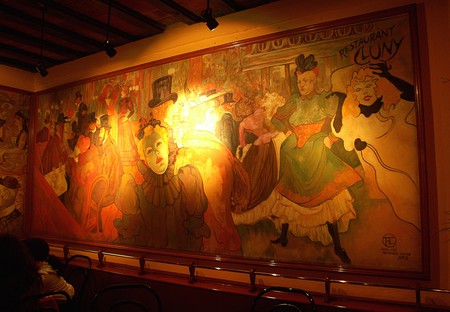 Does Restaurante Cluny have any signature dishes you are particularly proud of?

Our onion soup is renowned and we have received ‘applause’ from a lot of French people who have visited us over the years.

In addition, our Aztec crepe (chicken, corn, mild poblano pepper, cream and cheese) is the most popular along with Huitlacoche (corn smut), spinach, chicken and béchamel sauce, and mushroom and garlic crepes. During the Christmas and Easter seasons the Bacalao (cod fish) crepe is a favorite. 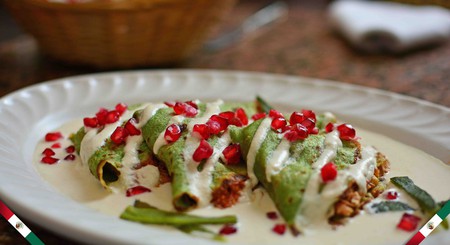 How would you describe your restaurant’s style of cooking?

I’d say a French Brasserie – with a twist!
Cluny proved to have a revolutionary approach to service back in 1974 by hiring young waiters, many of them college students. What does this young energy bring to Restaurante Cluny?

Students and young waiters bring a freshness and energy to serving customers. What at times may lack in professionalism is made up in intelligence and youthfulness itself; it gets away from the traditional and sometimes stuffy well-worn approach to serving clients.
What can we expect from Restaurante Cluny in the future?

The unwavering quality and flavour which has been our trademark since 1974, with just the right amount of innovation in our menu and ambiance.
As you have lived in six different countries and worked in the catering industry, is there an up and coming restaurant or town you’re particularly excited about due to its cuisine?

This is a tough one. I believe that the world’s best cuisines in terms of complexity, uniqueness, diversity and appeal to foreigners are Italian, Mexican and French.

That being said, I would say that the walled coastal city of Campeche, Mexico is a place which is not commonly visited by foreigners and offers amazing seafood combined with a complex cuisine within stunning urban and natural surroundings. The same applies to the town of Riposto in Italy, which combines the distinctive joie de vivre of southern Italians with the beauty of the Sicilian coast and the magnificence of the Etna volcano and, once again, outstanding seafood.
Where would you advise culture lovers to go in Mexico City?

In addition to museums, it is an architectural wonderland which masterfully interlaces grand theaters, museums, department stores, government buildings and even a castle (yes a castle, which was the residence of Emperor Maximilian and Empress Charlotte), built centuries ago in classic European style with ruins from Aztec temples and cutting edge modern architecture. 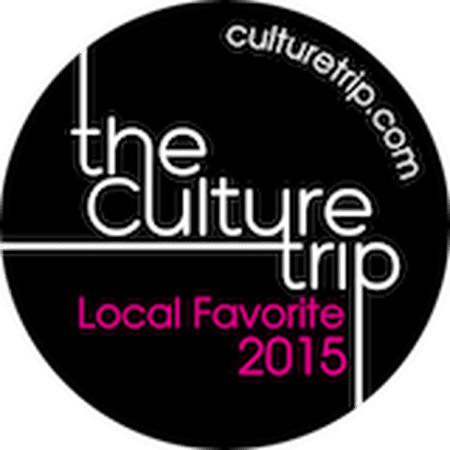 Restaurante Cluny is one of the winners of The Culture Trip’s Mexico City Local Favorite 2015 Award. The Local Favorite badge is awarded to our favorite local towns, restaurants, artists, galleries, and everything in between. We are passionate about showcasing popular local talents on a global scale, so we have cultivated a carefully selected, but growing community.
Interview by Maxence Effantin.