Wakeboarding the Stunning Cenotes of the Yucatán Peninsula

One of the best wakeboarders in the world, Larisa Morales, travelled to Yucatán Peninsula in her native Mexico, bringing the sport to the area’s natural underground pools.

Larisa Morales was in this particularly stunning part of Mexico with Mauricio Ramos, the photographer tasked with documenting the event for The Inframundo Project (see the video below). The pair were offered the opportunity to head to the cenotes – sinkholes that occur due to limestone collapsing, exposing groundwater underneath – and were eager to collaborate.

Morales, 19, first picked up a wakeboard and fell in love with the sport aged just six. Born in Monterrey, Mexico, it was actually Morales’ brother who coached her first wakeboarding session. She has since picked up multiple awards and won numerous competitions, turning professional last year. Today she is commonly known as, ‘The girl who walks on water’.

Ramos, also Mexican, specialises in taking photographs of extreme sports, and a quick look through his portfolio highlights a passion for shooting motocross, mountain biking and wakeboarding. 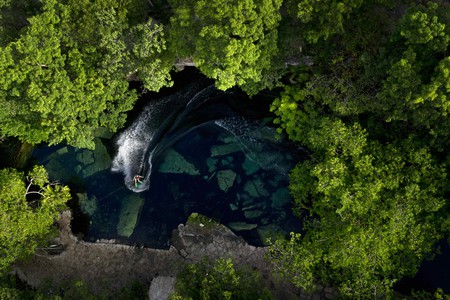 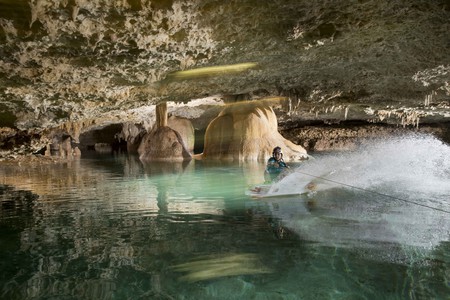 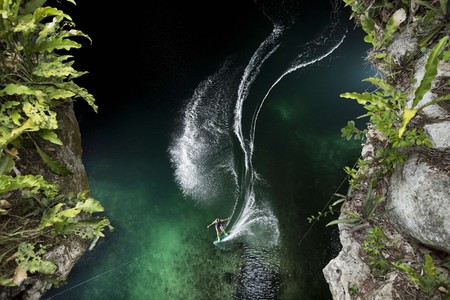