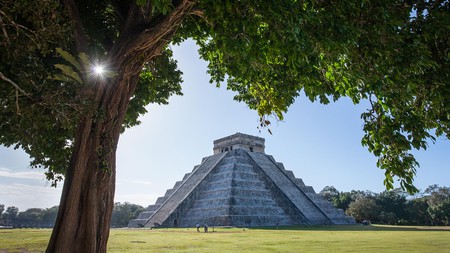 A trip to the Yucatán peninsula wouldn’t be complete without visiting the ancient Mayan city of Chichén Itzá, a Unesco World Heritage Site and the most-visited ancient Mayan city in Mexico. With a towering stepped pyramid, a vast ball court, carved stone skull racks and a deep natural well that was once the scene of grisly human sacrifice, Chichén Itzá has a wow factor that makes it a must-visit attraction. Here’s how to make the most of your excursion to one of the New Seven Wonders of the World.

Chichén Itzá (meaning mouth of the well of the Itza) was settled around 450CE, likely due to the abundance of fresh water from nearby cenotes, or underground sinkholes. Most of the iconic buildings date between 700CE and 900CE when the city became one of the most powerful in the Maya region with an estimated population of 50,000. 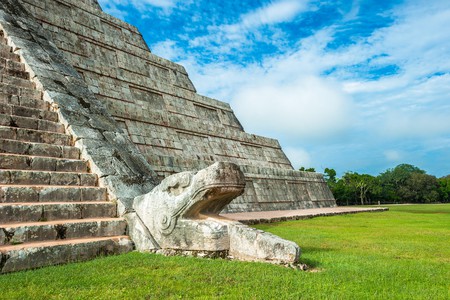 You’ll no doubt recognize the pyramid at Chichén Itzá – entitled El Castillo or the Temple of Kukulkan – which demonstrates the incredible knowledge of astronomy, mathematics, acoustics and geometry that the Mayan civilization had upon construction. It has 365 steps to represent the Mayan year.

On the spring and fall equinox, a solar projection on the north stairway makes snake-like undulations appear, leading to the stone head at the bottom of the pyramid, completing the feathered serpent. Look out for the reclining chacmool figures that hold a plate – historians believe human hearts were placed here during ritual sacrifices. Other highlights at Chichén Itzá include the largest ballcourt in Mesoamerica, where Mayan men were said to play a game that involved shooting a ball through a ring fixed to the wall. 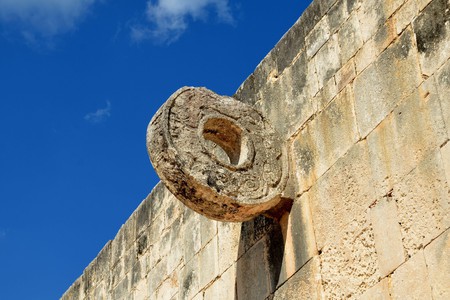 Opening hours are 8am to 5pm with last entry at 3pm. The Chichén Itzá admission cost for foreign visitors is 533 Mexican pesos ($27). If you bring a fancy camera or GoPro, there is an extra 45 ($2) Mexico peso charge, plus microphones and tripods are banned. Guides at the entrance charge around 600 Mexican pesos ($30) for an hour-long tour (1,200 Mexican pesos for two hours). There is a free museum at the entrance and basic information plaques at each monument. If you come armed with a good book about the Maya, you can enjoy the site without a guide.

What to wear while visiting Chichén Itzá

With little shade and blistering midday temperatures, slap on plenty of sunscreen and bring a hat and light clothes. Wondering what shoes to wear to Chichén Itzá? Plump for comfortable sneakers while rambling around the ruins. You can bring in water – essential – but food is not allowed. Pack some bug spray.

Chichén Itzá is packed with visitors and souvenir sellers by 11am when tour buses arrive from Merida and Cancún. Come early or late if you want to beat the crowds and the heat. Sundays are best avoided as local residents get free entry. Most visitors come during the cooler November to May dry season rather than the June to October rainy season. Thousands come to see the serpent appear during the spring and fall equinoxes in March and September respectively.

How to travel to Chichén Itzá

Located off the main highway between Merida and Cancún, visiting Chichén Itzá is fairly easy. It is 122mi (196km) from Cancún, 112mi (181km) from Playa del Carmen, and 116km (72mi) from Merida. Taking a group tour from these towns can work out cheaper than going independently, but you will have limited time at the site. Otherwise, rent a car to get to Chichén Itzá when it opens. Many travelers stay overnight in Valladolid, 45 minutes away from the Chichén Itzá ruins, with morning and evening buses leaving from the ADO terminal and colectivo taxis that run all day.

Things to do near Chichén Itzá 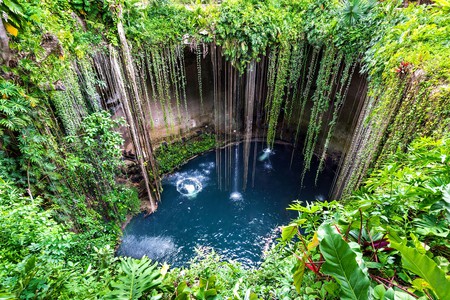 Head to Valladolid, a city steeped in history. Here you can try authentic Yucatecan dishes such as sopa de lima (a turkey soup flavored with limes) at El Atrio del Mayab. Just 3mi (5km) outside of Valladolid on the highway to Chichén Itzá is Hacienda Selva Maya, a restored colonial hacienda that offers a Yucatecan buffet and also has a beautiful cenote where you can swim in cool, clear waters. Closer to Chichén Itzá is Ik Kil cenote, one of the most photographed cenotes in Mexico. If you’re staying in Valladolid, check out the nearby Balankanche Caves – filled with sacred offerings to the rain god Chac – for a glimpse into the spooky Mayan underworld.