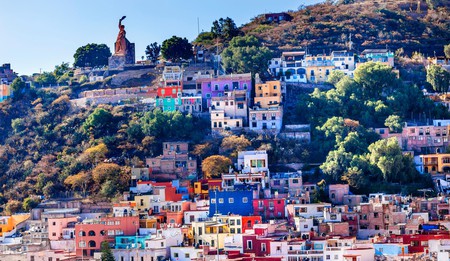 Guanajuato was painted with a colorful brush. Bright buildings, twisting alleyways and tree-lined streets make this mountain town one of the most picturesque in Mexico.

Millions visit Guanajuato each year, drawn to the urban beauty which has earned it the tag of the most beautiful city in Mexico. For 200 years, it was one of the richest urban hubs in the world, thanks to silver mining. Today, visitors flock to see the centuries-old churches, baroque architecture and callejoneadas (roving street parties), as well as enjoy festivals including El Cervantino. Here are our top reasons why you should add this Mexican city to your bucket list. 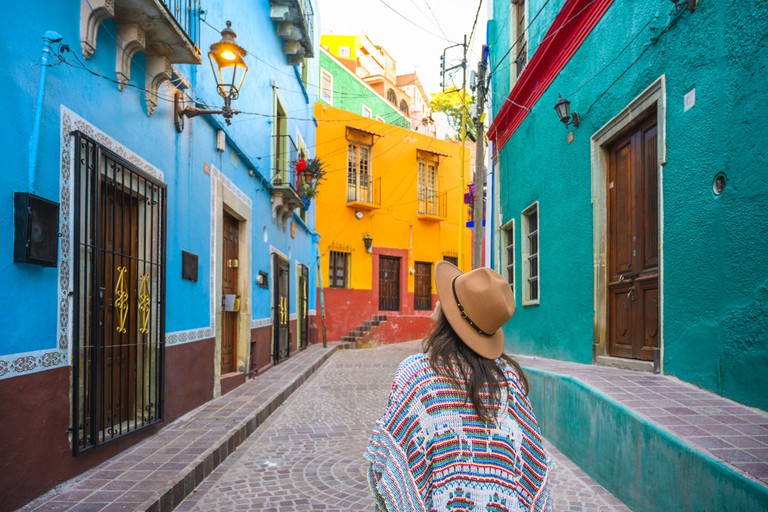 © Marco Bottigelli / Getty Images
Guanajuato is in esteemed company. Alongside only a handful of Mexican cities, it’s been recognized as a Unesco World Heritage site, thanks to its colonial and baroque architecture; thin, winding streets that run across town; the mines on which the city was founded; and the key role it played in the Mexican Revolution. Needless to say, there’s a wealth of history to be discovered here. 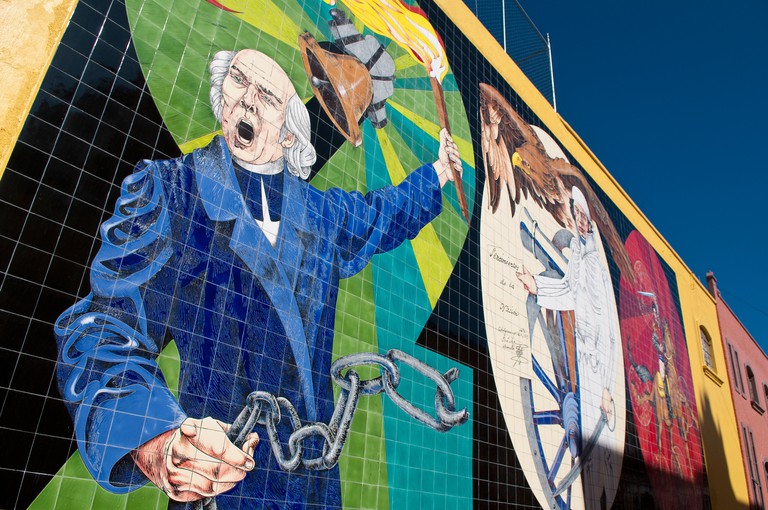 © Greg Vaughn / Alamy Stock Photo
All over the state of Guanajuato, you’ll see monuments dedicated to the region’s contributions during the war of independence. An event that’s considered as the start of the war – El Grito, a call-to-arms by priest Miguel Hidalgo – happened northeast of Guanajuato City in the small town of Dolores. The city itself is where Hidalgo’s army of insurgents first laid siege. Every September 15 and 16, residents pour into the downtown plaza to celebrate Independence Day.

Marvel at the storied streets and monuments 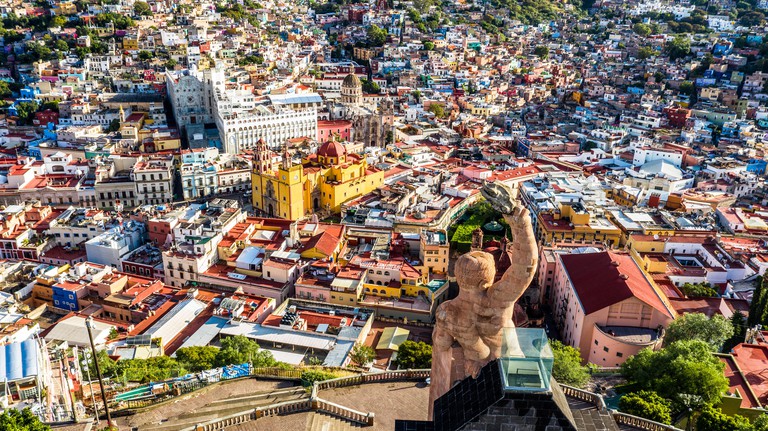 © dbimages / Alamy Stock Photo
Guanajuato’s streets brim with history. High above town you’ll see one monument, El Pípila, standing tall. Dedicated to an independence hero, the 82ft (25m) statue offers the best view in town. Back at the bottom, the Callejón del Beso is a tiny alley with a romantic story. According to legend, couples who kiss on its third step will be blessed with love and happiness.

Join one of the extravagant annual festivals 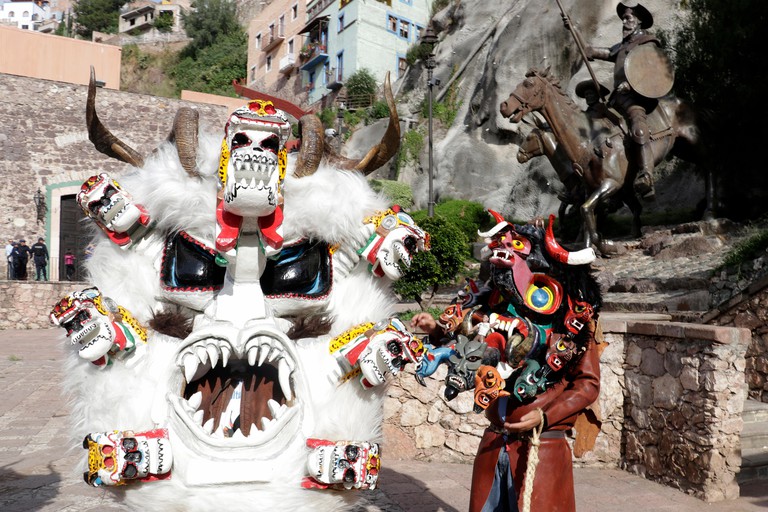 © NortePhoto / Alamy Stock Photo
Guanajuato is filled with things to do year-round, but the city’s festivals alone make it worth a visit. The famed El Cervantino offers cultural events and late-night parties all through October, ending just before the Day of the Dead festivities begin. Before that, the Festival de las Vendimias (wine harvest festival), takes over town from August to September.

Catch a show in the Teatro Juárez 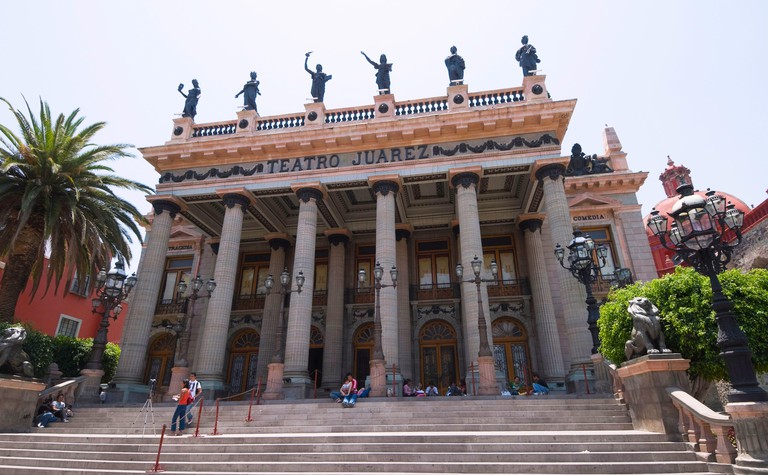 © robertharding / Alamy Stock Photo
Among Guanajuato’s theaters and open-air venues, the Teatro Juárez stands out. Located downtown, the 19th-century neoclassical construction hosts some of the nation’s top artists – from pop bands to opera singers. It’s worth seeing a show here just to marvel at the richly decorated, art nouveau interior. It’s also a meeting point for the not-quite-as-famous callejoneada guides, who take visitors through town while serenading them with classic Mexican songs. 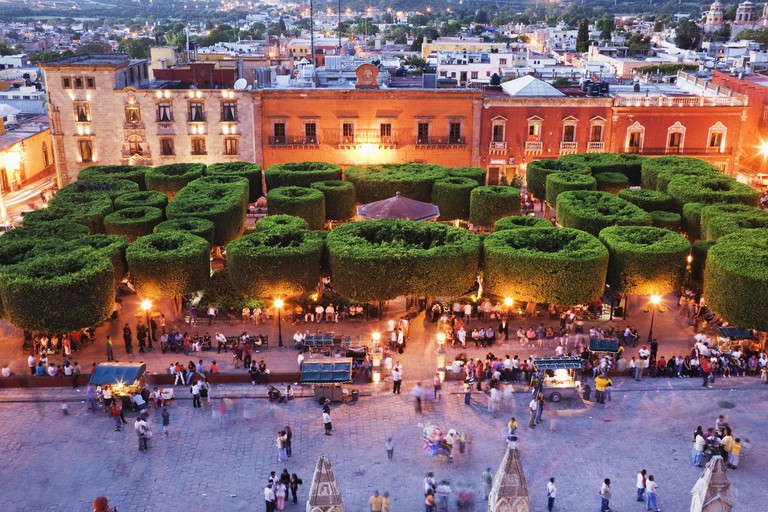 © Jeremy Woodhouse / Getty Images
One of the best aspects of Guanajuato is the abundance of greenery. Many streets feature manicured trees and hedges, softening the edges of this urban metropolis. One of our favorite green spaces is the Jardín de la Unión, near Teatro Juárez and the Iglesia de San Diego. It’s a welcome oasis, filled with finely clipped hedges, bright blooms and a trickling fountain. Grab a snack from a street vendor, get comfortable on a bench, and indulge in people-watching.

Walk through the Calle Subterránea 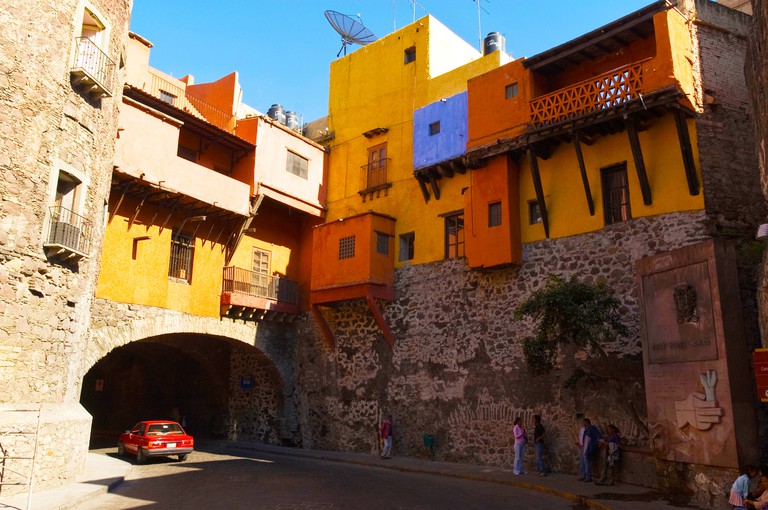 © John Elk III / Alamy Stock Photo
Known for its above-ground alleyways, Guanajuato also has an extensive tunnel system criss-crossing town. Originally built to divert a river that frequently flooded the early city, the tunnels are now open to cars and pedestrians. Entrances are elaborately decorated, and the intricately laid stonework is still impressive centuries later. Head down the Calle Subterránea to catch a glimpse of what lies under the city. 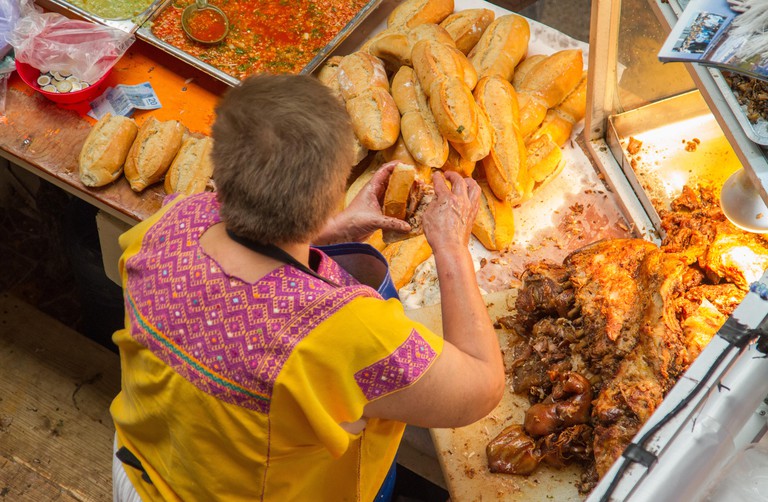 © Memo García / VWPics / Alamy Stock Photo
While this street fare isn’t originally from Guanajuato City – but rather León, less than an hour away by car – guacamaya is a must-try if you’re in town. A sandwich served on a wide bolillo roll, the guacamaya is filled with pork rinds, avocado, pico de gallo, salt and a squeeze of lime. Pick one up from the vendors along Guanajuato’s main avenues and grab a napkin – it’s as messy as it is delicious.

Experience the beauty of Guanajuato from one of the best hotels in the city, bookable through Culture Trip. While you’re there, explore the best restaurants to satisfy your taste buds or check out the top things to see and do in the city.