The Top 13 Things To See And Do In Colonia Roma

Colonia Roma | © Alejandro/Flickr
Colonia Roma is one of Mexico City’s most famous and popular areas, not least for its hipster tendencies. The hub of the city’s quirky subculture, with restaurants, bars and museums to match, there are a plethora of things to see and do in this Cuauhtémoc borough neighborhood. Technically divided into two separate colonias – Roma Norte and Roma Sur – it was designated a Barrio Mágico in 2011 and plays host to many art deco mansions.

Fresh food lovers in La Roma need to head down to Mercado Medellín, sometimes nicknamed pequeño Havana (little Havana), which offers a veritable smorgasbord of fruits, meats, and street food antojitos (snacks). With treats from all over Latin America, you don’t even have to stick to the Mexican mainstays; instead, you can branch out and taste test Colombian cuisine and check out Cuban-run ice cream stands. 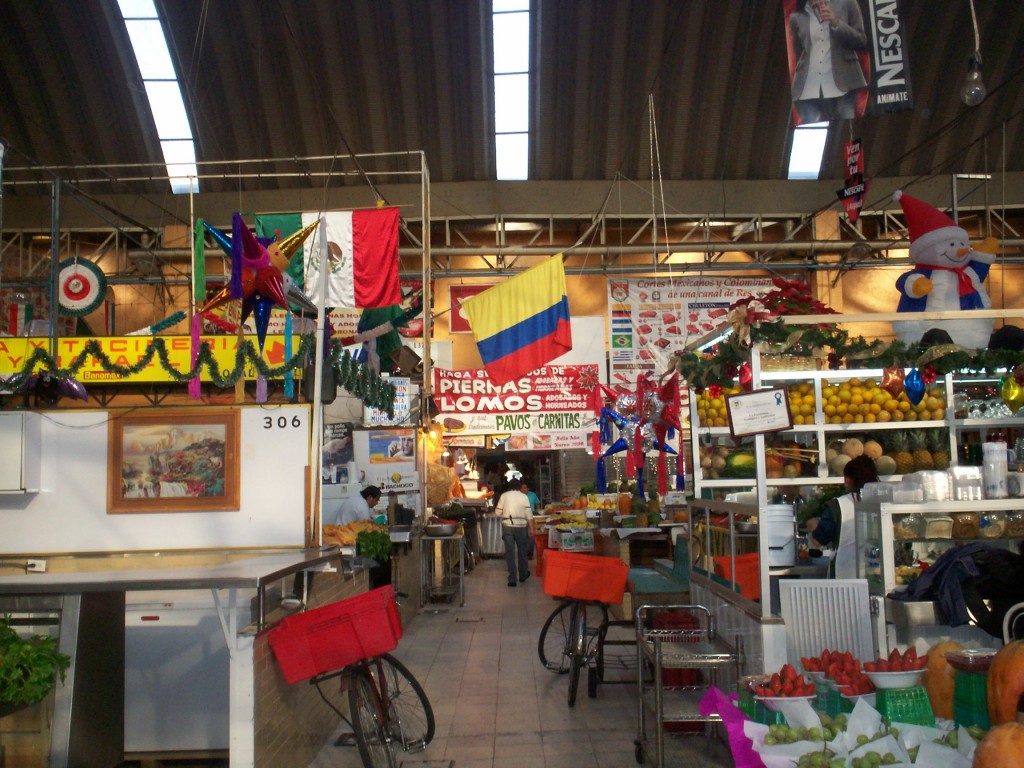 Nightclub, Cuban, $$$
Mama Rumba has been going for more than a quarter of a century | © Mama Rumba
One of La Roma’s most notable late night dance spots is Mama Rumba, known for being one of the best salsa bars in the city. Always packed, beginners will be whirled around gracefully (or not) by practised professionals and it’s a guaranteed fantastic evening out. If you fancy easing yourself in, it runs dance classes on Thursday evenings at 9pm. Run by a Cuban native, the mojitos are delicious.
More Info
Open In Google Maps
230 Calle Querétaro , Roma Norte, Mexico City , 6760, Mexico
+15555646920
View menu
Visit website
Visit Facebook page
Send an Email
Give us feedback

Museum
EROTISMOS exhibit | Courtesy of Museo del Objeto del Objeto
Ranked as one of our top Mexico City museums, the Museo del Objeto del Objeto (Museum of the Purpose of the Object) can be found in quirky Roma. Unsurprisingly, the exhibits make for as intriguing experience as the Colonia in which they’re located. The excellently curated exhibitions, both permanent and temporary, are always well worth a visit. The current exhibittion, titled ‘EROTISMOS: La Vida Íntima de Los Objetos’ (‘EROTICISMS: The Intimate Life of Objects’), comes to a close on August 28th.
More Info
Open In Google Maps
Mexico City, Mexico
View menu
Visit website
Visit Facebook page
Send an Email
Give us feedback

Situated in one of Colonia Roma’s truly beautiful buildings is the Casa Universitaria del Libro, a space dedicated to promoting the diffusion of culture through books. Having worked hard to preserve the original features of the building in which it can be found, it’s well worth heading down to take a look. Perhaps even participate in one of the numerous workshops they offer, or spend an afternoon in the library or bookstore. 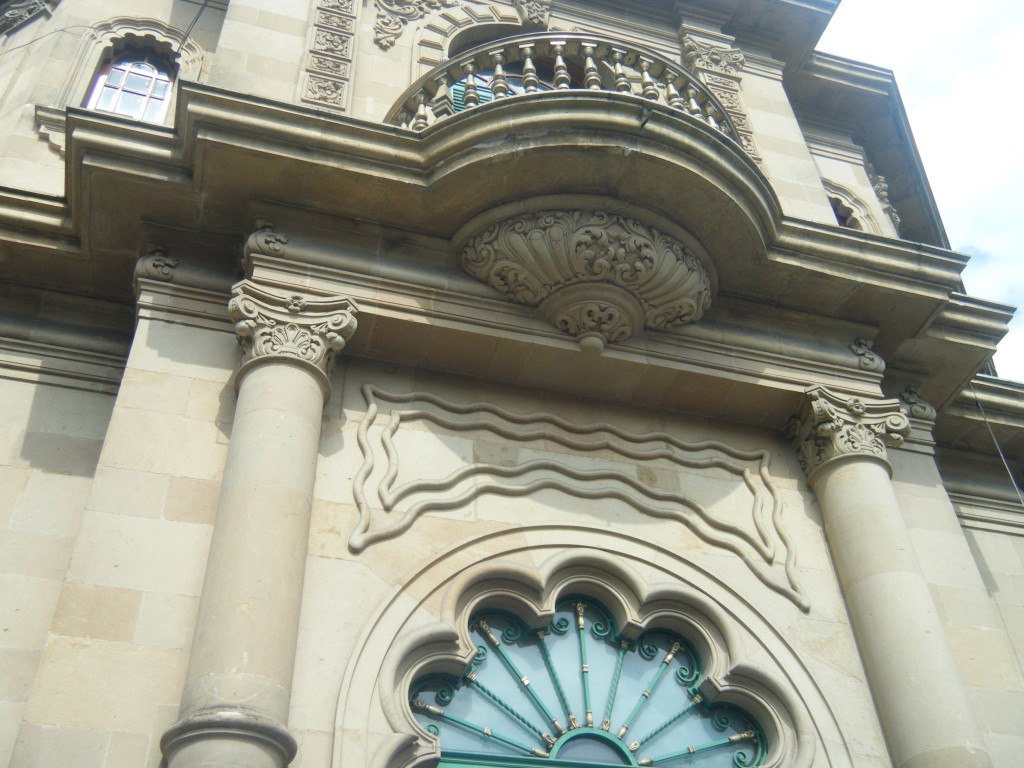 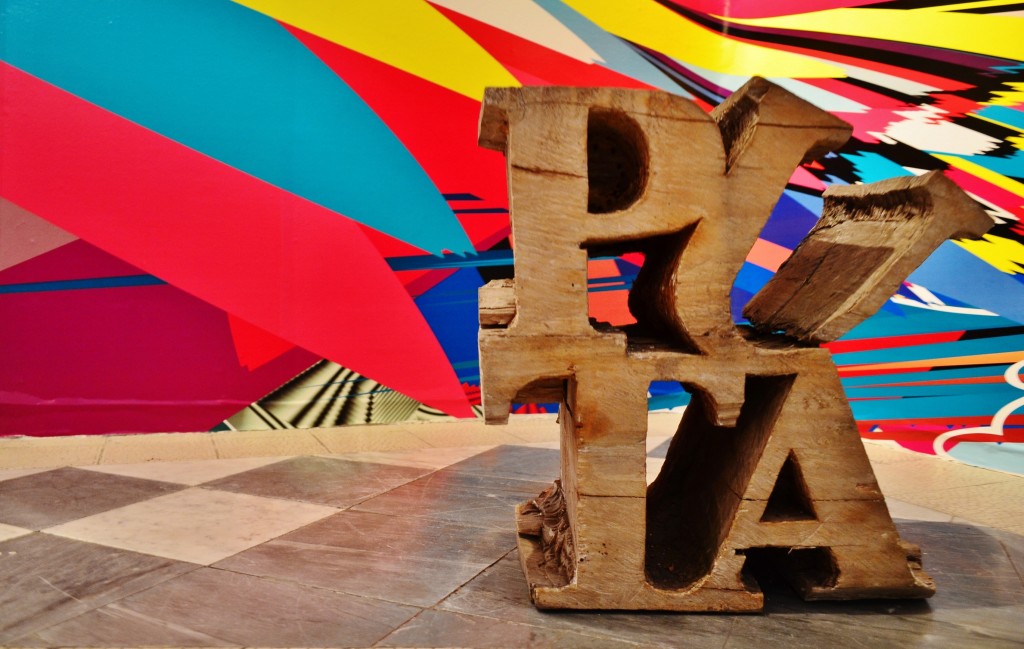 One of Mexico City’s most renowned ice cream parlors has a branch in Colonia Roma, so what better way to beat the city warmth than with a nice, cold ice cream! But ice cream parlors don’t garner reputations for nothing, and Helado Obscuro is no different. Its myriad of alcoholic flavors is the big draw; from tequila to watermelon mojito to fruity vodka numbers, the names are as exotic and amusing as the taste combinations. 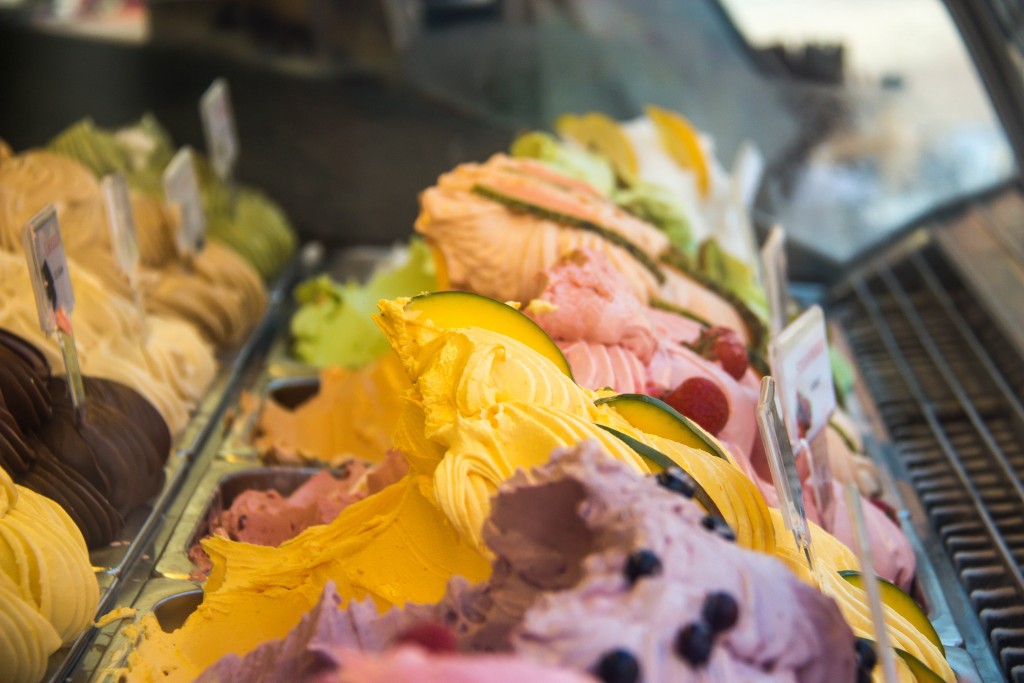 This small chain of Mexico City based bookstores/ cafés – which explains the portmanteau name Cafebrería El Péndulo – also rather conveniently has a branch in Colonia Roma. If you want to escape the streets for a while, curl up with a book and enjoy a cappuccino or frappe in this gorgeous building that’s somewhat of an icon of the colonia. Three floors of books, eclectic décor and seating await you, as well as a balcony area which forms part of the café. 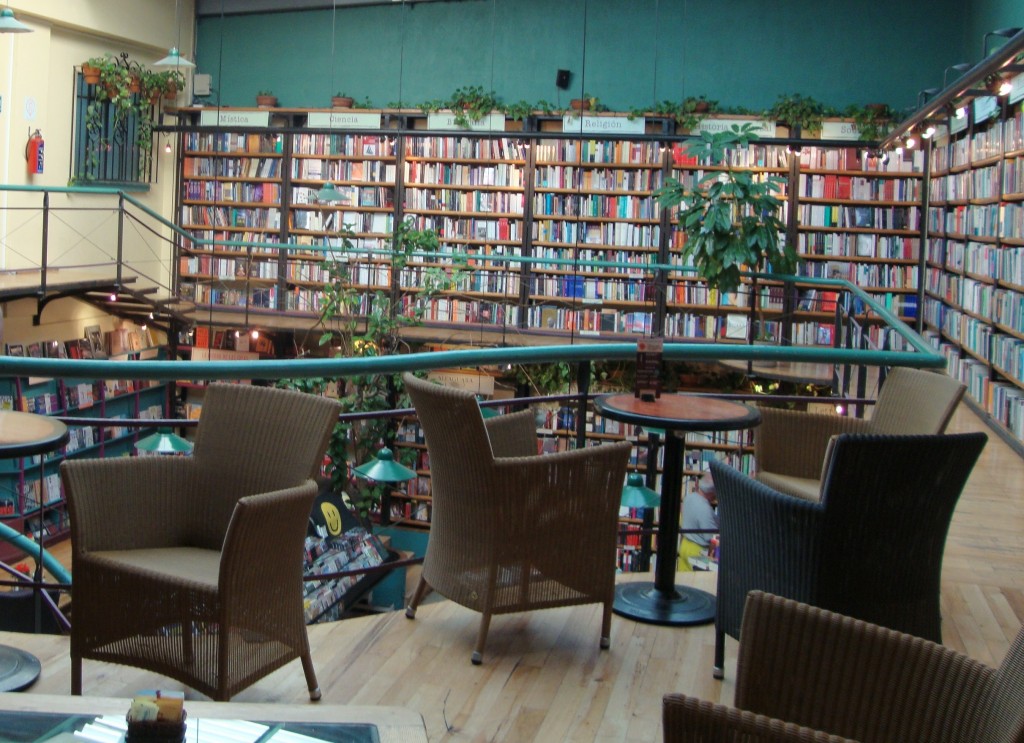 Another up-and-coming art gallery in the Colonia Roma area is the fantastic Lulu, founded by Martin Soto Climent and Chris Sharp. Size isn’t everything and that sentiment particularly applies here, as this art gallery is small but perfectly formed. Having previously showcased works by Yoko Ono and Gabriel Orozco, you know this is one to watch out for and most definitely worth a visit. The latest exhibition, which runs until September 18th, is by Austrian artist Josef Dabernig and is titled River Plate. 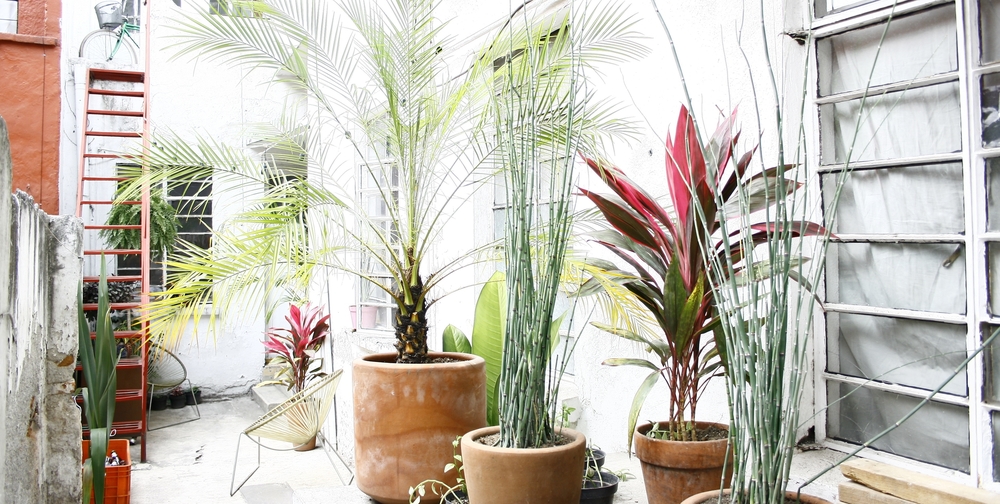 Colonia Roma’s most tranquil open space and popular plaza is Plaza Rio de Janeiro, famed for its replica of Michelangelo’s David in the central fountain. Flanked on all sides by examples of the area’s spectacular architecture and large mansions, it certainly makes for a great spot to simply soak up the atmosphere and people watch. 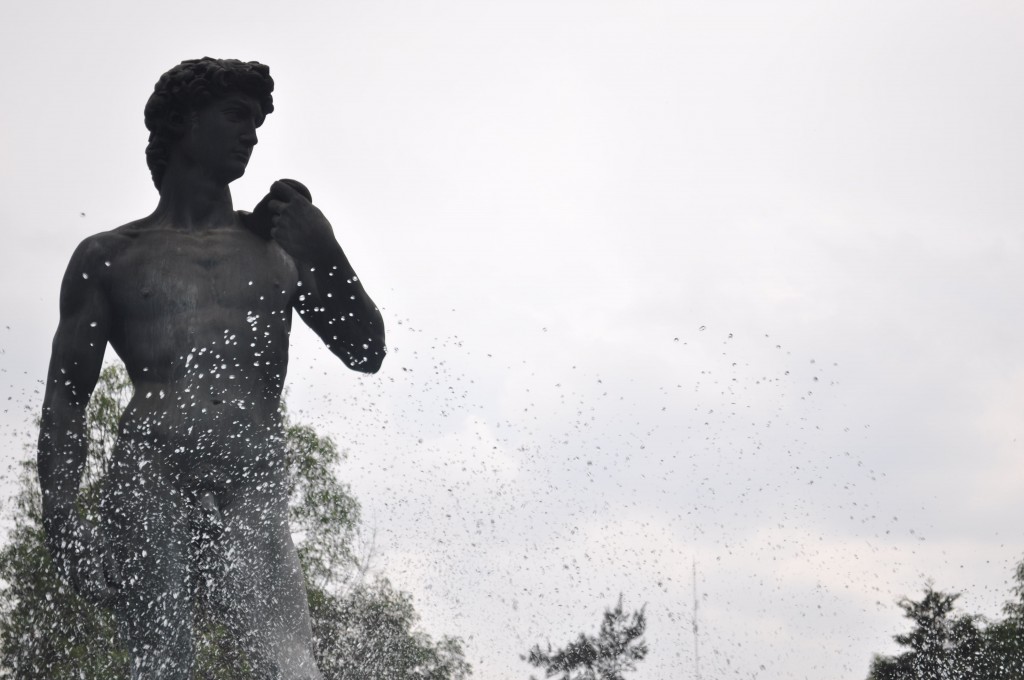 Worthy of a special mention, one of those buildings which flanks Plaza Rio de Janeiro is La Casa de las Brujas (The Witch’s House), named as such for the eclectic style of architecture which looks remarkably similar to a witch. The building itself successfully meshes together diverse architectural styles, however it’s for the spooky aspect that it has become most well-known. Rumor has it that a witch named La Pachita once lived there, however this has (sadly) never been proven. 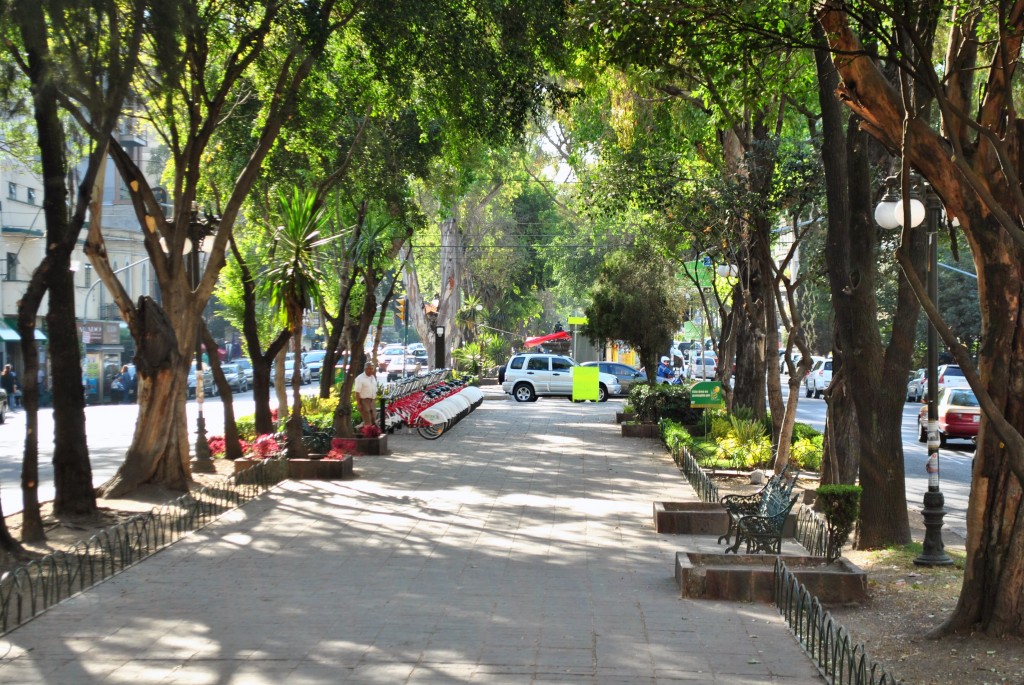 When La Roma began development in the early 20th century as a suburb for the historic center’s wealthy inhabitants, Casa Lamm was one of the original buildings. As a result, it is arguably Colonia Roma’s most famous building and landmark. Although it houses a cultural center, bookstore and restaurant – all added and improved since its initial restoration in the early 90s – its real charm lies with the mansion itself, which is why this is a must-see in Colonia Roma. 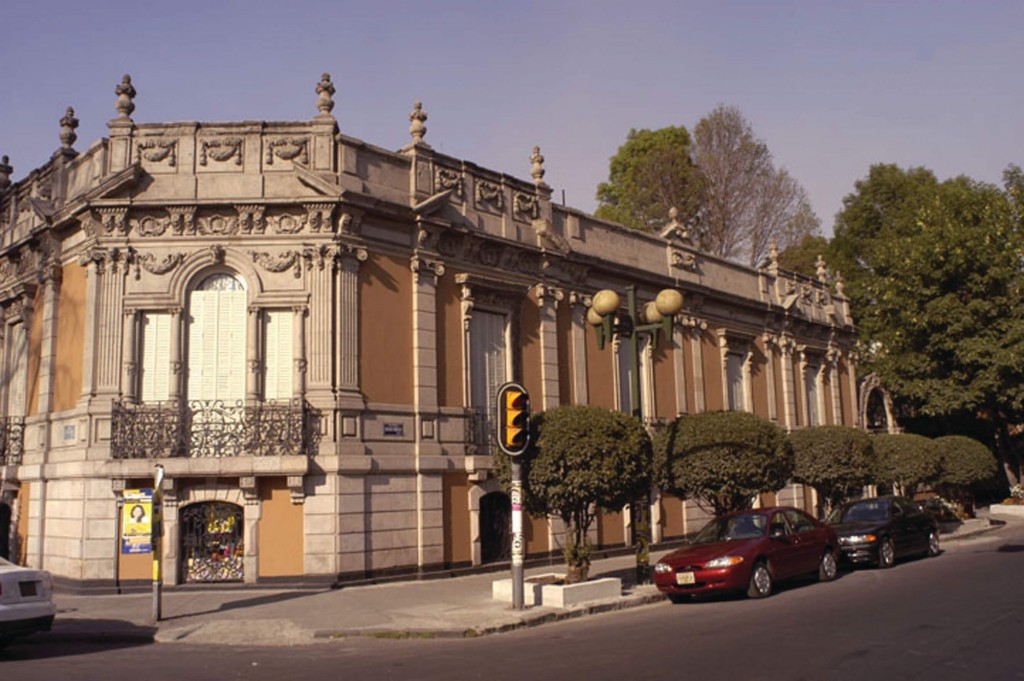 Finally, be sure to stop by and take a look at the ornate Neo-Romanesque architecture and facade of the Parroquia Sagrada Familia. Construction began on Colonia Roma’s first church in 1910, with delays coming due to the Mexican Revolution. Completed by 1925, it boasts a magnificent collection of Italian made, stained glass windows. 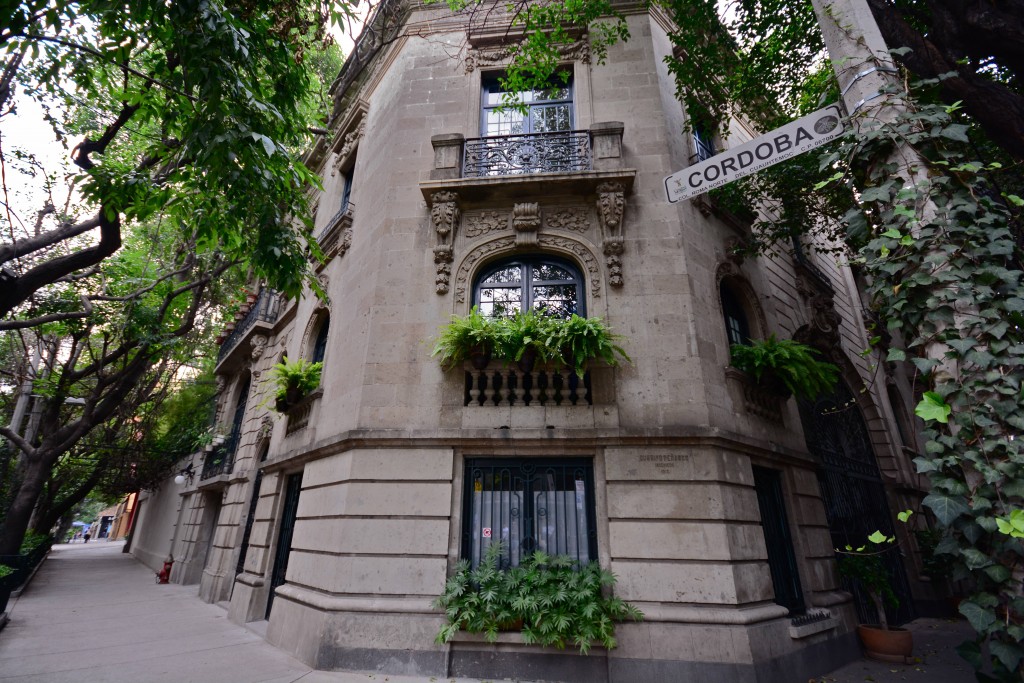