Top 10 Things to See and Do in Veracruz 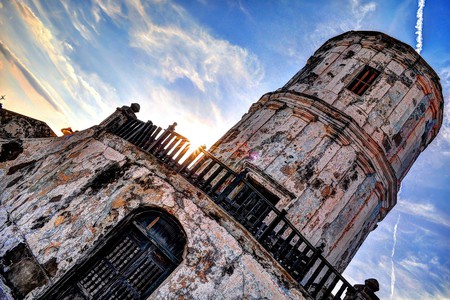 Veracruz is a harbor town located in the Gulf of Mexico, a destination for those cultural tourists who like experiencing the local life. This city is steeped in the history of radical change, as it was the harbor where the Spaniard conquistadors first landed. Today, as well as being a harbor of historic importance, you will also find the attractions and amenities for a great tourist destination. If you’re interested in the real Mexico, its everydayness, its history, folklore, slang, and local life, this is the place for you. Take a look at the things you can see and do in Veracruz.

A morning walk around downtown

Locally known as Centro Histórico, downtown is now considered the old Veracruz, due to how fast the city is growing. In the morning you should visit the local museums: in Museo de la Ciudad you’ll learn about the city’s historic background, and if you want to know the local artwork, go to La Fototeca and Casa Principal. Then, make your way to Baluarte de Santiago, also known as bastion of gunpowder, a fort built in 1635 to defend from pirate attacks. Then walk around the Barrio de la Huaca and get a sense of history on the streets of this neighborhood founded by African slaves. 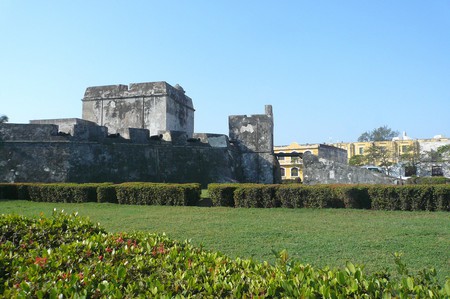 San Juan de Ulúa is a fort built in 1565, in the times of the Spanish colonization, to protect the Spanish boats from the strong winds and also from pirate attacks. With time, it became a jail for the first Mexican revolutionaries as it remained after Mexico achieved independence until the early 1900s. The fort’s walls tell the stories of both North American and French battles, and legends of prisoners and the horrendous methods used to torture them. Nowadays San Juan de Ulúa is a museum that is visited by tourists from all over the world. You can get there by taking a taxi from downtown, which only takes 30 minutes. 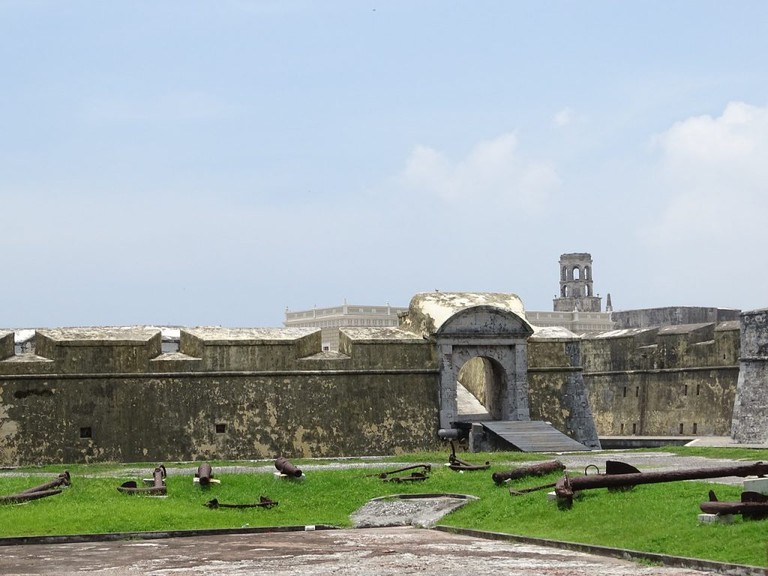 Take a tour around the city in a tranvía, which is a replica of those trolley buses from days gone by. The tour takes 30 minutes around the Malecón (boardwalk), Baluarte de Santiago, Zócalo de Veracruz and other main spots on the harbor. Veracruz is a very warm city, so it’s a good idea to make this tour at night. The departure point is in the Malecón, there are tranvías leaving every few minutes, take an ice cream meanwhile and then hop on board. Admire the buildings while listening to a commentary about their history, and enjoy the view of the local life.

Enjoy the traditional nightlife in downtown

A night in downtown will let you feel the folklore of this cheerful harbor. Start in El Malecón, a long park around the coast where you can take a walk feeling the breeze of the sea. There are boats that take you to a tour under the moonlight. Take dinner in a café called La Parroquia, a Veracruz mainstay since it was founded more than 100 years ago. After dinner, grab a “Wero Wera” ice cream, and make your way to the El Zocalo plaza to sip some local beers in Los Portales de Lerdo, while enjoying the sights and sounds of the Veracruz night. 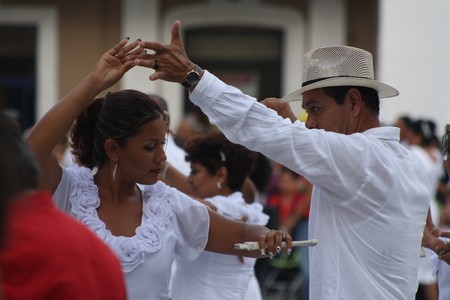 While Veracruz is the old city, Boca del Río is the new one. This side of Veracruz has shopping centers, restaurants, bars and fancy neighborhoods. In the evening you might like to visit the old Boca del Río town: by the shore there’s a park called Plaza Banderas, which has a festive, family-friendly ambience, artistic events and street performers. Across the street there are bars, cafés and restaurants. We recommend you have dinner in some of the restaurants by the shore, or on the ship Cañonero Guanajuato, which combines a restaurant and small nautical museum.

Hit Martí Avenue to find cozy cafés, great bars, and restaurants with international cuisine. A popular place to start the night is Los Contenedores, a meeting point with bars and music. You can take some local drinks in El Mezcalito, of if you’d prefer to hit a nightclub – or “antro,” as locals call it – hit PH, Loft, or some of the antros along the boulevard. If you want to dance salsa, Mojitos is a good option.

Plaza Acuario is a popular touristic location that offers some entertainment centers for all the family. The main attraction is a big aquarium that exhibits the marine life of Veracruz, such as manatees, dolphins, sharks, exotic fish and micro marine life. There’s also a section with the birds and exotic fauna from Los Tuxtlas jungle. Also visit the Wax Museum to see famous personalities from Mexico and around the world represented as waxwork models, and then make a last stop at the Ripley’s museum for some mind-boggling oddities. 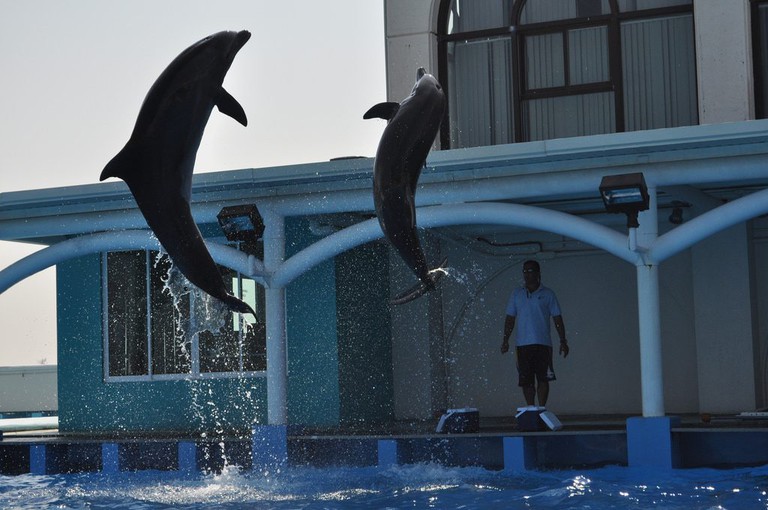 This is a charming small city located by the shore of the Huitzilapan river. La Antigua is an important spot in the history of Veracruz, as it was the first European village founded in Mexico, in 1519, by the Spanish conquistador Hernán Cortés. Its inhabitants had evacuated before Cortés arrived, so he found a ghost town with places for worship and sacrifice, human remains, and books that the catholic conquistadors considered satanic. Here you can visit vestiges of history, like the Cortés’ house, which was his main residence but is now a picturesque house covered by vines and tree branches. Find also the first Catholic church built in Mexico, as well as sea food restaurants along the shore. 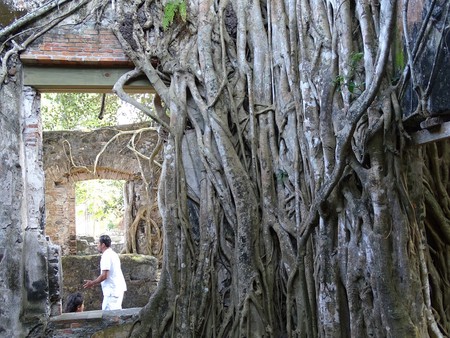 Besides history, Veracruz also offers eco-tourism. Jalcomulco is a small town in Veracruz with stunning landscapes where you can take part in extreme sports, or take some quiet time for self-reflection in the forest. You can do a backpack tour or stay in the Eco Park Aldea, where you’ll have a guide to take you on ecoturistic activities, such as as rafting, rappelling, mountain biking, zip lining, and trekking. Enjoy the starry sky, sleep in a tree house or hanging tent, experience a Temazcal ritual and enjoy the local delights in its restaurant. 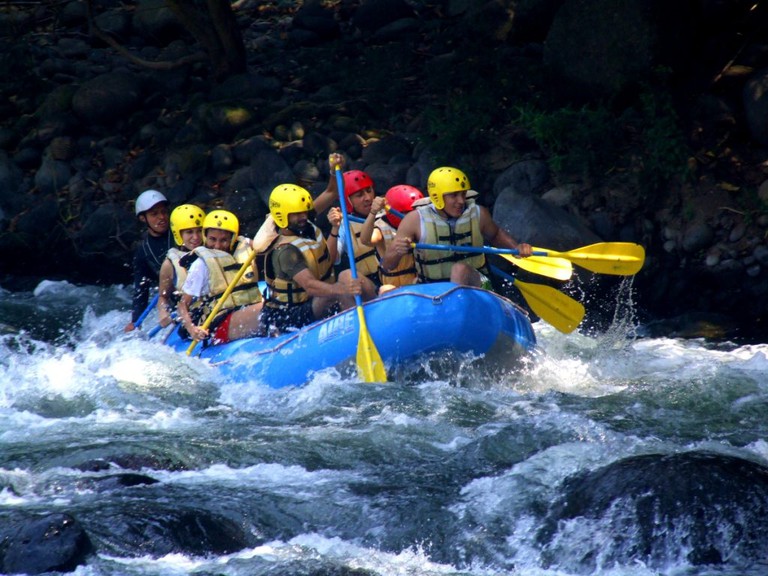 Mandinga is a charming fishing village where you can experience an afternoon of traditions, folklore and gastronomy. Visit the restaurants situated along the shore of the Mandinga Lagoon and try the filete relleno de mariscos, a delicious fish filled with diverse sea food covered in a succulent sauce. Sip a “torito” cocktail (essentially a smoothie with alcohol) and enjoy the traditional son jarocho music and the dances performed by locals wearing traditional costumes. Take a boat tour in the lagoon to feel the fresh breeze and admire the exotic birds resting on the mangroves. 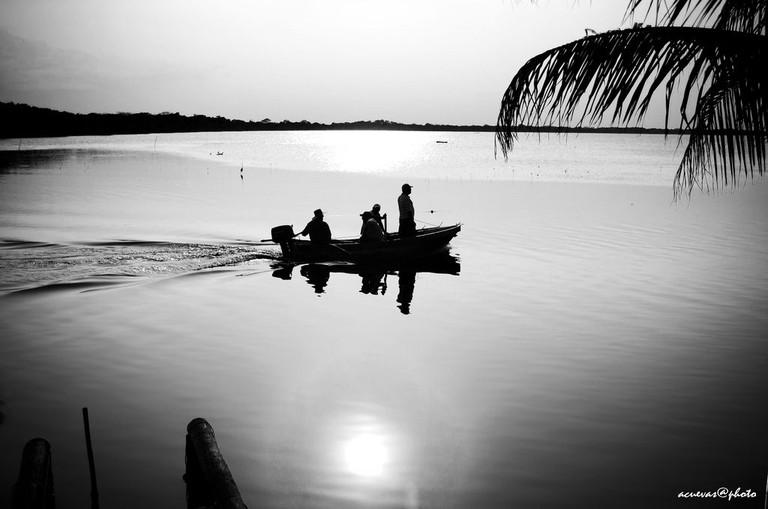