Top 10 Things to See and Do in Cholula, Mexico 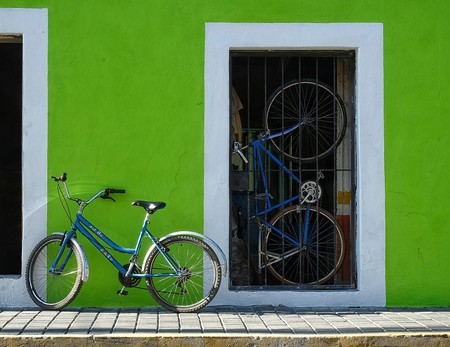 The town of Cholula in central Mexico and was an important economic and religious center long before the Spanish arrived to the Americas. Known for its great pyramid and hundreds of churches, it has become a favorite stop on the tourism circuit. Here’s our round-up of the best things to see and do in town.

Get some fresh air

Cholula and the surrounding area are a great place to get outside and see some nature. Nearby trails in the Cerro Zapotecas entice hikers, cyclists and runners to its ancient volcanic crater. There are also those who come seeking riches to the Cueva del diablo where legend has it that a poor peasant farmer once sold his soul to the devil for untold riches. There are various other nearby hills to hike and the impressive and omnipotent Popocatepel, Puebla’s still-active volcano is just an hour and half outside of town.

See the largest pyramid in the Americas

Cholula’s great pyramid is what puts this small town outside of Puebla State’s capital on the map. Its base is the widest in the Americas, but you might get there and stand around saying “Where is it?!” Only one staircase on one side this pyramid has been excavated – due to the fact that the Spanish built a church right on top of it. You can visit the archaeological site that surrounds the pyramid though, with several other interesting structures and a even take a walk through the pyramid’s tunnels. There is a small museum that you can wander through and get a complete picture of this area’s importance to ancient Mesoamerica.

It is said that Cholula has 365 churches, one for each day of the year. You’ll never make it to all 365, but there are several worth seeing including the former Franciscan Convent of Saint Gabriel, one of the oldest temples in Mexico that sits on land sacred to the Aztec followers of Quetzalcóatl. The Sanctuary of Our Lady of Remedies sits atop the town’s pyramid and has stunning views of the surrounding countryside, while the Chapel of the Third Order that sits just off of the main plaza has an unforgettable Baroque entryway and altarpiece. Be sure to also check out the church of Santa María Tonantzintla, decorated in a style called Indigenous Baroque that presents images of dark-skinned angels, ears of corn and tropical fruits. 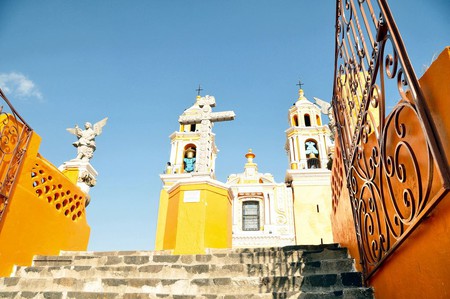 Wherever you visit it’s important to give yourself some historical context for the trip. The newly-opened Museo Regional Cholula explains the history of Mexico and Cholula, and has some beautiful pre-hispanic pieces. You’ll also learn the love story of the two nearby volcanoes Popocatepel and Iztaccíhuatl. The Museo de la Ciudad de Cholula gives a peek into the life of an archaeologist, with members of the museum putting together artifacts found in the nearby pyramid right in front of you.

Pick up a vacation keepsake

Nearby Puebla is the most famous source of Talavera pottery in the country, but Cholula joins in this tradition with many local workshops that you can visit and see artisans hard at work at their trade. Talavera de La Reyna offers both guided tours and painting classes for the public, alongside their gallery where you can pick up sample of some of Puebla’s best ceramics to take home with you. La Reyna also has Talavera History Museum with more than 300 pieces on display. 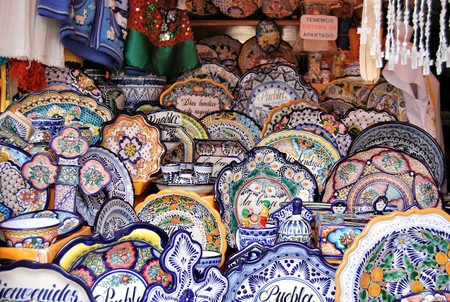 Fill your stomach and quench your thirst

Eating and drinking options abound, including some of our favorites; check out La Lunita for traditional Mexican dishes and snacks; La Casa de Frida for regional specialties like mole and chalupas, or for pizza and craft beer, try either La Berejena or Che Boludo.

Like most Mexico towns and cities, Cholula has several great local markets to visit. The popular Mercado Cosme del Razo is just steps from the city’s main plaza and offers visitors a glimpse of the traditional markets of Mexico – fruits and vegetables, food stalls, housewares and regional crafts are all on display and for purchase. The Tianguis de Santa Maria Xixitla, meanwhile, is an outdoor market open on Sundays and Wednesdays, with vendors selling under tarps or on the ground. It’s a great place to find local produce that has been collected or grown by farmers in the surrounding area, as well as food stands for trying some of the region’s typical cuisine. 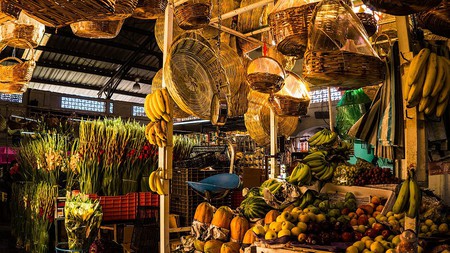 Check out the local scene

As a college town, there are lots of great bars to see and music all over town. Quadrivia and Casa 9 have music and video shows, while El Diablito and Voodoo Mamma showcase electronic music. Container City is a popular hangout with bars, restaurants, shops, and galleries all housed in recycled shipping containers – it truly is a mini city all on its own.

The Francisco Peláez Roldan Botanical Garden is both an educational space where visitors learn about local, regional plants, their uses and their history, as well as a break from the run-of-the-mill tourist attractions. The garden works to conserve endemic plants, birds and insects to the Cholula area and they offer classes on making soap, edible flowers, creating perfumes and growing your own garden. 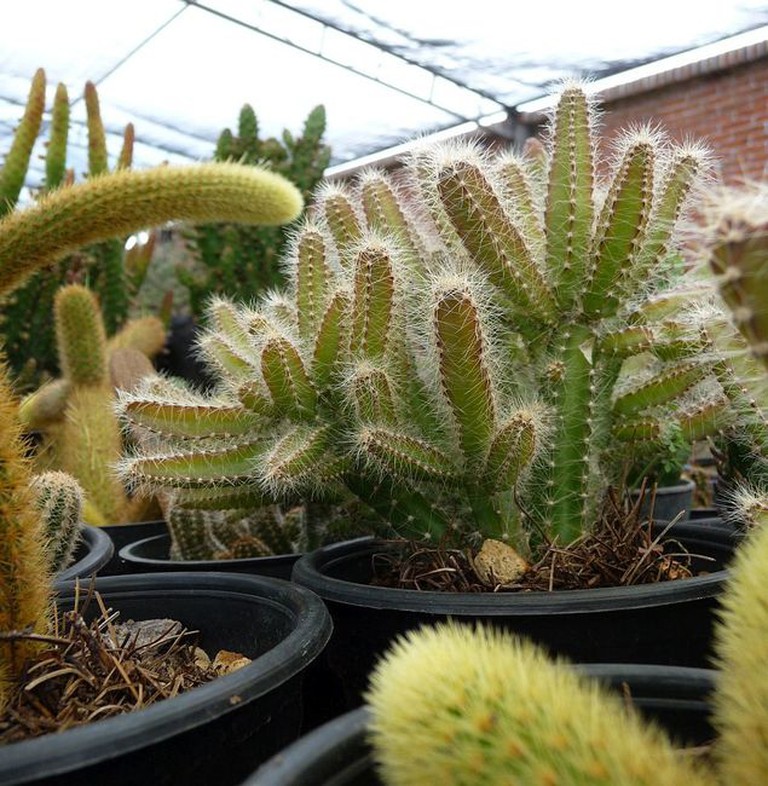 Get a little tipsy

For a more off-the-beaten path experience, head to the Museo de la Sidra (or Cider Museum) to learn about the history and production of one of the State of Puebla’s most well-known refreshments – apple cider. You can visit the winery where both reds and whites are produced and learn how the company Copa de Oro started out making sodas and liquors in the early 1900s and moved on to sparkling ciders and wine. There is a tasting room if you want a touch of the bubbly.