Top 10 Beautiful Spots To Visit On The Baja California Peninsula

Over the Sea of Cortez | © Zach Dischner/Flickr

The Baja California peninsula runs along the west coast of Mexico for an incredible 775 miles and is famous for excellent wine, pristine natural habitats, and some of the best diving in the world. Prehistoric cave paintings, immaculate beaches, migratory whales, and tropical oases all make it onto our list of 10 beautiful spots you need to visit on the Baja California peninsula.

Cabo Pulmo National Park is located 60 miles (97 kilometers) north of Baja California Sur’s most famous city, Cabo San Lucas. The park is a haven for naturalists and scuba-diving enthusiasts. Among the wonders at Cabo Pulmo is the oldest of three reefs that lie off the coast of North America. Estimated to be around 20,000 years old, the reef is home to a host of multicolored flora and fauna. Overfished and overexploited in the 20th Century, the area of Cabo Pulmo National Park is finally experiencing an ecological resurgence. 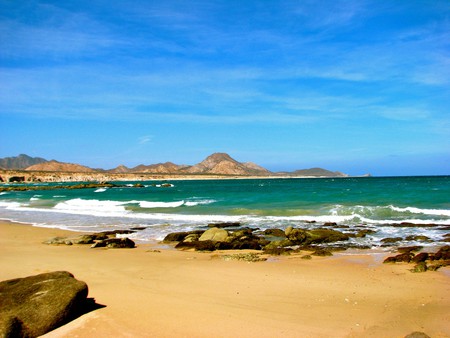 The most striking rock art pictographs of the Baja California peninsula are to be found in the San Francisco mountain range in the municipality of Mulegé. The area was deemed a UNESCO World Heritage Site in 1993. The drawings date back over a thousand years, with some in the area having been carbon dated to over 7,000 years ago. The series of around 250 caves is located in El Vizcaino bioreserve, and the drawings are thought to have been made by the Cochimí people, the indigenous inhabitants of Baja California. Often red but sometimes combined with black, the drawings depict silhouetted images of animals, tools, humans and their rituals. 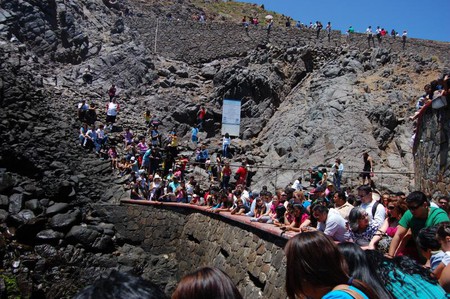 Isla Espíritu Santo, or Holy Spirit Island, is one of the many islands in the Sea of Cortez that have been named UNESCO World Heritage Biosphere Reserves. By many accounts the most beautiful of the islands, Espíritu Santo is the place to go to swim with frolicking sea lions, shoals of tropical fish, and to walk the lengths of its many untouched beaches. The 12th largest island of Mexico, days can be spent exploring the biosphere on foot, by boat, or by kayak. 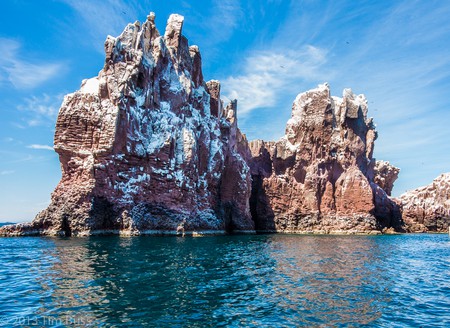 Mulegé is one of those rare things in a vast expanse of arid desert land: an oasis. A town situated at the foot of a river valley, it enjoys an unusual abundance of fruit and vegetables for Baja California. The old prison, which was constructed without bars and proper defences, is well worth a visit. In a time when roads were few and treacherous, an escape from the remote town of Mulegé would have likely meant death for any inmate. Prisoners were allowed to move about the town and even raise families, as long as they returned to the prison by night. 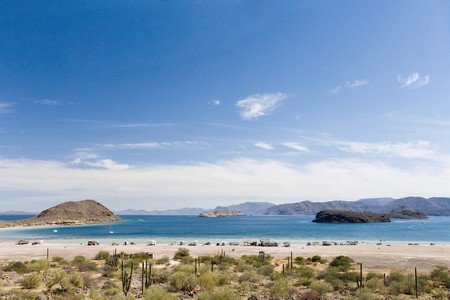 Tell someone you have visited Baja California Sur, and you will very soon be asked whether you visited the bay of Balandra. The bay, which looks out into the Sea of Cortez, is almost completely circular and surrounded by sand dunes. The result of this natural phenomenon is that the sea is even calmer here than in the rest of the gulf. Brilliant blue water reaches little above waist level for much of the bay, making it possible to cross the considerable distance from one side to the other. The seabed is a natural habitat for manta rays, which swim harmlessly away as you kick up sand on your crossing.

The Laguna de San Ignacio is part of the Whale Sanctuary of El Vizcaino, and one of the only nurseries in the world for the gray whale. The lagoon was first hunted for the whales by Charles Melville Scammon, a whaleman who wrote an influential book on marine mammals and also began the process which would bring them to near extinction. Laguna de San Ignacio was only recently made a protected area, and the few locals that live around the area have changed their vocations from fishing and hunting to protecting the local biosphere. Dolphins, seals, turtles, and blue whales can all be seen here in the winter months. 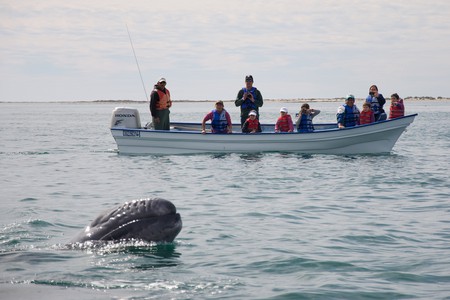 Across the bay from La Paz, Baja California Sur’s thriving capital, lies the slim peninsula of Mogote. Filled with mangroves, the spit is a perfect place to kayak through at sunrise or sunset. The bay around El Mogote is also a nursery for whale sharks, which can be seen throughout the winter months. Evening walks along the deserted dunes give spectacular views of the low mountain range around the Sea of Cortez and encircling La Paz. 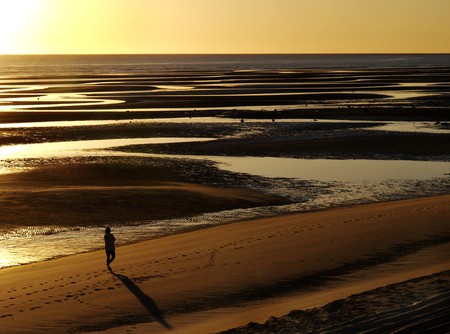 Todos Santos is a small town on the pacific coast of Baja California Sur, and has been awarded the status of a Pueblo Mágico, a magical town, by the Mexican government for its importance as a cultural landmark. Founded in the early 18th Century by missionaries, in recent years the town has become a focal point for arts and crafts of the region, with many artists opening up galleries and making their home there. With gorgeous pacific beaches a short drive away, and a burgeoning agricultural industry, Todos Santos is fast becoming one of the most visited towns in all of Baja. 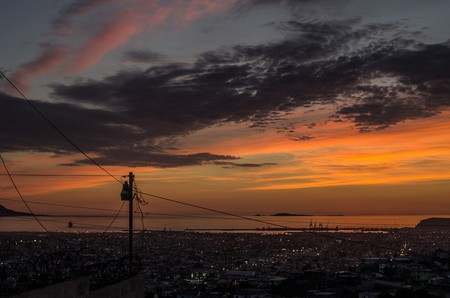 La Ventana is a small fishing village with a beautiful bay and strong winter winds that draw keen kite surfers. Across the water lies Isla Cerralvo, also known as Jacques Cousteau Island because of the French oceanographer who made numerous visits there. The Mexican government unilaterally changed the name of the island to reference the famous Frenchman in 2009, which generated opposition from residents and many across Mexico. Cousteau was called the Sea of Cortez “the world’s aquarium” due to its fantastic abundance of marine life. La Ventana is a perfect place for anyone wishing to try their hand at snorkeling, kayaking or diving. 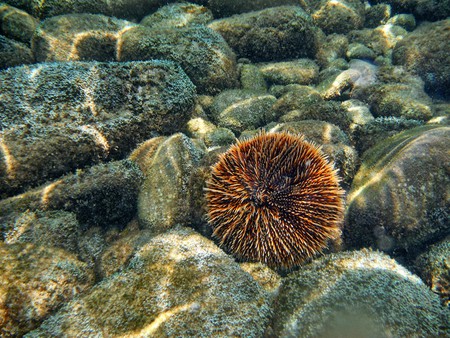 The largest proportion of Mexican wine is produced in Baja California, and in particular in the municipality of Ensenada. The Valle de Guadalupe was founded, like so many places on the Baja California peninsula, by missionaries. Spanish colonialists brought vines over with them during the conquest, but after the surprise success with which the vines grew, it was not long before the Spanish crown banned production outright. Fortunately a sufficient number of missionaries were able to continue wine production, and the practice has been has been maintained to this day. The valley and surrounding areas are home to a series of wineries that can be visited for tastings. 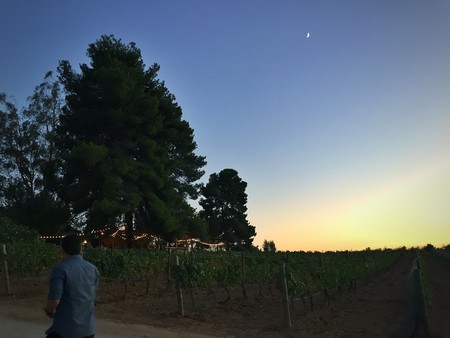 Mogor vineyard | © T.Tseng/Flickr
Give us feedback