This Top Mexican Restaurant is Decorated with 10,000 Bones 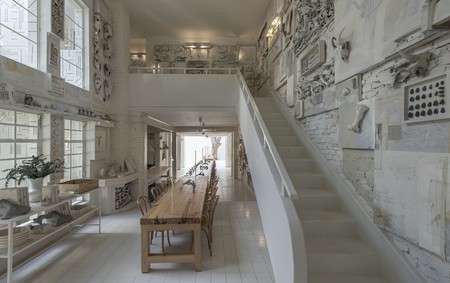 One of Mexico’s most respected restaurants, El Hueso in Guadalajara, has walls adorned with more than 10,000 white animal bones. The unique eatery is set in a refurbished 1940s building near Guadalajara’s trendy Chapultepec Avenue. There is no sign above the entrance to the restaurant; just a single bone that hangs from a chain above the door.

Inside, whitewashed walls are covered from top to bottom with animal and fish skulls, bones and anatomical sketches. A glass display case at the foot of the staircase boasts a series of skeletal specimens arranged as if in a natural history museum. A huge bison skull is mounted in El Hueso’s bathroom and the long tables are decorated with hefty leg bones instead of the flowers you might expect in a traditional restaurant setting. The restaurant even displays exotic and unusual bones such as a tiger skull and whale ribs. 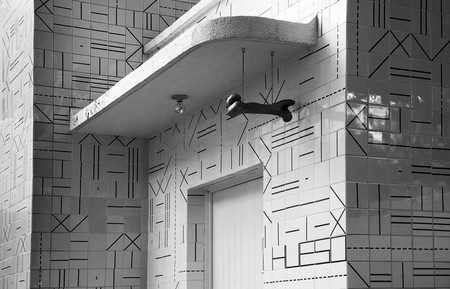 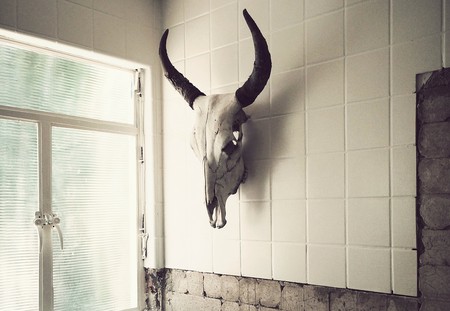 El Hueso, which means bone in Spanish, was opened to critical and popular acclaim in 2014. The skeletal-themed eatery was developed by Juan Manuel Monteón in collaboration with the chef Alfonso Cadena. The 70-square-meter venue is Cadena’s second restaurant after La Leche in nearby Puerto Vallarta. A third called Carboncabron recently opened in Los Cabos. In stark contrast to El Hueso, this latest venture is decorated with dark, charred wood.

All three restaurants have attracted star-studded clientele. El Hueso has been visited by the British band Blur and political figures such as former Mexican president Felipe Calderón. Of course, the unique aesthetics of the restaurant are not its only draw. The menu is constantly evolving and boasts excellent dishes such as bone marrow with scallops and mussels in beef broth. 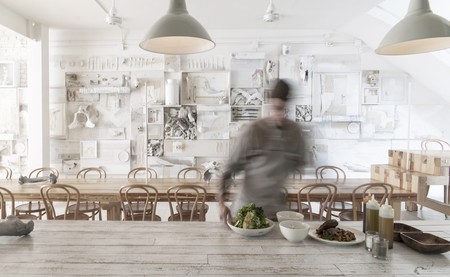 The menu changes from season to season, depending on the availability of certain fruits, vegetables and seafood. All ingredients are sourced locally from the state of Jalisco except for the beef, which comes from Cadena’s home state of Sonora, an area renowned for its red meat. The drinks menu features an impressive range of Mexican craft beers, fine wines and unique cocktails. 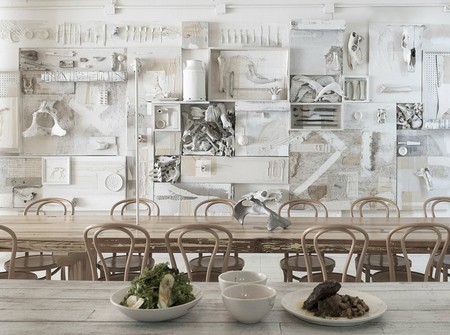 Apart from its bones, El Hueso also features an unusual table layout. A long wooden table divides the dining hall, offering seats for as many as 54 people. This striking feature seats different groups of diners side by side and encourages conversation between them. It’s also a uniquely egalitarian and communal arrangement: in El Hueso, non-celebrities eat alongside the VIPs. 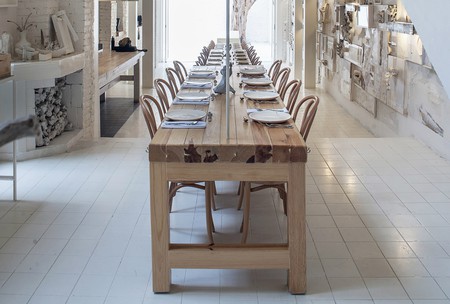