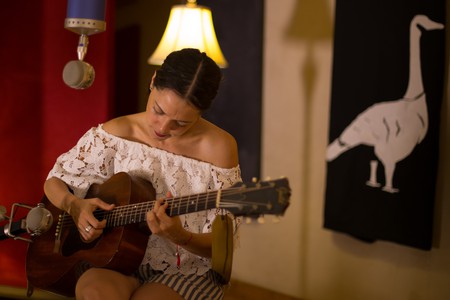 An art-centric, sustainable hospitality model at El Ganzo encourages artists to use their interior space as a creative canvas. But not only do visual artists flock here, musicians from all genres—from all over the United States and Mexico—come to hone their craft. The trade off? Space and time to create a body of work, while leaving something behind before they go.

Riding along the road to San José del Cabo, the arid Sierra de la Laguna mountain range looms up on all sides. When you think of Cabo, the first thing that comes to mind is the party scene, but away from the rowdy tourists, the eastern side of the peninsula holds a secret gem: El Ganzo. And behind a trapdoor beneath the main floor of the boutique hotel, they do things a little differently. 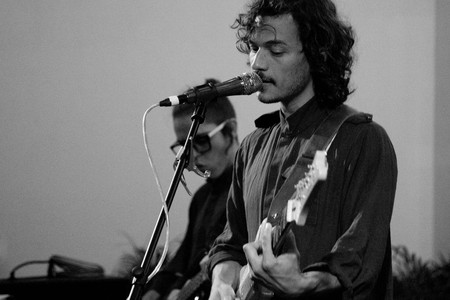 This new artist-in-residency travel trend for boutique hotels is on the rise. It’s already been adapted at Swatch Art Peace Hotel in Shanghai, Ace Hotel in New York City, and now Hotel El Ganzo in Mexico. The model is pretty simple: Stay here for a week, create work, and present your final product at the end —all while experiencing the miniature oasis that is San José del Cabo. Each artist leaves their mark on the space in some way, be it a painting or mural inside one of the rooms, or a track recorded in the onsite, underground studio. 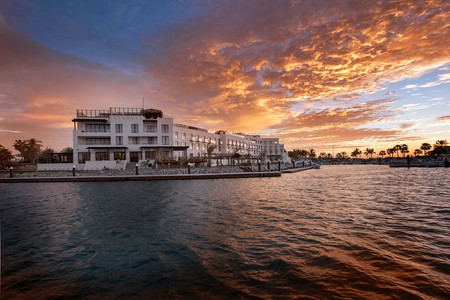 It’s a pioneering model that places value on creative input and cultural exchange—a kind of high-end barter for the artistically-minded. But what’s particularly unusual about El Ganzo is they don’t just create art for hotel guests—the surrounding community in Cabo is essential to the model, too. In a sense, the art itself bridges the divide between the tourists and locals. They also hold a free, public concert each month to showcase the work of the visiting musicians. 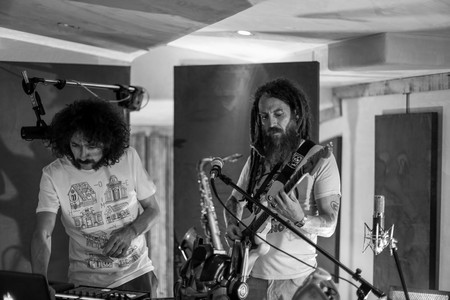 In the common area of the hotel, a wooden trapdoor hides the entrance to an underground recording studio. Inside its ‘70s-inspired, reclaimed wood interiors, music curator Mark Rudin records, edits, and publishes original tracks from the visiting musicians. Rudin originally came to El Ganzo in 2012, when the recording space was just a concrete basement where the hotel workers would nap. “I was concerned it wouldn’t be a great functioning studio. I thought, ‘how are we going to isolate this from the outside sound?’ ” he recalls.

While isolating the studio from the noise and bustle of the hotel was problematic, they found their solution by designing a room-within-a-room. 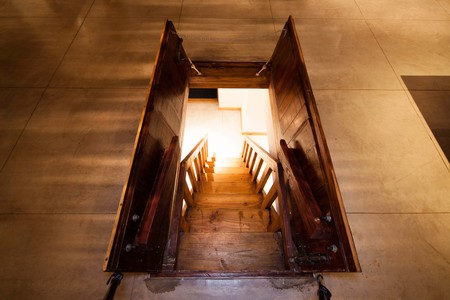 Trapdoor in hotel lobby, which leads to the underground recording studio for visiting musicians | © El Ganzo

“It’s a real floating room, floating on three inches of fiberglass and built into a metal cage. Everything acts as a sound lock,” Rudin says of the design. Each piece of furniture has a purpose, as well. “The large couch is about cutting out low frequencies and [attempting] to get rid of the parallel walls. It’s all about function here.”

With only 11 musicians per year, Rudin has to be selective. “I try to do a 50/50 split between Mexican artists and U.S. artists. I’ve always wanted to have a situation where people come based on musical taste, not because they’re well-known artists. We’re looking for world-class musicianship. But other than that we’re genreless.” 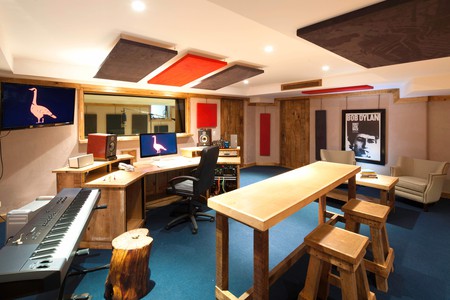 So far, the process for bringing in the musicians has been organic, rather than manufactured. And it’s always been based on quality. “It’s all been word of mouth…it’s a constant hustle,” he adds.

Each track recorded at the hotel is added to the El Ganzo sessions—a series of in-studio videos with an authentic, mesmerizing energy. “The Abbey Road sessions were the inspiration for the videos,” says Rudin. 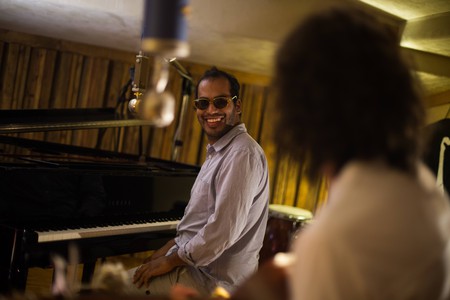 Each session highlights the acoustic sound of each artist and plays in a loop within each hotel suite, in lieu of cable TV. Between Ximena Sariñana’s heart-achingly beautiful “Ruptura,” Natalia Lafourcade’s hauntingly fragile notes in “Tonada De Luna Llena,” Rachael Yamagata’s soulful tribute in “Meet Me By The Water,” and Brett Dennen’s catchy “Only Want You,” it’s impossible to leave the music behind after you checkout.

If you weren’t an acoustic lover before your stay, the El Ganzo sessions will follow you like a new mantra, a rapturous envelope, forcing you to turn inward and do the unthinkable: relax. 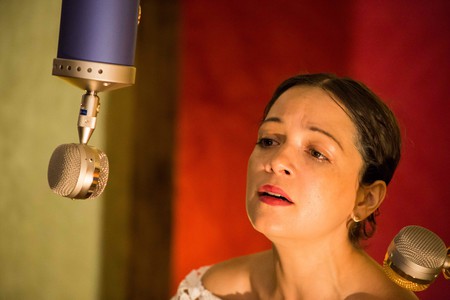 While most of the studio’s inhabitants are independent musicians, many will recognize names like Damien Rice, Sara Bareilles, Thievery Corporation, and Mexican grammy-award winner Natalia Lafourcade—all of whom have spent time recording music at the studio. (“Natalia’s eighth grammy is because of my trumpet solo,” Rudin joked during our interview.)

Within each El Ganzo session, within each work of art or mural, within each note captured, something singularly provocative, almost timeless is left behind. “We’re reaching into the crevices that hotel marketing doesn’t touch. It’s unquantifiable right now, but it’s why it’s special,” says Rudin. And it’s exactly that “unquantifiable something” that makes this place so inimitable. 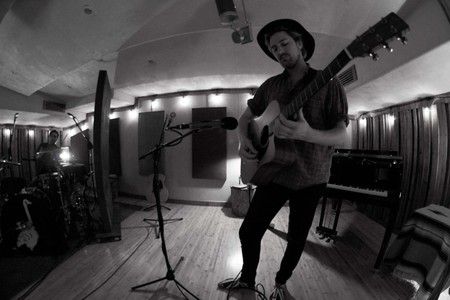