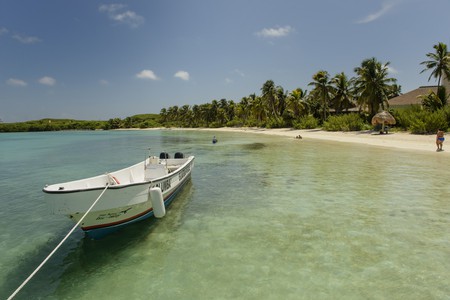 The bay of Isla Contoy | © Son of Groucho / Flickr

In recent years, the Mexican islands of Cozumel and Isla Holbox have been grabbing the international spotlight, with tourists flocking to enjoy their azure waters and perfect beaches. Yet the tiny island of Contoy, just off the coastal state of Quintana Roo, is still practically unknown outside of Mexico, despite boasting its own stunning beaches and wildlife.

Measuring just five miles (8.5 kilometers) in length and little more than 1,600 feet (500 meters) at its widest point, the island is so tiny that that the Mexican government has imposed a highly unusual restriction. Isla Contoy has a maximum capacity, with only 200 guests allowed to visit each day. 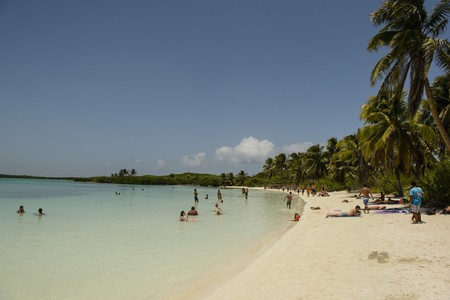 Situated around 19 miles (30 kilometers) north of Isla Mujeres, the island has a surface area of less than 790 acres (320 hectares) and can be easily explored in a day. In 1988, the Mexican government declared Isla Contoy a national park, in an effort to preserve its ecosystem and incredible wildlife.

Nature lovers feel very much at home on Isla Contoy – the island is a sanctuary for four species of sea turtle and approximately 152 tropical species of bird. The brown pelican, the frigate, and the double-crested cormorant are the most numerous.

Because of this impressive range of wildlife, the island is a popular ecotourism destination, although the quantity of visitors is strictly regulated, with only 200 allowed per day. Tourists need to apply for special permission to visit Isla Contoy at the park offices in Cancún. The island is also home to several biologists who are in charge of monitoring the environment.

Contoy is a world-class snorkeling and diving destination, surrounded by the Ixlache Reef, which is set at the northern end of the Mesoamerican Barrier Reef, the second-largest coral system in the world. This bright coral system is bursting with ocean life, including sea turtles, nurse sharks, and all manner of tropical fish. 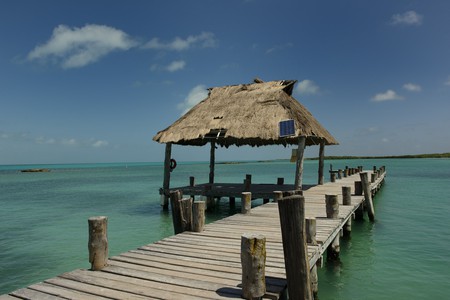 The island currently boasts a visitor center along the pier, a museum, a souvenir shop, and a watchtower. Some of the money from the shop is put towards the conservation and future sustainability of the island.

On reaching Isla Contoy, visitors typically take a guided tour to learn about the local flora and fauna. The island boasts 98 species of plant, including four varieties of mangrove that cover more than half of its surface.

The island is also blessed with lush palm trees and surrounded by clear, turquoise waters. Its unblemished beaches are famous for their soft, snow-white sand, which does not stick to the skin.

After exploring the island and its beaches, visitors on tours are typically offered lunch. The local specialty is tikin-xic, or dry-wing fish, which is cooked butterfly-style over a barbeque. 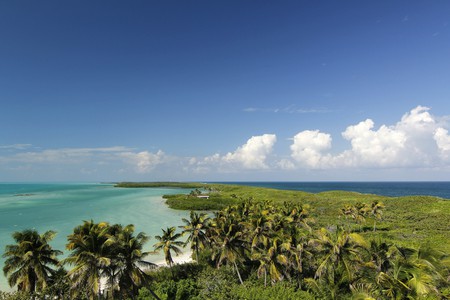