This Desert Land of Cacti Was Just Made a UNESCO Site

The Tehuacán-Cuicatlán Valley has been named a UNESCO World Heritage site thanks to its incredible biodiversity and archaeological remains. In this valley in Mexico, visitors can witness a forest of cacti that is now a rare and endangered sight. Read on to find out more about why you should include this destination in your travels.

According to UNESCO officials, the area has the richest biodiversity in the whole of North America. It’s especially important as an area of diversification for cacti, which are critically endangered around the world. 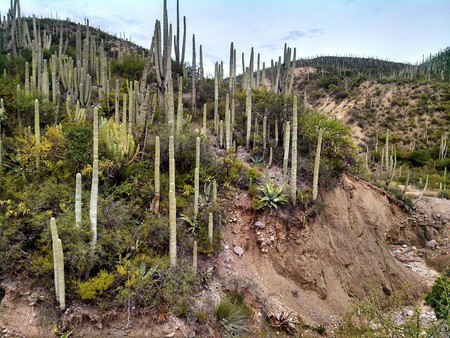 Visitors will be treated to the sight of dense forests of columnar cacti that spread across the 145,255 hectare area on the border of Puebla and Oaxaca states. It’s also home to endangered wildlife like the royal eagle. All told there are 141 species of birds living in the area, and 3,000 species of vascular plants such as agave, yuccas and oaks.

In addition to its natural attractions, there is also evidence of the oldest water management system in the Americas, with ancient canals, dams, and aqueducts. This helped create some early agricultural settlements. In this area, specialists have traced proof of the early domestication of crops, including pumpkins and chiles.

It really is a fascinating place to spend time, and you can still see rock paintings, graves and citadels from the Neolithic period. It’s amazing to think that people survived in such a seemingly inhospitable environment without any modern technology. 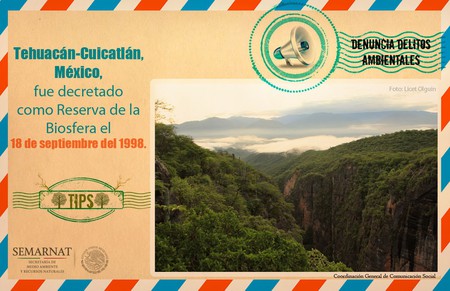 Tehuacán-Cuicatlán has been a biosphere reserve since 1998 | SEMARNAT / flickr

Whether you are more interested in nature or the development of human society, the Tehuacán-Cuicatlán Valley is well worth a visit. You’ll be able to get some great photos of the cacti forests, and the landscape is truly spectacular. There are walking trails through some of the area, and you won’t need any special gear apart from a decent pair of shoes and lots of water.

The arid and semi-arid site has been protected since 1998 before officials declared it a biosphere reserve in 2012. Conservation efforts mean that its remarkable attractions remain intact, and it’s actually quite easy to visit. You can make it a day trip from either Oaxaca City or Puebla, or plan a stopover as you make your way from Oaxaca to Mexico City.