Women Entrepreneurs Of Mexico To Watch Out For 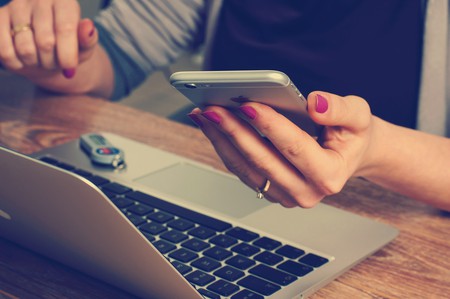 Continuing our series of the Mexican women to watch out for, which began with these musicians, we turn our attention to the entrepreneurs who are making business waves in a sector and a country typically dominated by machismo culture. Figures from a few years ago showed that only 2.4% of Mexico’s entrepreneurs were women. However, from start-up superstars to those who’ve worked their way up the corporate ladder, these ladies should be on your radar.

Celeste North has previously been the leader of Women 2.0’s Founder Friday, the manager of on-demand, rotating film streaming site MUBI in Mexico City, and she was also the founder of the now defunct film and technology start-up NuFlick. Currently, she’s working as a UX Designer with the company Backbase, which is a software company dedicated to helping banks manage their customer interactions better. Alongside this, North also participates sporadically in various female entrepreneurship communities in Mexico, such as Emprende.la and Opinno.

Kichink was one of the 11 start-ups recognised by Google for Demo Day for Entrepreneurs, Women’s Edition. One of the e-commerce company’s co-founders, Claudia de Heredia, is therefore one of our Mexican women to watch in the world of business. She herself has recognised the barriers women in Mexico face when they want to enter the world of business (assumptions that you’re going to get pregnant and leave, being just one of them!) and she’s overcome them all, now dealing with the PR and client growth aspects of Kichink.

After getting her Masters in Economics in Spain, Ana Isabel Orvañanos returned to Mexico to work in the finance field before coming up with the idea for Aliada. A platform through which Mexico City residents can find the ideal housekeeper for them, and vice versa, it’s regularly considered one of Mexico’s most successful start-up sites. Since starting in September 2014, Aliada has since grown to work with more than 150 professional cleaners, helping formalise this largely unregulated and informal Mexican industry.

While clothes swap and sell sites have been popping up all over the place of late, Karla Tammekand (the brains behind Truekeo) was one of the first to hop onto the bandwagon, particularly in the Latin American market. Created in 2010, what sets this site apart from big-hitters such as eBay are the wide variety of things that can be swapped and exchanged – you can swap experiences for fashion or iPods for bikes, amongst other things.

Epic Queen is a business that, as well as having a quite literally epic name, offers inclusive programmes which aim to increase the involvement of women in the field of innovation, particularly in Mexico. It was after realising that there are still only a few women working in the field (97% of science and technology positions are occupied by men) that Ramírez and González came up with the idea for Epic Queen. They offer online courses and host monthly events that bring together female leaders to share their experiences.

Alongside her business partner María Fernanda Huerta, Marlenne Reyes Gutiérrez founded the start-up Arte Marí-Marí in 2013, with the idea of preserving the cultural heritage of Mexico. They work with indigenous women who create artisanal embroidered products which are then transformed into items like cushion covers and sold through Arte Marí-Marí all over the world. This ensures the women receive a fair wage and recognition for their time-consuming, skilled work and gained the co-founders help from the Cherie Blair Foundation in 2015.

One of the biggest names in the world of Mexican entrepreneurs, male or female, Blanca Treviño is a business leader with decades of experience in the industry. She’s currently the CEO and President of Softtek which started life in Monterrey, Mexico and has since become Latin America’s principal IT services provider. Furthermore, she’s a member of several boards such as Walmart México, Caintra and Copermex, was the first woman included in the International Association of Outsourcing Providers’ Hall of Fame, and wrote an open letter directed at Trump and Clinton during the presidential campaign!

Antonia Gutiérrez made history when she was named the first female CEO of American Airlines México after having worked with the company for more than 40 years. Her story is truly inspiring and shows where hard work can get you, as she started off working as a secretary before climbing the ladder to budgeting and finance, and continuing upwards to her current position as CEO. Since beginning as CEO, three new routes have been opened between Mexico and Dallas amongst other things.

It’s likely that you’re more familiar with the work of Ana María Olabuenaga than you are with her name, given that she was the first woman to found and lead a publicity agency in Mexico. For example, she’s the brains behind marketing campaigns such as ‘Es fácil ser hombre’ for Tecate. In 2015, her company Olabuenaga Chemistri merged with a subsidy of Leo Burnett and Olabuenaga is now the transnational strategic consultant.