The Wide World of Mexican Sombreros 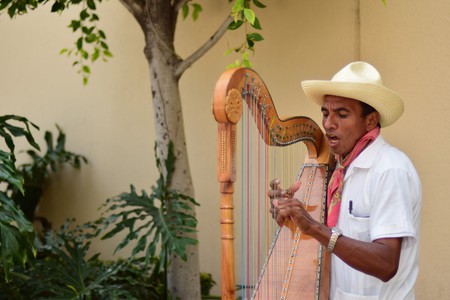 The sombrero has defined the image of Mexicans in the rest of the world for centuries: from Emiliano Zapata to the musicians of Veracruz, hats have always played an important part in Mexican society. We’ll take you through a tour of Mexican hat styles, which vary from region to region and are made from a variety of materials, for a variety of purposes.

The Calentano hat comes from a region in Mexico known as tierra caliente, or hot earth, made up of the states of Michoacán, Guanajuato, Guerrero and the State of Mexico. The hat has sides that are turned up and held tightly with a black ribbon (though the hat is created with upward curving sides already so that it retains its shape even when the ribbon is untied). The Calentano hat style is said to have originated in Tlapehuala, Guerrero, (where natural palm is abundant) and is made from palm leaves that have been left to dry in the sun, giving the hat its beige color. The most labor-intensive handsewn versions of this hat are the most expensive and may cost upwards of $50 USD (£36 GBP). 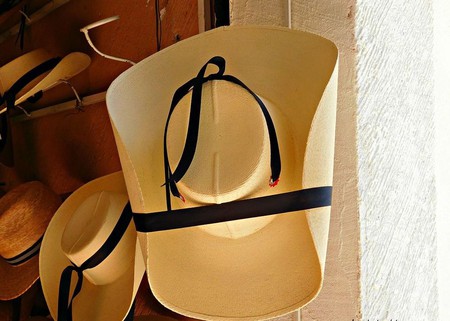 Hats made from jipi, a type of short palm that grows in Mexico, are almost all made in a town in the Mexican state of Campeche called Bécal. The traditional version of this hat (they can be shaped into various styles) is most popularly called the Panama hat, but the first of its kind was made in Mexico. The families of Bécal, which there aren’t many of, have become famous for their skills as hat and basket artisans. Each family has a cave built into the back of their homes or off of their patios, some of which are carved out of the local limestone rock that is prevalent in the region. 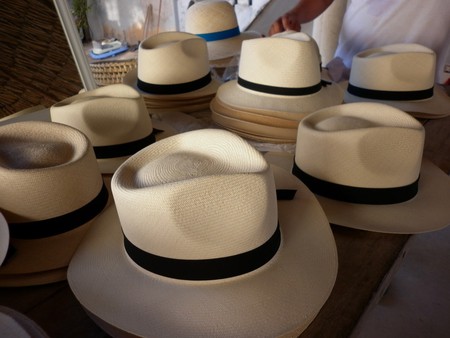 The charro is quite possibly the most ubiquitous Mexican hat in the imaginations of the rest of the world. This sombrero has a wide flat brim and a raised top that looks like someone took two giant fingers and squeezed it. A version of this hat is what you will most often see mariachi musicians wearing, sometimes with brims that extend further from the original charro design but are always embroidered and embellished with gold and silver threads, beads, sequins and other eye-catching elements. A Charrería is a competitive event similar to a rodeo that encompasses horsemanship, dances and equestrian tricks considered to be Mexican national sports. Its participants are called charros and don this type of hat. 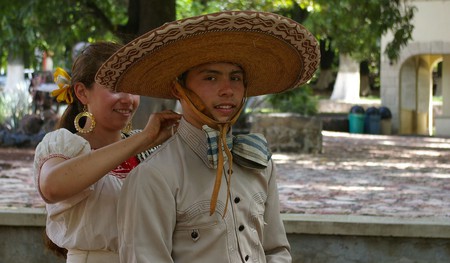 This is a version of the charro hat that was made famous by the revoluntionary fighter Emiliano Zapata and has a wide brim with a tall, pointed top. It is sometimes called a piloncillo in Mexico because it resembles the cones of brown sugar sold in Mexican markets. These wide-brimmed cone hats are more often used for show or as a joke on Mexican holidays than actually worn daily by Mexicans. Around the country’s Independence Day and the Dia de la Revolución, you’ll see them sold at street stands in many Mexican cities. 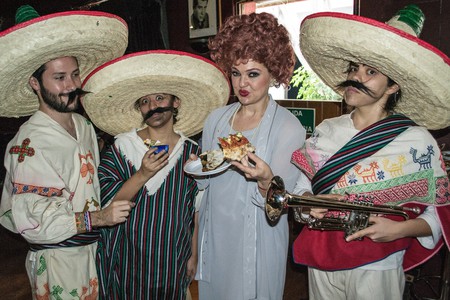 This hat is known as the “Texan” or Northern hat because it’s popular in the north of Mexico and the Southwest of the United States. It has slightly upturned sides (though not as marked as the Calentano) and the top features a deep impression in a shape resembling an arrow. This is the classic look you’ll often see in old Westerns and can still find on the heads of cowboys in Mexico’s northern region. Tejano hats are generally made of animal skin and usually have some kind of thin band around the base. 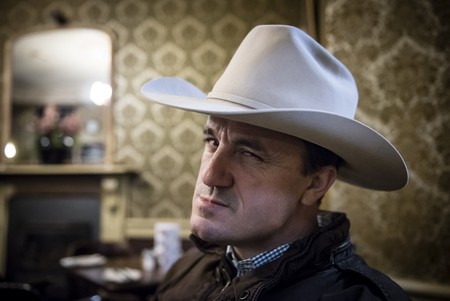 Jarocho is the nickname given to Mexicans from the southern port of Veracruz and its surrounding area, while son jarocho is the regional music played in this part of the country. While today’s son jarocho musicians use all styles of dress, the traditional outfits worn for the dances once included entirely white clothing—elaborate skirts and blouses for women and white guayabera shirts and pants for men. The men almost always wear a jarocho hat made of white palm leaves with four indentations on the top that make it look like an inverted four-leaf clover.

Considered to be the most elegant hat in the Isthmus of Tehuantepec in the state of Oaxaca, the charro 24 hat is made of palm, has deeply upturned sides and a high rounded point for its top. Once the hat is made and shaped from palm, it’s covered in velvet (usually red in color) and decorated with a gold trim around its edge and base. This style of hat is traditional with the Zapotec people of Oaxaca and is only worn for special occasions.