The Ultimate Guide to Partying in La Paz, Mexico 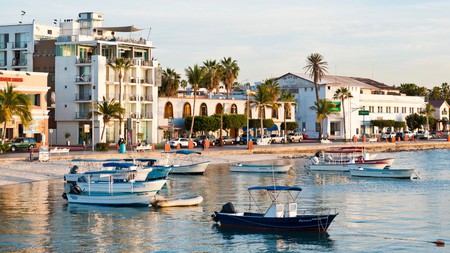 Characterized by the bright blue waters of the Sea of Cortez, the elegant palms and thronging cafes that line the city’s boardwalk, or malecón, and the arid landscape peppered with giant cacti on the fringes of town, La Paz in Baja California offers an authentic taste of Mexico. After a day of sailing around the bay or beyond, there is no better way to toast your La Paz adventure than with a traditional cocktail at one of the malecón’s bars as the sun dips into the sea. Then as night descends, there’s plenty of partying to be had. Here we reveal how to let your hair down in this characterful seaside city.

Dip into La Paz and experience its party scene by chartering a boat through Dream Yacht Charter.

Which bars are the best to visit and why?

The city of La Paz might feel worlds away from the lively resort of Cabo San Lucas in the south, but this unassuming eastern coast city still packs a punch, with traditional Mexican hospitality and locals keen to share their hometown with visitors. Among the best hot spots is Elbuen Bar. Just off the promenade, it’s regularly frequented by locals, a sure-fire sign that the cocktails are top-notch. La Terraza is another bar right on the malecón and offers a dreamy vista through the palms, right out to sea. With colorful interiors and exceptionally large glasses of margaritas, it’s the ideal place to spend an evening watching the sun setting behind smiling tourists posing next to the landmark La Paz sign. Captain’s Sunset Bar is another go-to for a sundowner drink, with live music and sweeping views over the bay, as well as tequila tastings. The bar also offers sunset cruises onboard their resident catamaran, the Baja Cat. At sea, guests can sip on rum punch cocktails. El Parnazo is another firm favorite, with an urban feel and a vast selection of drinks to enjoy, including original concoctions from the bartenders. At Cotorritos, right on the malecón, you’ll find a vibrant atmosphere and live music from sundown until late. 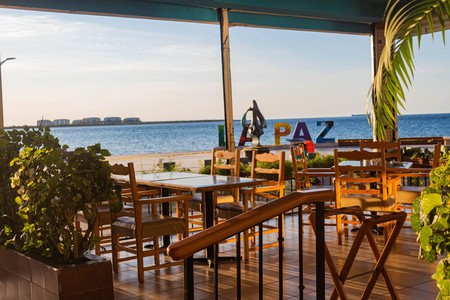 The best drinks and cocktails in La Paz

A refreshing and zingy margarita is the go-to in Mexico, but in La Paz, there is an array of other specialist drinks favored by the locals. A La Paz classic is the Michelada – a heady mix of beer and lime, spices, and tomato juice. La Paz’s premier mezcaleria, La Miserable, offers an extensive selection of traditional mezcals to try too, either neat or as a mezcal-based cocktail, served by staff who know their spirits. For local beer, keep your eyes peeled for Baja Brewing, the original craft beer company from the south of the region, boasting numerous awards to its name. Its crafty creations can be also found at Harker Board Co, an easy-going establishment right on the malecón with a kayak rental shop attached. Damiana is an herbal liqueur made with the eponymous herb from the BCS region and one to look out for in La Paz. Its light and sweet flavor make it perfect for drinking in a margarita. 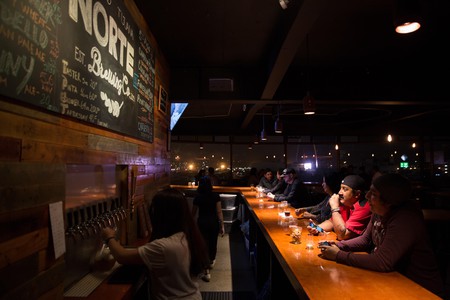 How to get to La Paz?

Getting to La Paz from the UK involves a layover after flying from one of the UK’s major airports. From Mexico City International Airport, it’s a short two-house flight to La Paz’s Manuel Márquez de León International Airport. If you plan your flight to layover in the US, some southwestern cities, such as Dallas and Phoenix, offer direct flights on American Airlines into La Paz. Alternatively, Los Cabos International Airport has direct flights from a broader range of major cities in the US, including Houston, Los Angeles, Dallas, and Chicago. From there, it is a two-hour drive to La Paz and there are plenty of car rental companies or shuttle van services to choose from. By boat, from Cabo San Lucas to La Paz can take a few days, with a few idyllic places to drop anchor along the way. One place to stop along the way is Los Frailles, a destination with great snorkeling and opportunities to swim among the manta rays in the middle of the Parque Nacional Cabo Pulmo. 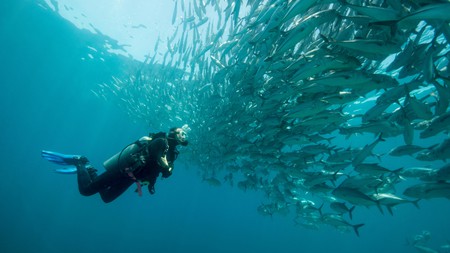 Explore the shoreline beyond La Paz by hiring a boat through Dream Yacht Charter – no sailing experience necessary.