The Ultimate Guide to Climbing the Pico de Orizaba 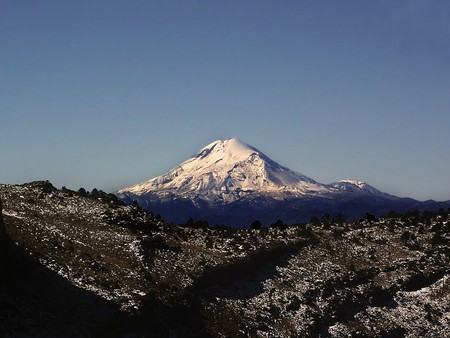 Citlaltépetl, Star Mountain or “the one that illuminates”—these are all references to the breathtaking, snow-covered Pico de Orizaba volcano that sits on the border of Mexican states Puebla and Veracruz. At 5,636 meters (18,491 feet), the Pico de Orizaba is the world’s most pronounced volcanic peak after Mount Kilimanjaro in Africa. The mountain’s summit is so prominent that it is visible to ships coming into the Veracruz port 110 kilometers (68 miles) away.

This dormant, but not yet extinct volcano attracts hundreds of international climbers to its summit each year. Due to Mexico’s yearly rainy season (May–October), the most popular time for traversing Orizaba is winter, particularly around Christmastime. Due to the mountain’s high altitude and the glacier that sits atop it, starting at around 5,000 meters (16,000 feet), it’s essential that hikers who are looking to take it on be acclimatized and have the right experience and correct gear. 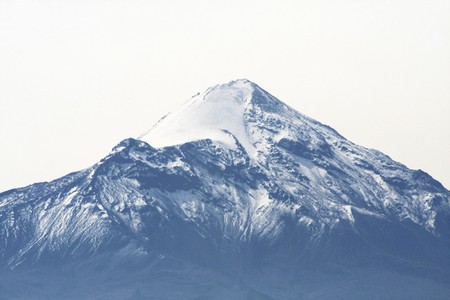 Most hikers arrive at the Mexico City airport or the one in Puebla, but the Veracruz airport is also an option. The town of Tlachichuca is the closest to the starting point of the mountain’s main routes and is reachable by public bus from the main bus station in Puebla. That means taking a bus to Puebla from the TAPO bus station if you are arriving in Mexico City (the city has two main stations, TAPO and Terminal Norte); if you are flying into Puebla, take a bus from the city’s bus station (CAPU). The bus line Valles will take you to Tlachichuca.

Your other option is to hire a private driver in advance to take you from any of the three airports directly to Tlachichuca or Puebla if you are flying into Mexico City. This option will most likely cost over US$100 per person, whereas taking the bus will probably be one-quarter of the price. However, if convenience is your focus and you don’t speak a lot of Spanish, a private driver could make you feel more comfortable in the end.

Most experts recommend taking a few days to acclimatize to the altitude; Mexico City and Puebla both sit over 2,000 meters (6,562 feet) above sea level. If you are coming from a lower altitude, however, staying in for a day will help the process. There are hundreds of hotel options in both cities, and if you want to enjoy either place for the day, don’t try to stay out by the bus station. It’s better to stay in the center of town, and in the case of Mexico City, look for accommodations in one of the more tourist-friendly neighborhoods, such as Roma or Condesa.

Once you are in Tlachichuca, there are a few options for lodging that specifically cater to climbers. A company called Servimont runs a hostel with both dorms and private rooms; it also arranges Orizaba hiking trips with guides. There is also the 10-room Joaquin Canchola Hostel, which also offers guiding services and equipment rental.

From Tlachichuca, hikers can arrange a bumpy ride to Piedra Grande Hut at 4,260 meters (13,976 feet) on the north side of the mountain; it sleeps 40–50 people and is free to stay in (but you must bring everything with you, including any fuel that you will need). The ride requires a 4X4 because of the terrain. There are also options to camp on several platforms that have been set up at the edge of the glacier at 4,900 meters (16,076 feet).

Experts recommend making an alpine start for heading up the mountain, no later than two or three in the morning. One of the hike’s special highlights is the shadow that Orizaba casts over the surrounding plains at sunrise on the summit. Afternoons can be foggy or involve increment weather, so professionals suggest that you try to time your return to camp at two or three in the afternoon.

There are several routes up the mountainside. The Jamapa Glacier route and southern side route are the more moderate ways. The Jamapa Glacier route, however, can get icy later in the climbing season, and the southern route is shorter both in time and distance but steeper and with some loose volcanic rock. Courses on the east and west of the mountain are a bit more challenging, and there is a technical route called the Serpents Head on the west side of the mountain, complete with 10 pitches of grade III ice. 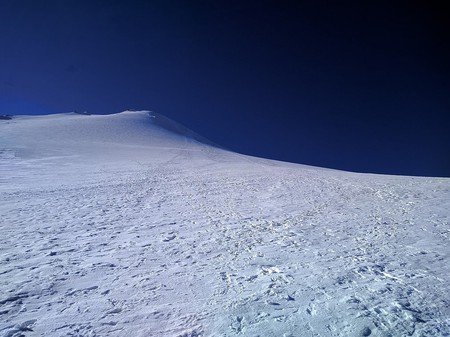 Remember to bring all cold weather and rain gear, as well as crampons, ice picks and other basic equipment and water. And bring a beer or two to celebrate once you complete the climb!