The Top Things To See And Do In Zona Rosa, Mexico City

Considered too naïve to be classed as ‘red’ and too frivolous to be ‘white’, Zona Rosa thus earned its name as the ‘pink zone’. Being one of the main bohemian areas of Mexico City, Zona Rosa has done well in attracting all types of people to its lively scene, famous for being a tourist and gay-friendly neighborhood, unbeatable in its nightclubs, and whose culture has been influenced by the more recent influx of Korean immigrants. Here’s our favorite things to do in this welcoming city. 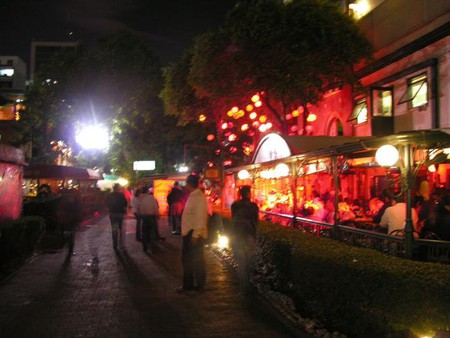 Zona Rosa is most famous for its huge and electric nightlife, particularly appealing to the LGBT community, but now also generally very tourist friendly. For unforgettable nights out dancing along to varied music in a club, singing at a karaoke bar, having a tasty and well priced drink among friends at a lounge, or listening to live music at a restaurant-bar, head to Zona Rosa, where there is something for everyone. 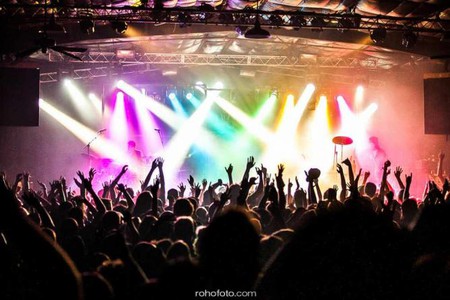 There is no need to go to the prestigious and trendy Polanco area to shop: Zona Rosa offers excellent shopping opportunities in all its glory for much more affordable prices. Here there is a countless number of women’s and men’s boutiques offering the latest in fashion, shopping centers with everyone’s favorite international brands as well as independent shops dedicated to beautiful artisan handicrafts, antiques, art and even a cluster of erotica shops.

Over the years, Mexico City has seen an astounding increase in the acceptance of the LGBT community in general, although Zona Rosa (in particular Amberes Street) stands out as being the neighborhood which is most ‘gay friendly’. To continue this positive change in Mexican society, every year there is a Gay Pride Parade, which commences in Zona Rosa and continues on to the Paseo de la Reforma. Watch out for this yearly huge event of color and fun. 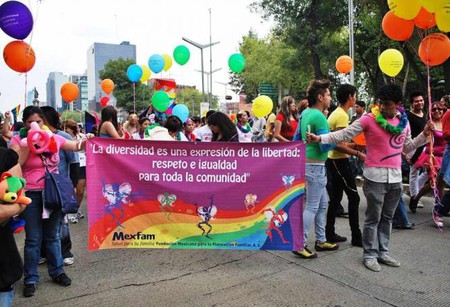 Before heading out to a nightclub, or perhaps perfect for those who want to avoid the busy, loud night crowds, enjoy a meal in Zona Rosa. This tourist friendly neighborhood offers countless restaurants and cafés with delicious menus of all the flavors and dishes of the world, from traditional Mexican cuisine, to Mediterranean and far Eastern gastronomy. There is also popularity with local cafebrerías (café), bookshops, the perfect place to enjoy a delicious coffee and get lost in a book.

Zona Rosa takes over part of the Paseo de la Reforma, a famous street in Mexico City. This area is home to the world famous Monumento de la Independencia, otherwise known as ‘El Ángel.’ The monument was erected in 1910 to commemorate the 100 years of Mexico’s independence from Spain. It is considered one of the most symbolic emblems and an important cultural icon of the city, standing proudly 52 meters in the air. 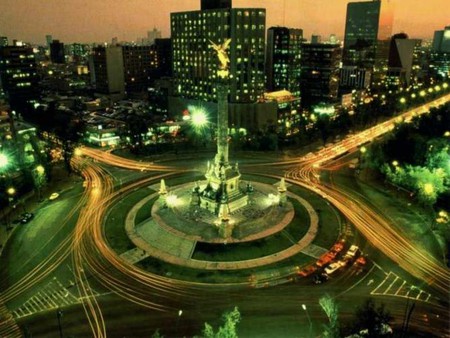 When it comes to art and paintings, Mexico City has a lot to offer, especially in terms of art galleries and museums, for it was the home of great artists such as Frida Khalo and David Alfaro Siqueiros. Zona Rosa, however, proudly holds the works of budding artists: they often gather in the streets, particularly on Londres Street and at the Plaza del Angel, to show and share their work with passers-by, alongside keen antique sellers. You never know, perhaps the next Rufino Tamayo will appear in Zona Rosa. 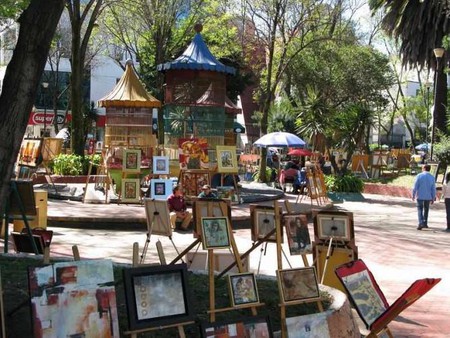 Art in a square | © Agustin valero/WikiCommons

A recent phenomenon in Zona Rosa has been the growing Korean community. Referred to as ‘little Korea’ or ‘Korea town’, this area is abundant with all that is Korean: cuisine, products, clothes and of course, karaoke. The latter has become extremely popular among Chilangos, who enjoy a fun night out. The markets are also unmissable, which have gained more and more attention over recent years. So take a trip to Little Korea to explore the flavors and products of South Korea. 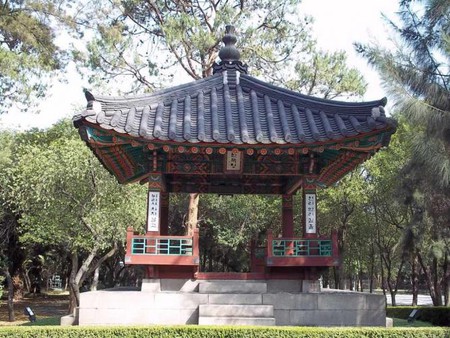 Pavilion of Korean Friendship | © Marrovi/WikiCommons
Give us feedback