Crisanta |Courtesy of Crisanta
As with most cities around the world, the trendy craft beer sensation has taken hold in Mexico City too. With plenty of microbreweries, craft ale beer gardens, and big name artisanal beer companies getting in on the act in recent years, we’ve put together a list of the best places to try out some of this artisanal ale yourself.

As the name implies, Biergarten Roma is all about the beer and they specialize in Mexican concoctions served up alongside a mouth-watering array of German and international-inspired dishes. Situated in the exquisitely put together Mercado Roma, this terrace top bar is effortlessly cool (it regularly hosts foosball table tournaments) and serves a mixture of beer from the tap and bottled options. Alongside Mexican craft giants like Tempus and María Bonita, you can also find German and Lithuanian beers.

Gastropub, Mexican, Pub Grub, Cocktails, Wine, Beer, $$$
La Graciela | © Lauren Cocking
If you like the idea of Biergarten, but would prefer somewhere that solely dedicates itself to Mexican brews then La Graciela might be a better option. This microbrewery-cum-bar features a small workshop where you can watch them brew up some of the beers that they then go on to sell in the bar. For the true beer aficionado, this is surely an unmissable spot if you want to try out craft beer in Mexico, as many of the beers are totally unique to La Graciela.
More Info
Open In Google Maps
163 Orizaba, Roma Norte Ciudad de México, Ciudad de México, 6700, Mexico
+525555842728
View menu
Visit website
Visit Facebook page
Send an Email
Give us feedback

Bar, Wine Seller, Bodega, Mexican, Cocktails, Wine, Beer, European, American, Japanese
A tiny locale located in La Roma, La Belga (which means The Belgian) has a crazy amount of craft ales for your drinking pleasure—over 200 in fact! As well as the staple Mexican options, they also have numerous imported brews from across Europe, the Americas, and even Japan. While they’re not a bar like the aforementioned options, this is the perfect store to pass by if you want to stock up on beers and ales from around the world to enjoy at home.
More Info
Open In Google Maps
96 Calle Querétaro, Roma Norte Ciudad de México, Ciudad de México, 6700, Mexico
+525535479558
View menu
Visit website
Visit Facebook page
Send an Email
Give us feedback

Roma totally hogs all the great artisanal beer joints in Mexico City and it’s no different with Escollo, the experimental, independent brewery that serves up both international options and its own creations. Choose from the Escollo Blond, Pilsner, or Porter if you want a taste of something totally original and accompany it with any one of their typically Mexican dishes such as tacos de cochinita pibil. If you’re not in the mood for beer, the mezcal selection isn’t half bad.

El Depósitos can be found all across Mexico City, so we’re sure you’ll to be able to hunt one down if you’re craving some craft ale. However, we think one of the better El Depósito branches is situated in Roma. Originating as a Cervecería Minerva (one of the most well-known artisanal beer brands in Mexico) project, El Depósito has grown into a concept in its own right and continues to spread the craft beer movement across the country. Try any one of the 100+ options, although beware that the prices are pretty steep.

Pub, Mexican, Cocktails, Wine, Beer, $$$
The self-proclaimed Beer Mecca, Fiebre de Malta is all about the immersive beer experience, offering up a range of options to complement whichever of their ales—be they from the tap or bottled—that you choose. Their menu is almost ridiculously detailed in its description of each beer, the likes of which include Escollo’s brews, all types of stout and bitter, through to global craft options. If you want to learn more about craft ale, or get a true education in the art of beer then this is the place to be.
More Info
Open In Google Maps
156 Calle Río Lerma, Cuauhtémoc Ciudad de México, Ciudad de México, 6500, Mexico
+525552070491
View menu
Visit website
Visit Facebook page
Send an Email
Give us feedback

Over 200 different beers are available at Hilaria Gastrobar in the historic center, so whether you like lager or stout there’ll definitely be something for you. We recommend trying out some of their excellent Mexican options, like La Chingonería or the classic Tempus beers, but if you prefer, they also have international brands. While it can be a bit tricky to find, it’s worth the hunt and if you like, you could even attend their afternoon film screenings before hanging around for a drink. 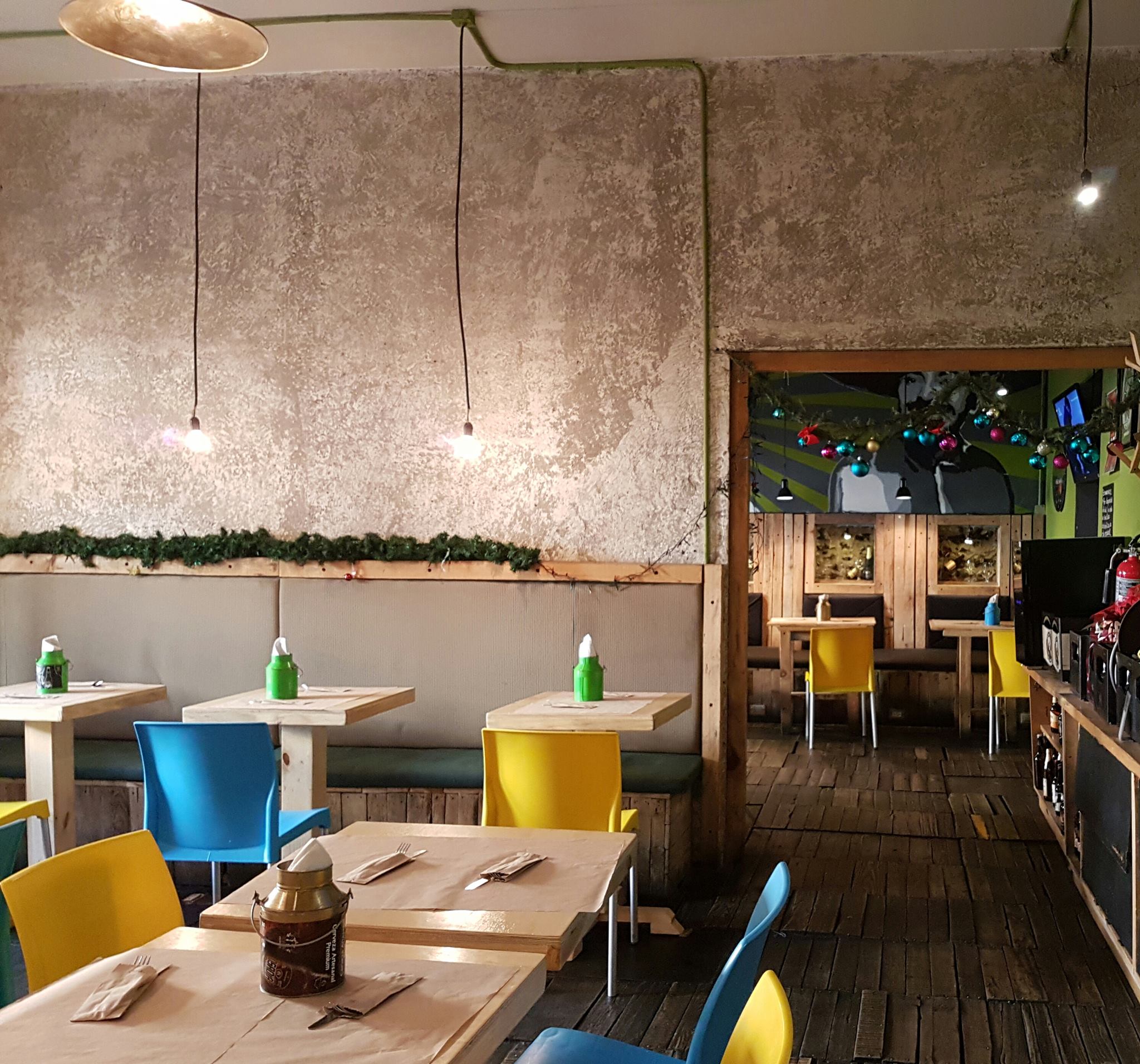 Craft Ale Bar, Pub Grub, $$$
Restaurant-cum-brewery, Crisanta is an excellent one-stop shop if you want dinner and craft ale all under one roof; they pride themselves on offering some lesser spotted options. However, perhaps the coolest thing about this brewery in the Tabacalera region of Mexico City (aside from their sleek white beer bottles, great view, and recycled furniture) is the story behind its name—allegedly based on a woman in love with Mexico who’d tell stories to her cats. It has nothing to do with beer, but it’s intriguing nonetheless.
Looks like it's closed Hours or services may be impacted due to Covid-19
More Info
Open In Google Maps
De La República 51 Tabacalera, Ciudad de México, CDMX, 6030, Mexico
View menu
Visit website
Visit Facebook page
Send an Email
Give us feedback

Bar, Mexican, Wine, Beer, Cocktails
The Mexican take on a craft ale focused pub, Hoppy House, may have a pun-tastic name but the selection of beers is nothing to laugh about. Their various beers by the barrel (of which there are 30) are constantly in flux, meaning there’s something new for every visit, and they’re all worthy of a taste. Laid back, casual, and with a staff well-versed in anything and everything beer related, Hoppy House makes for an ideal, if slightly pricey, artisanal beer experience.
Looks like it's closed Hours or services may be impacted due to Covid-19
More Info
Open In Google Maps
47 Citlaltépetl, Hipódromo Condesa Ciudad de México, 6100, Mexico
+525573144379
View menu
Visit website
Visit Facebook page
Send an Email
Give us feedback

Bar, Mexican, Cocktails, Wine, Beer
Finally, we round off our guide with El Trappist, a bar in the trendy Condesa district that may be small, but is a craft beer force to be reckoned with in the Mexican capital. Of course, as with the rest of the spots in this article, they have a wide selection of beers from the Belgian to the Mexican and back again, alongside the beer specialty of the house—La Trappe. Take advantage of the promotions where possible and enjoy the atmosphere in this small slice of Mexico City craft beer heaven
More Info
Open In Google Maps
298 Avenida Álvaro Obregón, Hipódromo Ciudad de México, Ciudad de México, 6100, Mexico
+525559164260
View menu
Visit website
Visit Facebook page
Send an Email
Give us feedback
Give us feedback