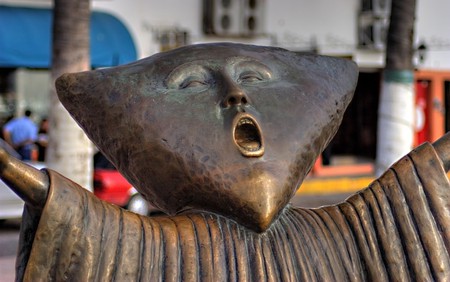 Sergio Bustamante may be an unfamiliar name beyond Mexico, but visitors to Guadalajara or Puerto Vallarta will recognize his surreal, inventive brass sculptures. The visionary Mexican artist began his artistic career as a painter, but is now best known as a sculptor. His incredible artwork can be found on Puerto Vallarta’s pier and in the charming Guadalajara municipality of Tlaquepaque.

Born in the steamy city of Culiacan in the coastal state of Sinaloa, Sergio Bustamante was orphaned as a child. He was raised by his Chinese grandfather, José Chong, who changed his surname name to Sánchez to avoid deportation. 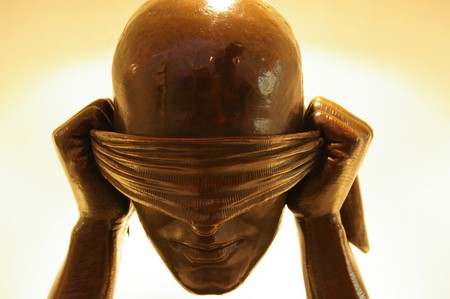 “My grandfather was the key figure in my life,” Bustamente told the Mexican newspaper Noroeste in 2008. “He took me to the Buelna market every day and bought me a paper, cardboard or tin toy, which he hid. Since the house was very big I spent the whole morning trying to find it and only then was it mine. I think that awakened a sense of fantasy, and above all, it made me addicted to searching.”

Bustamente moved to Guadalajara at the age of nine. He was already an avid painter, yet he went on to study architecture at the University of Guadalajara, until he grew frustrated with his studies and decide to focus on his real passion – fine art. Originally, he focused on painting and papier-mâché figurines. He presented his first exhibition at the age of 17.

In 1972, Bustamente moved to Amsterdam, where he developed further as an artist. He returned to Guadalajara two years later, and in 1975 he set up a workshop with other well-known artists in the Tlaquepaque district, which remains his base to this day. 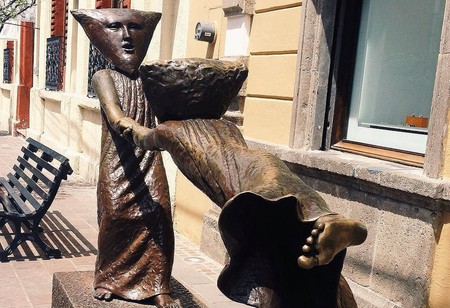 Bustamente’s most famous works are his bronze sculptures, which often feature his trademark triangular-faced humanoids. En Busca de la Razón (“In Search of Reason”), is undoubtedly his most recognizable Puerto Vallarta installation. The sculpture depicts two children climbing a tall ladder while their frantic mother begs them to come down. The piece was inaugurated in 1999 and is located on Puerto Vallarta’s famous malecón, or pier. Standing at almost 30 feet (9 meters) high, the sculpture invites audience interaction, and countless tourists have climbed the ladder to have their photos taken alongside it.

As with most of Bustamente’s works, the sculpture’s meaning is ambiguous and allusive. It seems as if the children are risking it all to reach an impossible destination, one beyond the normal limits of humanity. “The theme is liberty,” the artist himself has commented. 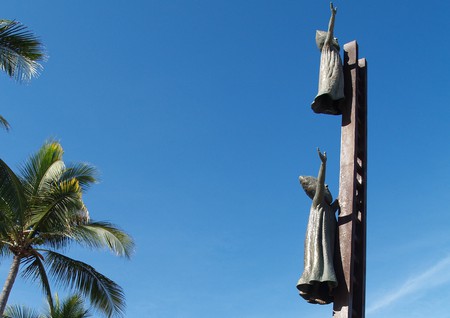 Bustamente’s gallery in Tlaquepaque is a must-see for visitors to the area and showcases extraordinary sculptures in wood and bronze, most of which are available for purchase.

Since 1992, Bustamente has also offered an extensive line of stunning jewelry in bronze, gold, and silver, many of which contain precious stones. Each piece is limited-edition and handcrafted, with a certificate of authenticity signed by the artist. Bustamente’s talents have given rise to a surge in demand for his sculptures and jewelry around the globe, with buyers from the United States, Japan and Russia descending on his Tlaquepaque gallery. 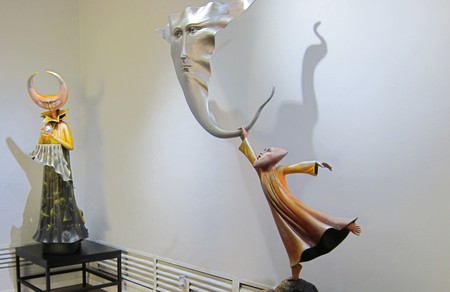 The Bustamente Gallery, Tlaquepaque | © KW / Flickr
Give us feedback