The Mystery Behind Mexico’s Weirdest Museum 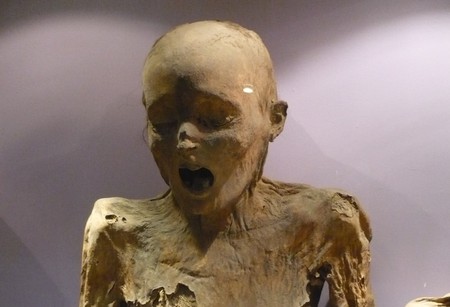 A mummy at the Mummy Museum | © César Landeros Soriano / WikiCommons

In the former mining town of Guanajuato lies Mexico’s weirdest museum, which houses a collection of mummified remains from the local cemetery.

The Mummy Museum draws thousands of visitors per year, providing a further attraction to those who visit the city for its beautiful architecture and relaxed atmosphere. You might be wondering why there is a display of gory human remains, and while the museum isn’t for everyone, there is an intriguing story as to how the exhibits came to be.

Deceased residents were buried in the Saint Paola cemetery next to the museum, where each crypt is subject to a burial tax. If the family can’t pay the fee, the remains are dug up. 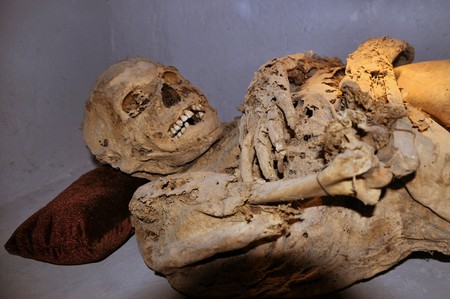 The science of mummification

In 1865, workers at the cemetery extracted the first mummified body to much confusion. More and more mummified remains were dug up as the years went on, and scientists later worked out why. The secret lies in the method of burial, which involves sealing the bodies in airtight crypts instead of burying them in the ground.

The lack of oxygen means that the bodies dry out slowly instead of rotting, leaving them preserved as mummies. The extremely dry soil in the area helps to preserve the bodies.

A variety of mummies on display

In 1958, local authorities decided to stop collecting the burial tax, but by then there were so many mummies that they decided to make a museum. Over the years, it has grown in reputation, attracting visitors from across Mexico and around the world. It has even featured in films such as the 1970 B movie Santo Versus the Mummies of Guanajuato, which tells the story of a lucha libre wrestler fighting against the mummies.

Visitors are treated to the sight of mummies so well preserved that their eyebrows and hair are still visible, along with the clothes that they were wearing. Many died in their sleep, but others were variously stabbed to death, drowned, or buried alive. All of the mummies have tortured expressions on their faces due to the fact that the jaw drops after death. The museum is also home to the smallest mummy in the world: an embryo buried along with its mother.

So, there we have it: dry soil, airtight crypts, and a grave tax make for an intriguing, if not slightly terrifying, tourist attraction in Mexico.