The Most Spectacular Mountains And Volcanoes In Mexico 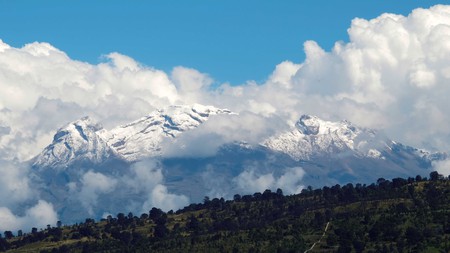 Mount Everest has been stealing the mountain limelight for too long; now it’s the turn of Mexico’s spectacular, and explosive, mountains and volcanoes to come to the fore. While we’ve already discussed the most impressive mountain ranges in the country, here we’re focusing on the biggest, best and most beautiful individual volcanoes and mountains that Mexico has to offer.

Natural Feature, Park
Facebook
Email
Twitter
Pinterest
Copy link
Share
Map View
The most appropriate place to start would be with Mexico’s highest peak, the Pico de Orizaba, a.k.a. Citlaltépetl. As the third highest in North America, with an altitude of 18,491 feet, this Puebla based volcano might leave you breathless in more ways than one. With views over much of central Mexico, Citlaltépetl is always dusted with a snowy cape in the upper section despite its tendency to erupt explosively. Don’t worry too much about that though if you want to climb it – the last eruption was way back in the 17th century.
Open In Google Maps
28 Poniente 20, Santa Maria Tlachichilco Orizaba, Veracruz, 94350, Mexico
+522727215396
Visit Website
Give us feedback

Perhaps Monterrey’s crowning natural glory, the Cerro de la Silla has become an iconic symbol of this northern, industrial city. Its name, which literally translates to ‘Saddle Mountain’, comes from the distinctive shape of the two tallest twin peaks, although there are four peaks total on this vast mountain. If you fancy climbing it you can take a strenuous 5.3km hike to the top and soak up the panorama of Monterrey. 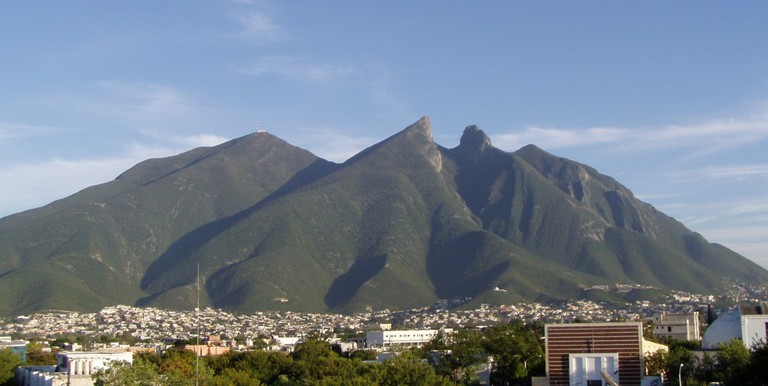 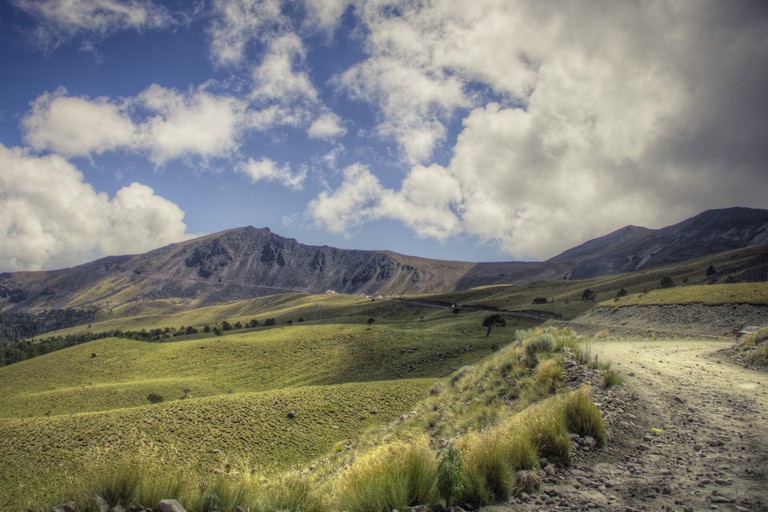 Nevado de Toluca | © Carlos Adampol Galindo/Flickr
This makes the list because, first of all, it’s a truly spectacular and popular climber peak situated in the capital of the Estado de México and, second of all, it has two massively Instagram-worthy craters-cum-lagoons which are happily known as the Laguna del Sol (Sun) and the Laguna de la Luna (Moon). If you’re worried about climbing it, don’t be – this 4,564-foot-high volcano has long been extinct. As well as being known as the Nevado de Toluca for its snow-capped peak, you may also hear it referred to as Xinantécatl.
Open In Google Maps
State of Mexico, Mexico
Give us feedback

Known as both El Chichón (literally, ‘bump’) and El Chichonal, this peak forms part of Chiapas’ so-called Volcanic Arc. Still considered an active volcano, the last and incredibly impactful eruption of El Chichón took place in 1982 and caused global cooling for several years subsequently. However, while the effects of that eruption were internationally problematic, they left behind some outstanding hot springs, natural lakes and waterfalls which can still be admired today. 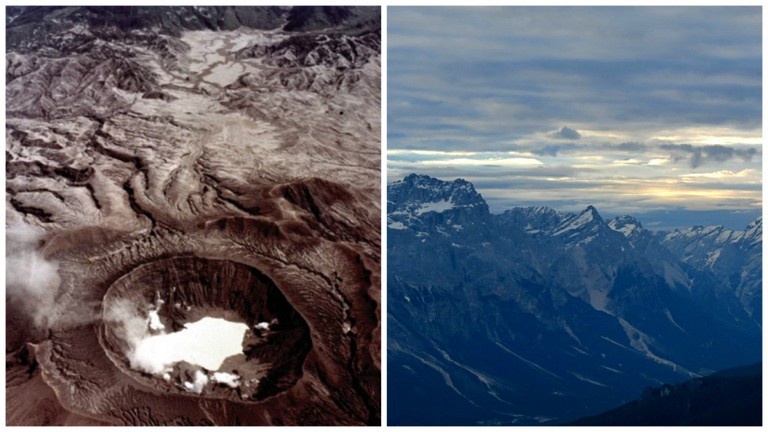 One of Mexico’s famed twin volcanoes, it is perhaps one of the country’s most well-known and active; in fact, in Nahuatl its name literally means ‘Smoking Mountain’, although it’s better known for having near constant lava flows spewing out of it. Just a few miles outside of Mexico City, Popocatépetl is home to some 16th-century, UNESCO protected monasteries which make for an impressive tourist attraction in their own right. Avid climbers wanting to explore the slopes, on the other hand, should make sure authorities consider it safe beforehand. 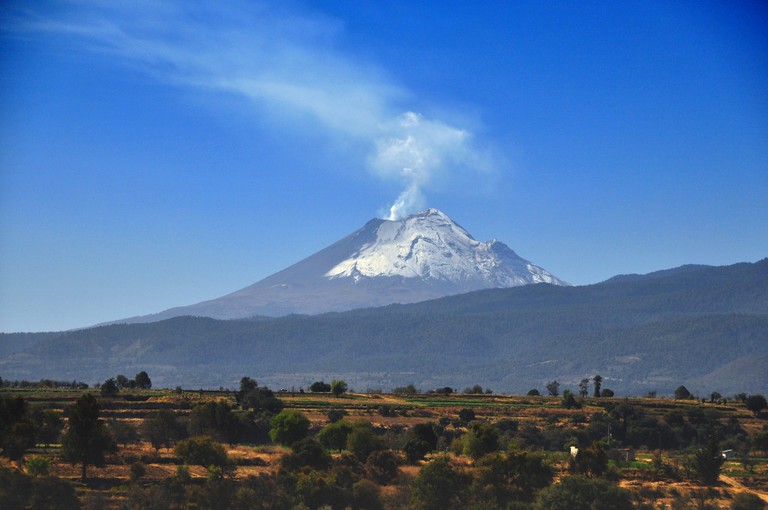 The temperamental Volcán de Colima, also known as Volcán de Fuego (Fire Volcano), is located principally in the state of Jalisco in south-west Mexico, despite being named for the bordering state of Colima. Admittedly, a small portion of the Volcán de Colima is situated in Colima itself. While its last eruption was in 2015, the most devastating one in recent times took place in 1913, and this small yet powerful volcano continues to be one of Mexico’s most volatile. 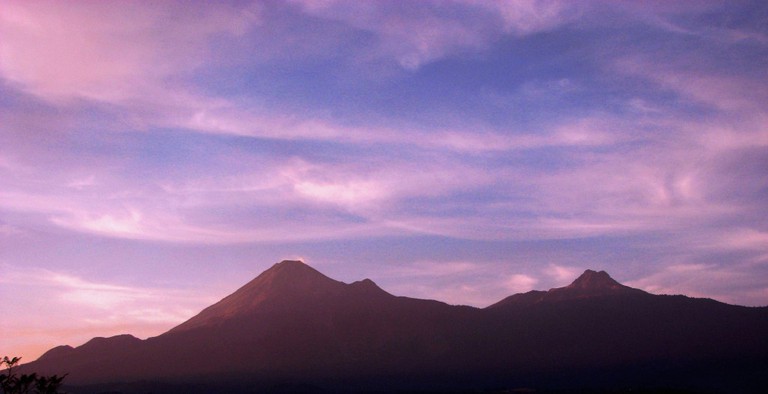 The Volcán de Parícutin makes our list simply because of the unusual and magnificent trail of devastation past eruptions have left behind. Both the surprising formation and ultimate extinction of this volcano took place over a relatively short period of time (1943-1952), although it enjoyed an active life of ash and lava spewing, destroying an entire town during that period. It is now considered one of the seven wonders of the natural world, so is definitely one for the bucket list. 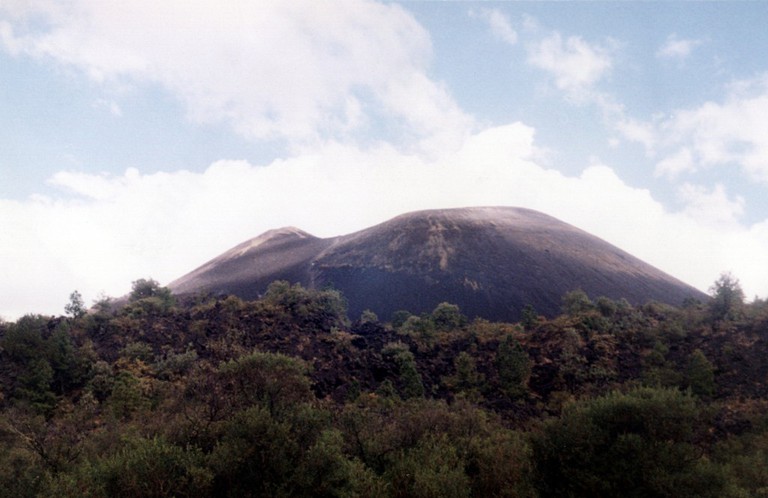 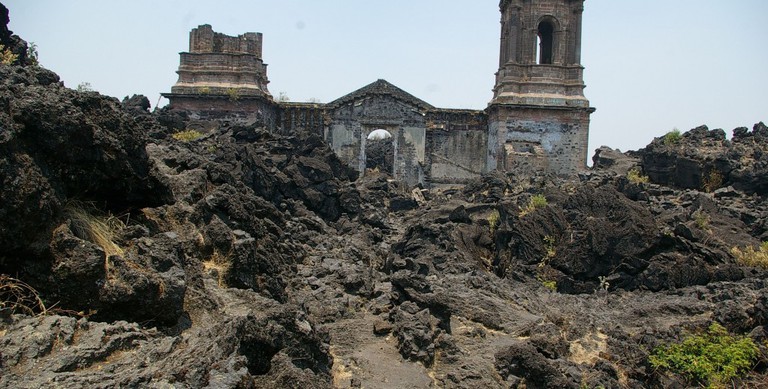 Finally, we couldn’t leave Popocatépetl without its twin, so we round off our guide to Mexico’s spectacular mountains and volcanoes with Iztaccíhuatl, the country’s third highest peak. Its name, meaning ‘woman in white’, supposedly reflects the formation which is said to represent a sleeping woman’s head, chest, knees and feet, although whether this is accurate or fanciful we’ll leave up to you. Unlike its temperamental brother, Iztaccíhuatl is safe to climb all year round as it is now considered extinct. 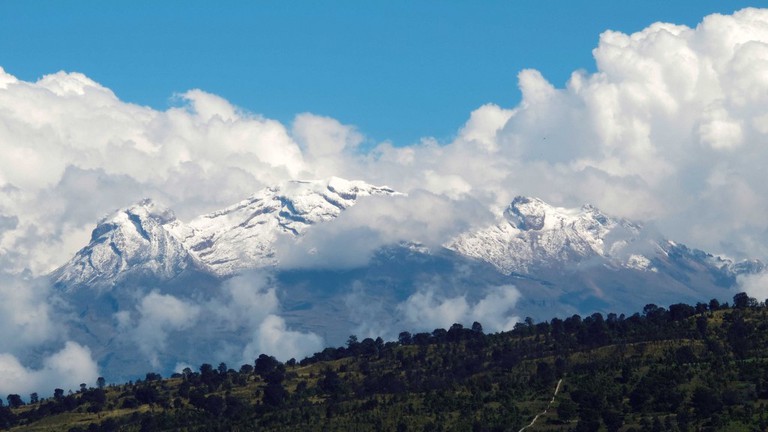