The Most Impressive Buildings in and Around Cancun

Ek' Balam | © Dennis Jarvis / Flickr
The heavenly travel destinations of Cancun hold the history of an ancient culture within the walls of its buildings. They saw the rise and the fall of an empire of excellent scientists and astronomers. Their culture is reflected in its murals and sculptures, and that’s why visiting the archeological zones of the Riviera Maya is an unforgettable adventure. Let yourself be captivated by pyramids next to crystal waters and the breathtaking views of Cancun and its surroundings.

Archaeological site
Chichén Itzá | © Jarmoluk / Pixabay
Book Now
This impressive archeological site is one of the most important ceremonial centers located in the Yucatán, divided into The Old Chichén (800-100 BC) and The New Chichén (1000-1200 AD). Considered a Cultural Heritage Site by UNESCO since 1988. Every year, great numbers of people come to observe the amazing spectacle produced by the effects of the sunshine and shadow during the spring and autumn equinoxes: Kukulkan (God of the Wind), descending along The Temple of the Warriors. Take a night tour to walk around the pyramids and watch the show of lights and colors while listening its incredible story.
More Info
Open In Google Maps
Chichén Itzá Mérida, Yucatán, 97170, Mexico
View menu
Visit website
Visit Facebook page
Send an Email
Give us feedback

Archaeological site
El Meco Site Cancun, Mexico | © Kirt Edblom / Flickr
You cannot pass by without noticing this archeological site located to the north of Cancun, in the Bay of Isla Mujeres (seven kilometers from the hotel zone). Even though its pyramids are smaller than other sites, it was an important place for navigation. The sand at the site indicates just how close it is from the shore of the beach. The long tree roots covering part of the pyramids are witnesses to the passage of time. Climb to the top of the El Castillo pyramid, the highest one of this region – you will see a stunning view of Isla Mujeres and the crystal waters of the Mexican Caribbean.
More Info
Open In Google Maps
López Portillo, Cancún, Quintana Roo, 77520, Mexico
+524821063363
View menu
Visit website
Visit Facebook page
Send an Email
Give us feedback

These are two sites that used to be connected in the past, but they’re now separated by Kukulkan Boulevard; however, a single bus can get you there in a few minutes. San Miguelito was the most important construction in the area, a place for fishing and agriculture composed of four buildings; the highest one, Chaak Palace, was designed for public functions. In the rest of the buildings, the remains from more than 50 human burials were found. On the other hand, El Rey has 47 structures, and it is believed that the first settlers inhabited wooden houses with palm roofs. Visit these sites and feel the fusion of Mayan culture and contemporary Mexico. 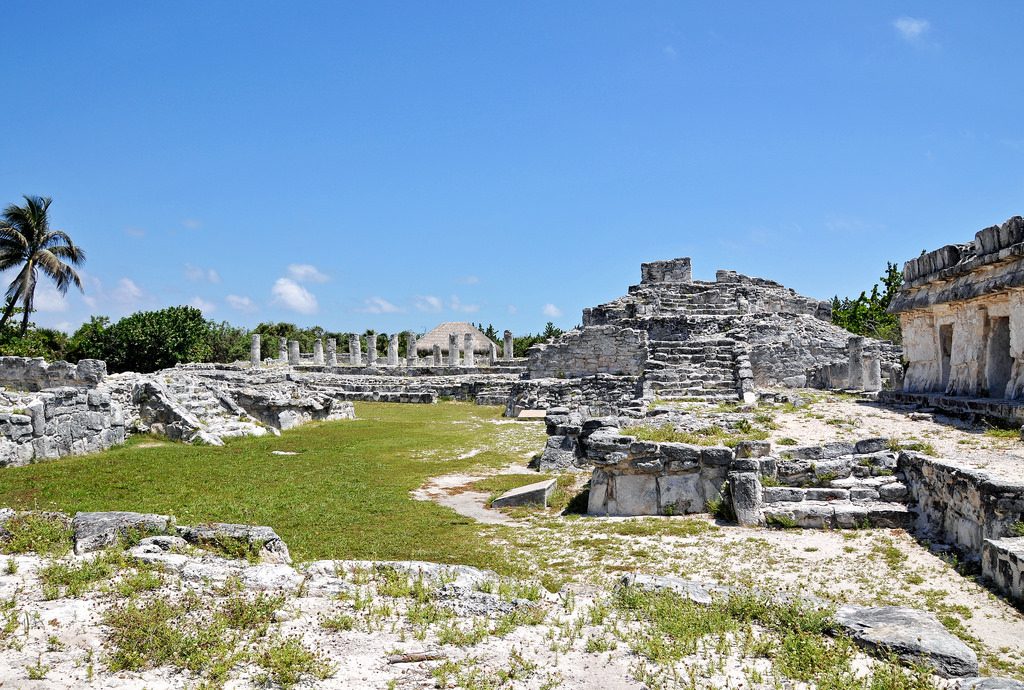 Upon entering this archaeological zone, you feel as if you are traveling into the past and entering a great Mayan city (it spanned 12 km of territory in its era). One of the less popular sites – at least for now – Ek’ Balam has the best preserved buildings as well as beautiful paintings and sculptures from the Mayan culture. Its biggest construction is La Acropolis, which is 146 meters high and has an impressive tomb called Ukit Kan Le’k Tok. Take the challenge and climb to the top to gaze out from above at all of its buildings and the Mayan Ball Game Court. 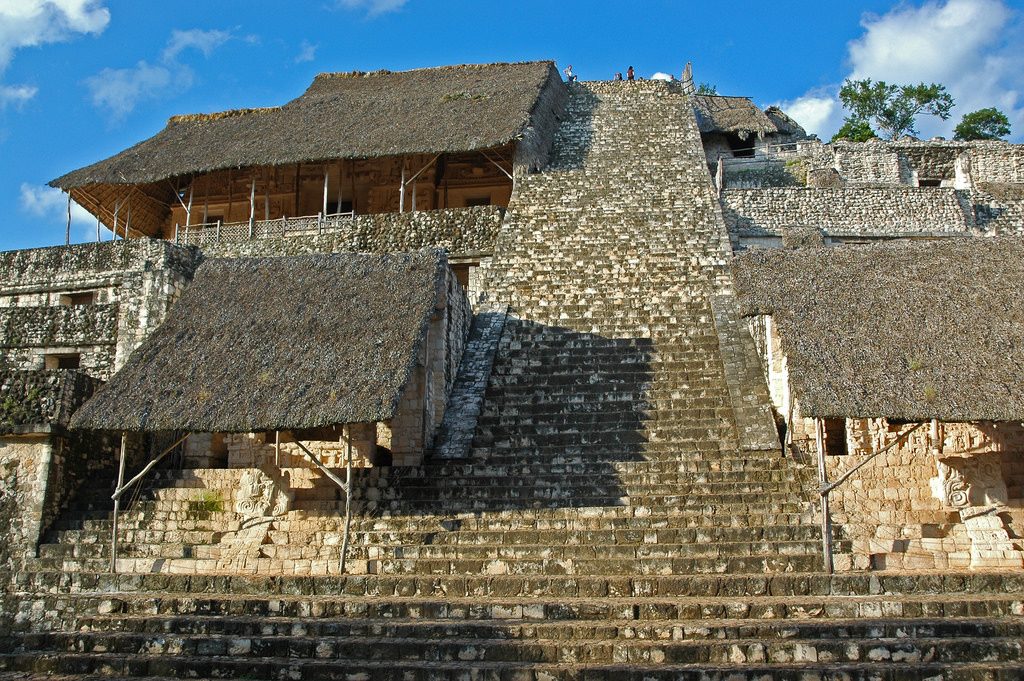 One of the most important Mayan sites in Mexico, Uxmal is a UNESCO World Heritage Site due to the magnificence of its architecture and sculptures. Located in Santa Elena, Yucatan, it is the most representative city of the Puuc architectonic style. Uxmal means “three times built,” and one of those times is explained in “The Legend of the Dwarf,” that tells the story of a dwarf born from an egg who bet the governor that he could built a pyramid in just one night. The pyramid was built, and the dwarf became the new governor. The constructions are expansive: the El Adivino pyramid is 32 meters high, and the Governor Palace spreads out over 1,200 square meters. 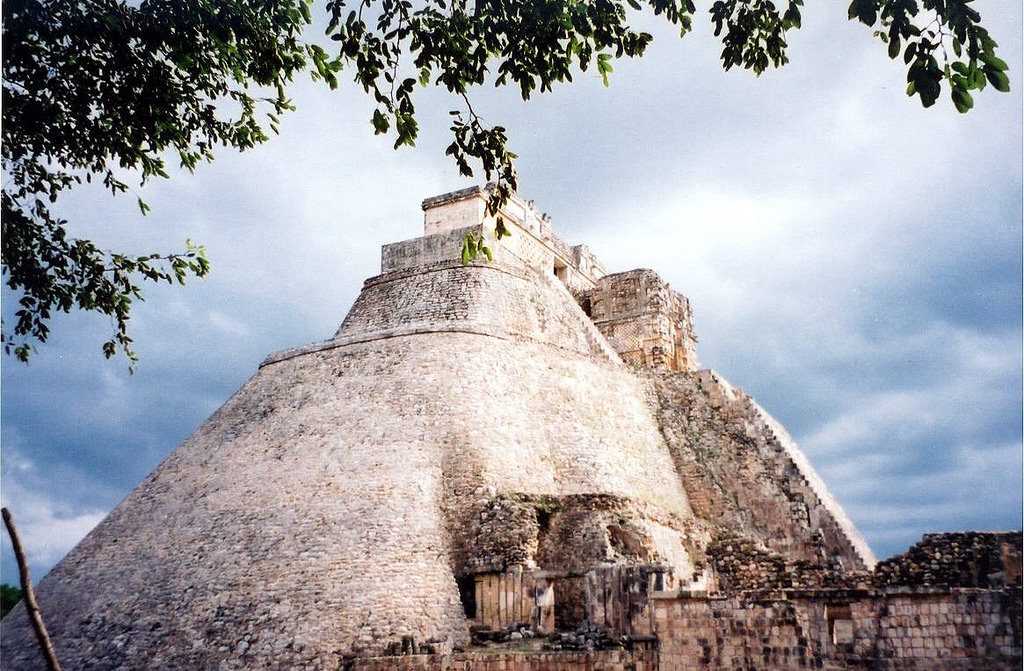 Amusement Park, Park
Xcaret, Riviera Maya | Xcaret, Riviera Maya
Book Now
These ruins are situated at only 75 Km from Cancun, in Xcaret Park, where tourists and locals enjoy the heavenly natural sceneries while learning about the history of an ancestral civilization. Although the meaning of Xcaret is still unknown, we do know that in the pre-Hispanic period it was called “Polé,” translated as merchandise. The architecture and ceramics reveal a high level of cultural development. The harbor was the main port of embarcation to Cozumel, where Mayans used to worship Ixchel, the Goddess of the Moon. Every year in May, Xcaret Park holds a special event to recreate the story through a ritual ceremony.
More Info
Open In Google Maps
Carretera Chetúmal-Puerto Juárez Kilómetro 282, Playa del Carmen, Mexico
+528002922736
View menu
Visit website
Visit Facebook page
Send an Email
Give us feedback

Ruins
Tulum | © Christian Córdova / Flickr
This archaeological zone mixes history with a dazzling view of the Mexican Caribbean. Located on a cliff facing the sea of Quintana Roo, the ruins enclosed the memory of the Spanish conquest. What is now a stunning tourist destination used to be a city of astronomers, sailors, merchants, and meteorologists. Take a look of the three temples and the mural paintings of supernatural beings from the Underworld. When you finish, you might want to head down to the shore to swim in the most wonderful beach in the Riviera Maya.
More Info
Open In Google Maps
Km 230 Cancun - Chetumal, Zona Hotelera Tulum, 307 Tulum, Quintana Roo, 77780, Mexico
View menu
Visit website
Visit Facebook page
Send an Email
Give us feedback

Outdoors, Scenic, Instagrammable
Book with our partner and we will earn a small commission.
Give us feedback