The Most Beautiful Parks and Gardens in Mexico City 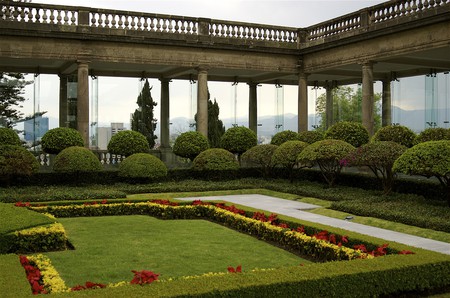 While Mexico City sometimes gives the impression that it’s a bog-standard concrete jungle, there are actually plenty of open green spaces, gardens and parks to enjoy in and amongst the residential buildings and world-class museums. Here’s our roundup of Mexico City’s most beautiful parks and gardens, which can principally be found in (or within easy reach of) the city centre.

One of the primary attractions in Mexico City, Parque México, located in the swanky Condesa district, sees restaurants, coffee shops and just plain beautiful Art Deco buildings lining it on all sides. Plus, the park itself is home to notable Art Deco touches, such as the quirky street signs that mark your location and the stunning clock tower that’s a photographer’s dream. Stroll at your leisure and preferably go on a weekday to get the place to yourself. 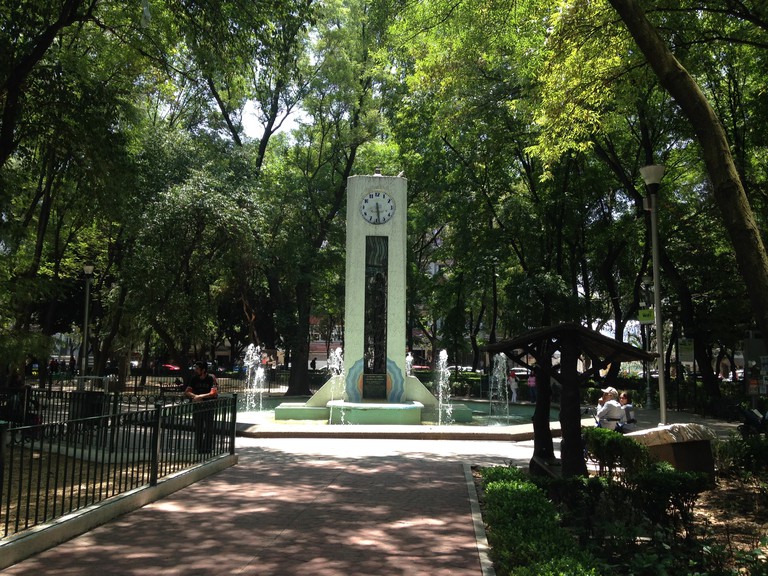 The Biblioteca Vasconcelos is a statement piece of architecture in its own right, which often leads visitors to entirely ignore the perfectly quaint, well-kept and underrated gardens which surround the library. Check out the trimmed lawns or go to the greenhouse where you’ll be privy to numerous varieties of native Mexican plants and flowers. It also doubles as the perfect hidden reading nook. 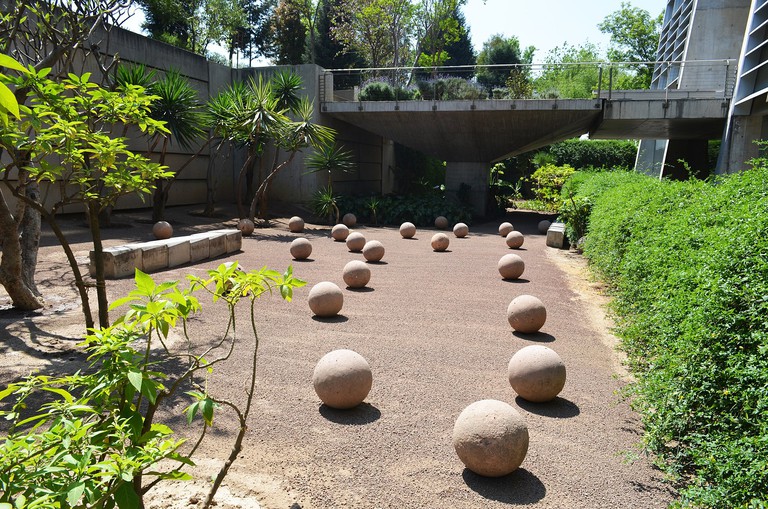 Parque Hundido, otherwise known by the official title of Parque Luis G. Urbina, is a sunken urban park in the heart of the city that’s perfect for those who want to escape it all. As a result of its unique sunken set-up, there’s a noticeable level of noise cancellation, making it an excellent spot for a peaceful stroll or an afternoon of reading beneath the Mexican sunshine. 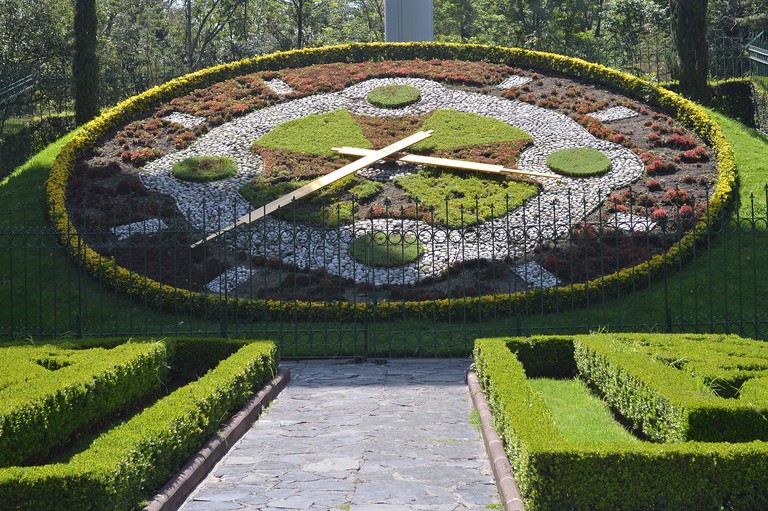 Bosque de Chapultepec, seen from the Castillo | © GameOfLight/WikiCommons
While the Bosque de Chapultepec in and of itself, as the lungs of Mexico City, is a mighty impressive park, there are plenty of smaller treasures tucked within its perimeters that deserve a mention as well. One such garden is the Jardín del Alcazar, better known as ‘the garden next to Chapultepec Castle’. The likelihood is that if you’ve been to the castle, you’ve been to the garden, and as you have to pay entry to access either one, it’s a wise idea to make a day of it.
Open In Google Maps
Ciudad de México, Ciudad de México, Mexico
Give us feedback

One of the few parks dominated not by grassy verges and lawns, but by delightfully smooth walkways (something of a rarity in Mexico), Parque Alameda couldn’t really get more central if it tried, as it sits right next to the impressive Palacio de Bellas Artes. Despite its rather strange and at times disturbing history, this urban park (in every sense of the word) is now popular with skaters and families. Get there early in a morning while it’s still peaceful and settle in for a day of people-watching. 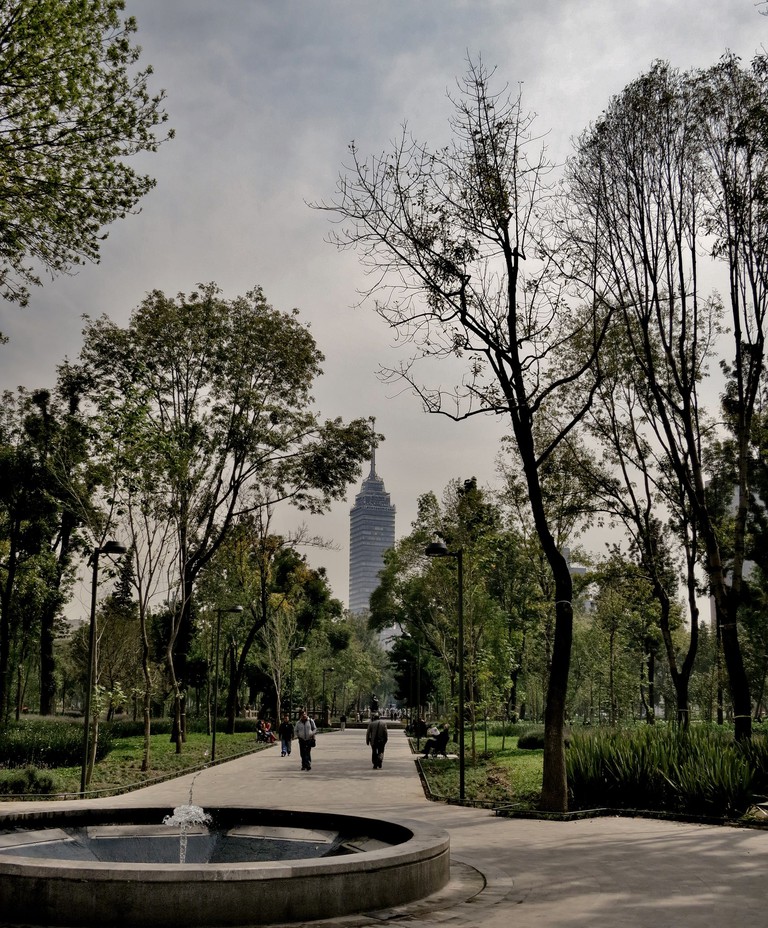 One of Polanco’s most pleasant spots is the fairly petite but charming Parque Lincoln, which is overrun with dog walkers (making it a must for canine lovers) and filled with statues and art installations. The most notable aspect of this park is the striking white clock tower that sits at the far end, as well as the central lakes that boast a certain charm. The well-kept children’s playground and mini plant nursery/allotment make it ideal for kids. 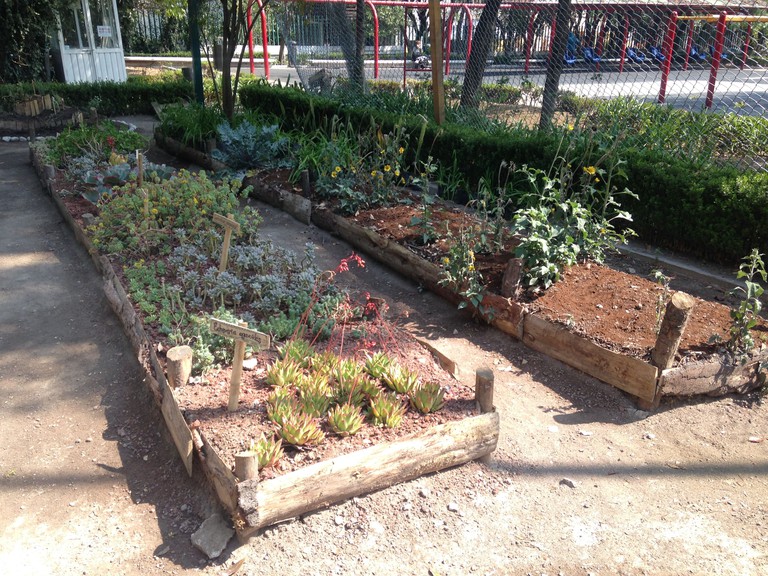 Finally, Parque Masayoshi Ôhira, better known by the somewhat easier-to-remember name La Pagoda, is a gorgeous, tranquil park in the already popular and pleasing southern neighbourhood of Coyoacán. It’s surprising just how removed from everyday life Parque La Pagoda actually is, given that it lies right next to two of the city’s busiest roads. As the names suggest, this cute space uses Japanese references and architecture, which is most notable in the small, red bridge that is arguably the highlight.