The Most Beautiful Modern Buildings in Mexico 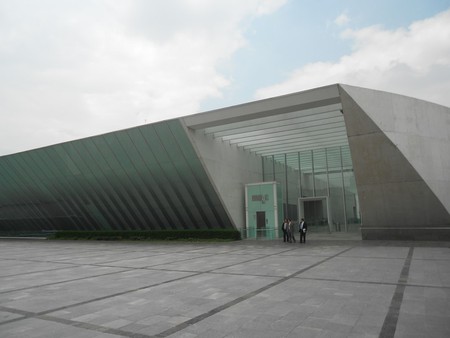 Mexico City is a place with many layers, and its architecture is no different. Colonial masterpieces were built atop Mayan ruins that sit alongside Art Deco beauties and glass-covered skyscrapers. If you want a feel of Mexico’s more modern side, here are some spectacular buildings that will sweep you away with their modern beauty.

The first skyscraper to be built in a seismically active zone, the Torre Latinoamericana was the highest building in Mexico City until the construction of the World Trade Center south of downtown. Its modernist geometry and glorious stretch to the sky still wows tourists and locals alike. 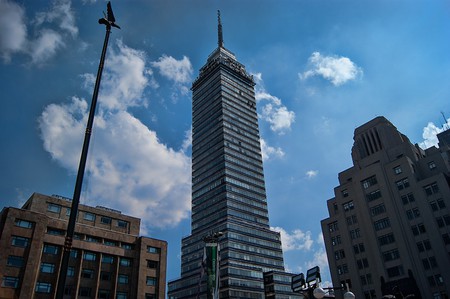 An Art Deco classic, the Frontón México opened its doors in 1929, but underwent several years of abandonment and disuse after closing in 1996 due to a labor dispute. The building was renovated and reopened in 2017 and is back to hosting concerts, fronton games and boxing events. It’s a building in the Centro that shouldn’t be missed.

One of Mexico City’s newest additions to the skyline is the Torre Reforma, built by the Capital Vertical Real Estate Group and finished in 2016. At 246 meters (800 feet) high, the tower is the second-largest skyscraper in Mexico and also the second-largest building to be LEED certified. It houses a restaurant, a mall and various entertainment areas. 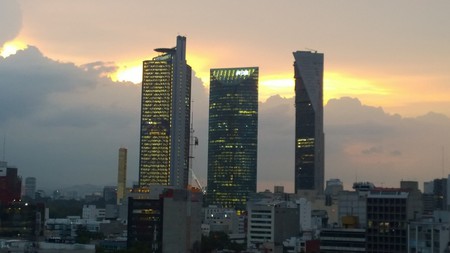 A masterpiece of modern engineering in Mexico City’s glittering Santa Fe neighborhood (which was once sand mines and landfills), the Garden Santa Fe is a vast underground mall built in 2013. Sinking 35 meters (115 feet) underground, a series of atriums let light filter down into the mall, which houses 90 shops and restaurants.

This library’s futuristic design includes glass-floored bookshelves and passageways that jut out into the center corridors and hang above patrons like glass beehives in a tree. The building was designed by Alberto Kalach in collaboration with Gustavo Lipkau, Juan Palomar and Tonatiuh Martínez and is one of the most iconic modern buildings in all of Mexico City. 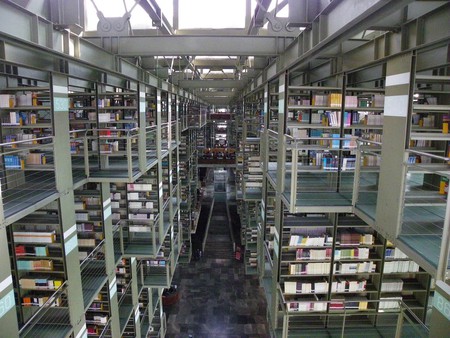 Inaugurated in 1964, the Anthropolgy musuem was designed to combine the modern and ancient. A beautiful inner courtyard brings life, air and sunshine to museum-goes as they move from room to room learning about Mexico’s rich past. Built by Pedro Ramírez Vázquez in collaboration with Rafael Mijares and Carlos Campuzano, Adolfo López Mateos, president at the time of its creation, requested that the museum be a place where “Mexicans leave proud that they are Mexican.”

Anther famous building created by Teodoro González de León, the University Museum of Contemporary Art has some attention-grabbing elements to its form, like an inclining glass façade and a fountain below it that reflects the building’s surface. The 13,947 square meters (3.4 acres) that now house this museum were once a simple parking lot.

In 1946, this Art Deco gem was the tallest concrete building in the world. It was built by Manuel Ortiz Monasterio, Bernardo Calderón and Luis Ávila, and includes an elastic floatation system to protect it from earthquake damage. It was one of the first buildings to take into account its seismic zone location and was the beginning of a movement to ensure buildings were seismically safe in Mexico City.

Also inaugurated in 1964, the Modern Art Museum in Chapultepec Park was also designed by Pedro Ramírez Vázquez in collaboration with Rafael Mijares. This circular masterpiece combines classic materials of the era—crystal, white marble, aluminum and fiberglass—and has extensive gardens designed by Juan Siles that include 30 or so modern art sculptures. 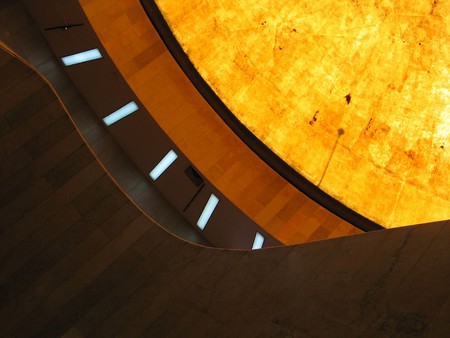 A classic example of Streamline Moderne, a late type of Art Deco, the Basurto building has aerodynamic, yet sumptuous lines and has long been one of the jewels of the Colonia Condesa. Unfortunately, this building was severely damaged in the September 2017 earthquake and may be demolished soon. Come and see it while you still can!

Home to the private art collection of important Mexican painter and muralist Rufino Tamayo, the museum’s building was built in 1981 by Teodoro González de León and Abraham Zabludovsky and has a boxy geometry that gives the space both grandeur and intimacy. In 2012, Teodoro González de León oversaw an expansion of the museum that followed the architectural style of the original building. 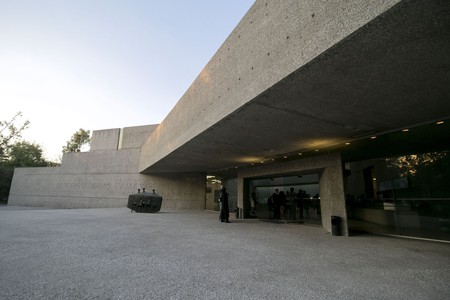 In just a few short years, the Museo Soumaya has become an iconic Mexico City building. Built by architect Fernando Romero, the outside surface of the building is covered in 16,000 aluminum hexagons and is home to the vast and meandering art collection of Mexico’s richest man, Carlos Slim.