The Most Beautiful Destinations to Visit in the Riviera Maya, Mexico 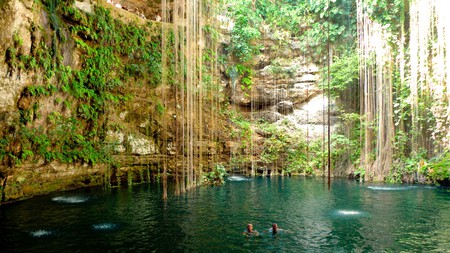 The most-visited region in Mexico is also one of the most spectacularly beautiful. Get ready to be inspired by these breathtaking destinations to visit in the Riviera Maya.

Starting just south of the resorts and all-inclusives in Cancun, the Maya Riviera stretches from the beachside villas of Puerto Morelos all the way down to the remote Sian Ka’an Biosphere Reserve. Along the way, you can call in at beautiful beachside destinations like Akumal, head inland to the Mayan ruins of Coba and Chichén Itzá or revel in the nightlife of Playa del Carmen. 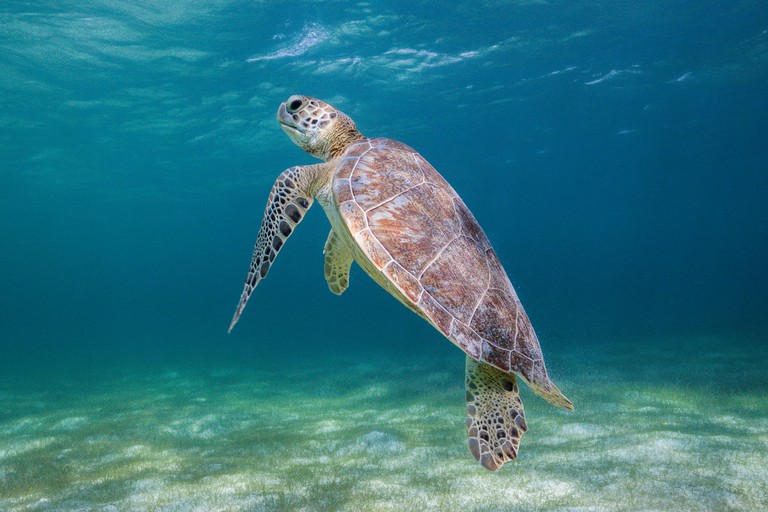 © WaterFrame / Alamy Stock Photo
Strap on your mask, and wade out into the warm waters of the Caribbean Sea at Akumal. You’ll soon find yourself swimming with sea turtles, barracuda and manta rays as you snorkel the coral reefs. It’s no surprise that Akumal means the Place of the Turtles in the local Mayan dialect because this beautiful segment of the Riviera Maya is full of wildlife. You’ll find all the luxury hotels and beach bars you need here, too, but developments have still left the local nature protected. Learn more about the famous local turtles by joining a nighttime turtle watching tour at Xpu-Ha Beach, where these endangered creatures are found in abundance. 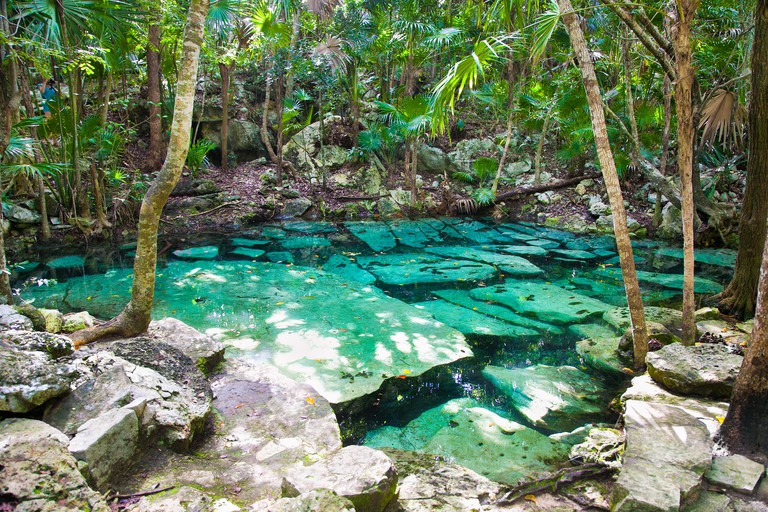 © Александар Тодоровић / Alamy Stock Photo
It gets hot along the Riviera Maya, but, luckily, the Yucatán Peninsula is a hotbed for freshwater swimming holes. Better known as cenotes, these flooded sinkholes are peculiar to the region, and they are fantastic for swimming. One of the best and most beautiful in the Riviera Maya is Cenote Azul, an open cenote that’s turquoise in color and perfectly refreshing. Spend the day jumping off the low cliffs, swimming in the freshwater and enjoying a foot massage courtesy of the nibbling fish. Cenote Azul is located around 20 minutes away from Playa del Carmen. 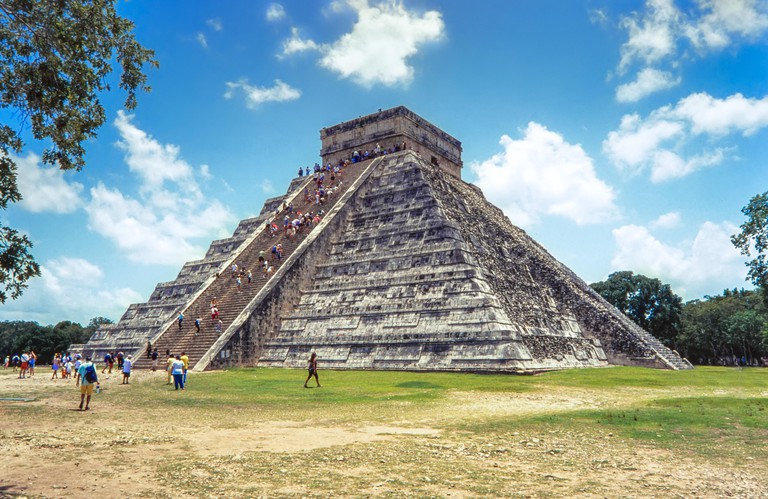 © Raul Garcia Herrera / Alamy Stock Photo
The Temple of Kukulcán – or El Castillo, as the Spanish named it – is, without a doubt, one of the most impressive symbols of the ancient Mayan world. This epic pyramid rises high above the ruined city of Chichén Itzá, and it’s a must-see for anyone visiting the Riviera Maya. Chichén Itzá was once home to thousands of people, but it was abandoned and reclaimed by the forests before the Spanish conquistadors ever arrived in Mexico. The temples, pyramids and Mayan ballcourts have been painstakingly excavated and restored. Today, this Mayan archaeological site is considered one of the new wonders of the ancient world. 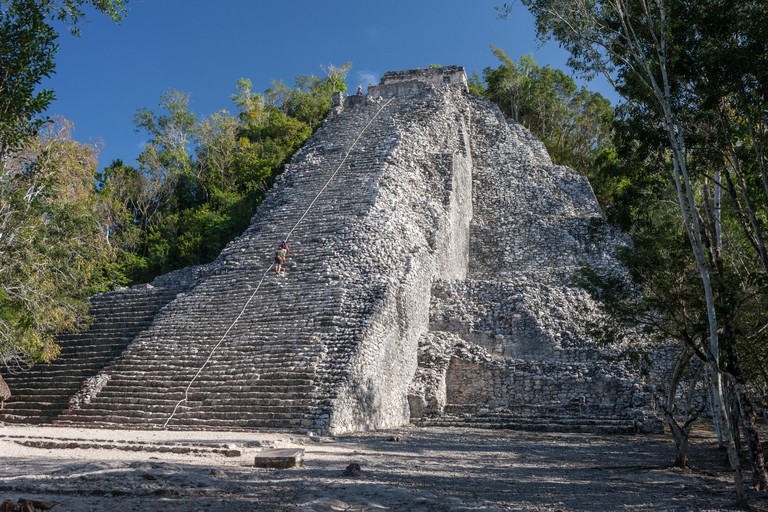 © Arthur Greenberg / Alamy Stock Photo
For centuries, the ruined Mayan city of Cobá was lost to the ravages of the forest. Once home to as many as 50,000 people, Cobá was a powerful city-state that would have ruled over much of Yucatán. Mighty Cobá was already abandoned when the Spanish arrived in the 16th century, though, and the temples and pyramids were overgrown when they were rediscovered in the 19th century. The archeological site is best reached from Tulum, and, given the relative remoteness, you’ll see just a fraction of the tourists that Chichén Itzá receives. 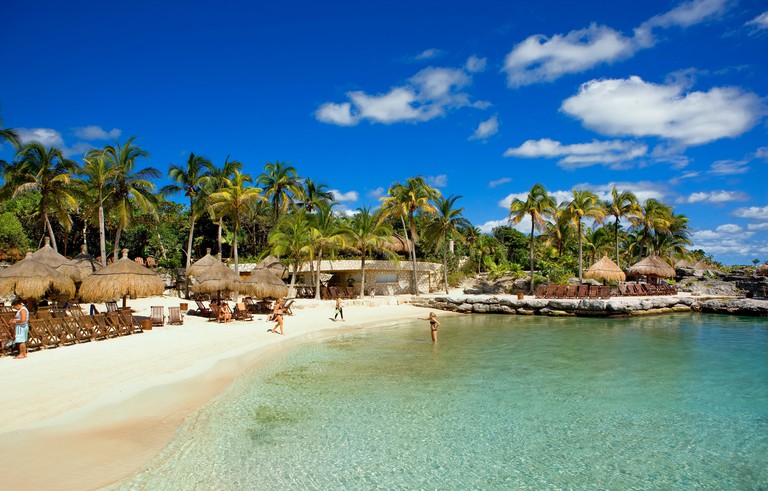 © Art Kowalsky / Alamy Stock Photo
Escape the mainland with a weekend on Isla Mujeres, a tropical beach-getaway located just a short ferry ride from Cancun. Isla Mujeres is so laid-back that the best way to get around is by golf cart, and you can hire one for the day or flag down a passing taxi cart to take you to your hotel. Aside from the beachside cocktails at the resorts on the north shore, the real highlight on Isla Mujeres is the snorkeling. Step off the beach, and swim out to the reefs, and you’ll soon see sea turtles. Isla Mujeres is home to a successful conservation center that rehabilitates injured turtles and helps the babies to hatch and reach the ocean. 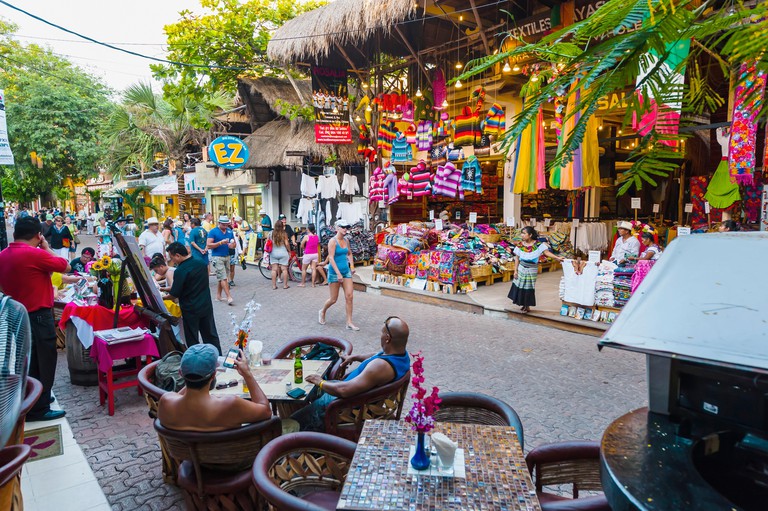 © Blaine Harrington / agefotostock / Alamy Stock Photo
The main drag in Playa del Carmen is the place to be if you’re looking for just about anything when you’re holidaying on the Riviera Maya. La Quinta Avenida – 5th Avenue – is the most important street in the city. It is alive 24 hours a day and packed with bars, restaurants, hostels, souvenir shops and street performers. It’s colorful, it’s loud, and there’s always someone in a sombrero trying to get you to try tequila. Yes, it’s touristy, but relax – you’re always on vacation when you’re on La Quinta Avenida. 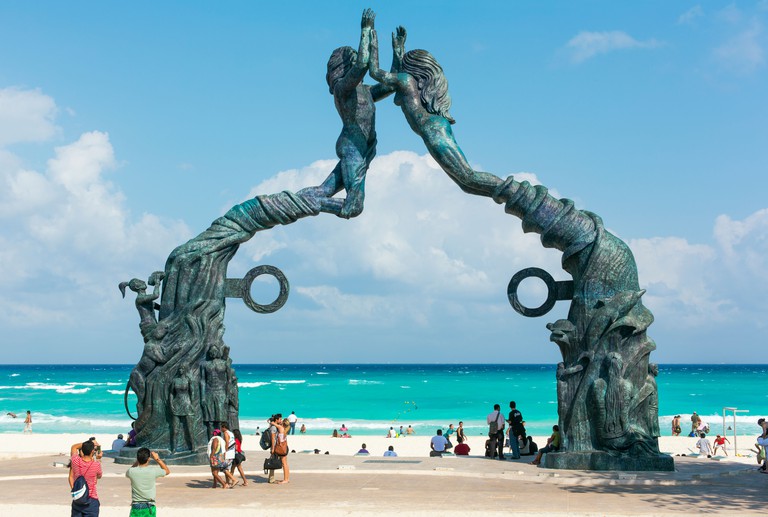 © Cosmo Condina Mexico / Alamy Stock Photo
Playa del Carmen is the busiest holiday destination in the Riviera Maya, and, while there are all-inclusives and resorts here, you’ll also find hostels and apartments for budget or long-term travelers. A long beach stretches along the seafront, while La Avenida Quinta is the place to go for bars and restaurants. Walk a few streets back, and you’ll find cantinas selling Corona beers and serving the tastiest tacos in the Riviera Maya. 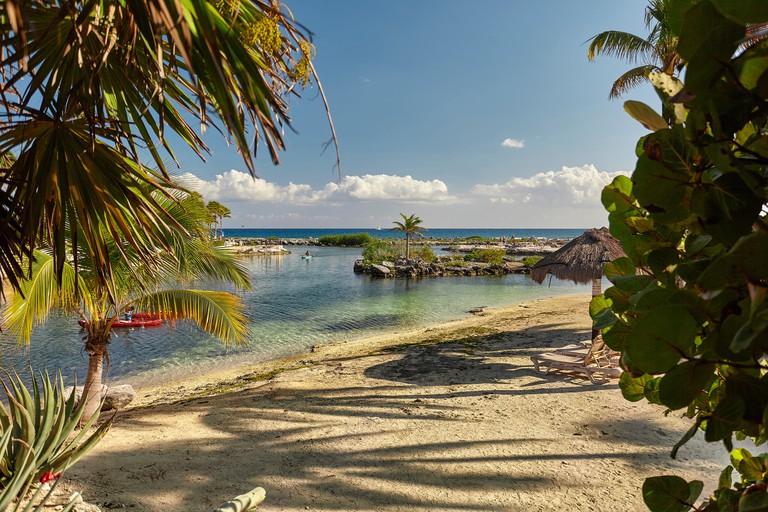 © Filippo Carlot / Alamy Stock Photo
Puerto Aventuras has long tried to be the best-kept secret in the Riviera Maya, but it was always going to be a challenge to keep one of the most beautiful destinations in Quintana Roo under wraps forever. It’s located just 20 minutes south of Playa del Carmen, and there are only a select few resorts to check into at Adventure Port – one of them is the Hard Rock Hotel. If you’re not swept up in the all-inclusive vibe, then head down to the white-sand beach in Puerto Aventuras, where there are no crowds but excellent snorkeling just meters offshore. 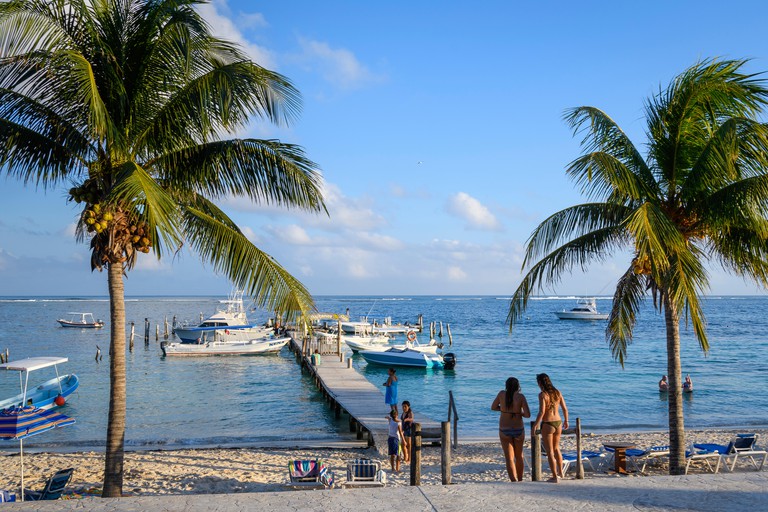 © Greg Vaughn / VWPics / Alamy Stock Photo
Puerto Morelos is the “official” starting point of the Riviera Maya, and, while the seaside town is a major port and harbor for the whole state, the beaches to the north and south are best described as pristine. Many of those white-sand beaches have been taken over by resorts, but it’s far more laid-back and secluded here than in Cancun. The waters off the coast are shallow, which is great news for snorkelers because the Mesoamerican Barrier Reef and all of its glorious marine life can be reached from the beach. 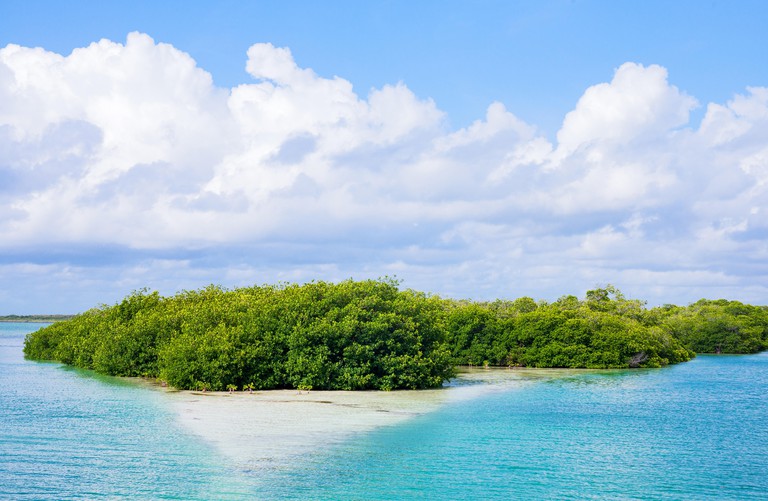 © Giuseppe Masci / AGF Srl / Alamy Stock Photo
Sian Ka’an loosely means the “place where heaven begins”, and, when you reach the most remote nature preserve in the Riviera Maya, you’ll quickly understand why the Mayans gave it this name. This vast Unesco-listed site is one of the largest biosphere reserves in Mexico, protecting forests, beaches, coral reefs and delicate ecosystems. Snorkel the Mesoamerican Barrier Reef, visit one of the oldest Mayan ruins in the Americas at the archaeological site Muyil, or trek deep into the biosphere in search of howler monkeys, iguanas, tapirs and even the rare puma.