The Most Beautiful Beaches Near Oaxaca and Mexico City 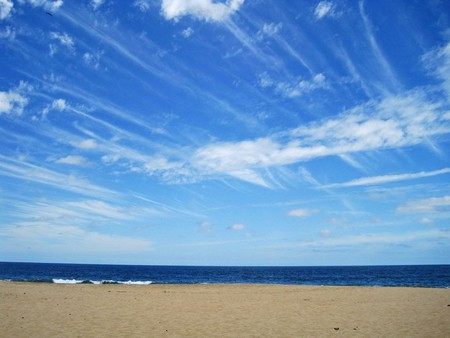 Mexico has, simply put, thousands of miles of beautiful coastline. The beaches of Oaxaca are well known for their stunning scenery and tourist-friendly attitude but there are also several options that, although not minutes from Mexico City, are close enough and picturesque enough to be worth the trip. Here is a list of some that we think are the most beautiful.

Zipolite is often called Mexico’s only official nudist beach and Mexican and International tourists come from all around the world to enjoy the surf and sun au naturale. On this beach you won’t find any monster hotels or major tourism chains, but instead a bohemian vibe with simple accommodations, a handful of restaurants and bars, and a few places to dance the night away in a mellow ambiance. In addition to soaking up the sun without getting any tan lines you can also snorkel and fish. 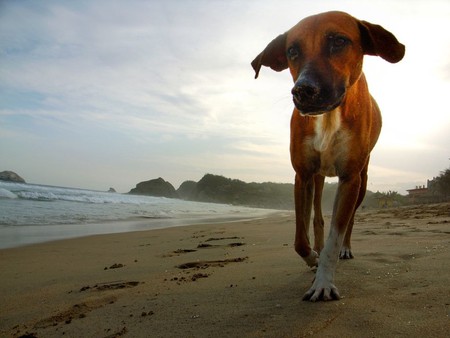 Naked as the day he was born in Zipolite | © Antifluor / flickr

San Agustin de las Flores is known for its virgin and natural shoreline, and as one of the few Mexican beaches with a reef off its coast is popular for snorkeling, diving and enjoying the marine flora and fauna. There are no hotels, only a handful of palapa restaurants selling seafood and cold beers. Therefore, it’s a great day trip destination along the Oaxacan coast. The beach is surrounded by tropical jungle and few banana and mango farms, and is only accessible down a long, rural dirt road. It’s a hike, but worth it once you are sitting on the sand.

Mazunte is a small beach town with a bohemian vibe that has gotten some attention since the 1990s for their efforts to conserve the area and support eco-conscious programs and organizations. The Body Shop company has invested in the community to source sustainable ingredients for their bath and body products and local organizations have fought for building restrictions and protection of local marine life, in particular the sea turtles, whose hunting and capture once made the area famous. Mazunte offers several low-key accommodations including family stays and a handful of restaurants for a taste of coastal cuisine. 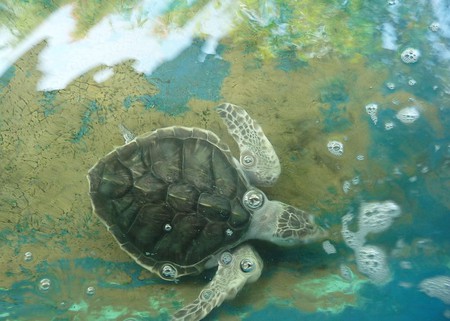 Right next door to Mazunte, St. Agustinillo is another small beach town known for its large foreign population – mostly Italians, French and Argentines. The beach is hedged in by mountains and these are dotted with several eco-friendly accommodations. The beach faces open ocean and therefore the waves and undertow can be strong. There are various activities offered including boat trips to see the marine life and surfing lessons. The members of this community survive on fishing and tourism mainly and there are several restaurants and bars along the coastline, ready for tourists to take a break and have a beer beachside.

A much bigger town than the beaches previously mentioned, Puerto Escondido is one of Mexico’s most visited beaches for not only its beauty but its relatively calm waters for swimming. This is the spot for visitors who need a little more distraction that simply whiling away their time on the sand. The town has plenty of housing options that cover a broad range of budgets, lots of restaurants and attractions, and even a little colonial history if that’s your thing. The port is the most populated city on the Oaxaca coast, at around 35,000 inhabitants and offers all the marine activities that you could want on the water – fishing, snorkeling, scuba diving, and boat trips to see local marine life. 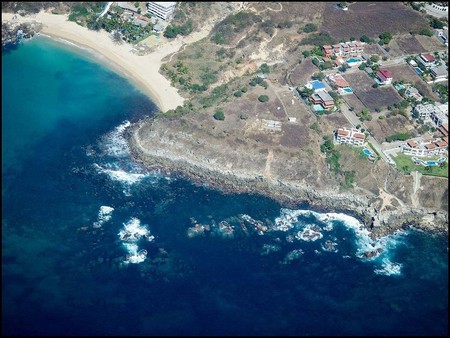 The Bahias de Huatulco are a chain of nine bays known for their stunning natural beauty and history as a pirate hang out for the likes of Francis Drake and Thomas Cavendish. A very popular cruise ship destination, the bays offer luxury accommodation, upscale eating, and 18 holes of golf for affluent tourists. Simple pleasures still abound, but spas, catamaran tours and extreme water sports make the bays of Huatulco a playground for the rich. For the outdoorsy, over 11,000 kilometers of the nearby National park are great for experiencing the local ecosystem and taking a break from all that pampering and fine dining.

On the Gulf side of the country, Costa Esmeralda (the Emerald Coast) is a string of beaches on the Veracruz coast whose emerald waters and calm tides entice even the most restless to sit and enjoy the view. The coast has lots of options for hotels and bungalows and many good restaurants that in addition to being seafood-focused have a special Veracruz flair in their dishes. Several well preserved natural areas lie along the coast including Los Tuxtlas, known worldwide for its collection of endemic species of birds and other jungle life. 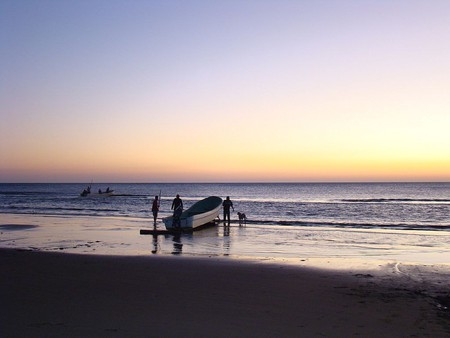 A tiny town at the end of a dirt road, Troncones has gained a little more fame than most beach towns its size for being home to a relatively large community of North American ex-pats. Therefore you will find things like a local coffeeshop with French toast and a book exchange, and several yoga retreats. Still, Troncones maintains its small town vibe, and there are even infrastructure projects (like paving the main beach road) that make life just a little bit easier for locals and visitors alike. A local surf shop will take tourists out to catch a wave or two and there are several small, but relatively well-stocked grocery stores right in town, making leaving the beach even harder.

San Francisco Beach, known locally as San Pancho, also has a decent ex-pat community, this time with many Europeans instead of North American ex-pats. There are also several gourmet restaurants on the beach, intermingling with local taco shops and mom and pop diners. You will find a few shopping options here, with a handful of art galleries and jewelry stores. San Pancho doesn’t have many hotels, but there are lots of houses rented out by foreigners who are there only part of the year. As tends to follows larger, richer, foreign populations you can find several yoga studios, although with the regular fare of palapa beach bars and guys on horseback trying to take you on a sunset gallop.

Acupulco reached the height of its fame in the golden era of North American film-making as a playground for the rich and famous. These days, a certain amount of violence has tarnished its glimmer in the eyes of many tourists. Still, the town remains kitschy and fun, with lots of 50s and 60s-era hotels and hundreds of options for eating and drinking. The main plaza and downtown area still provide a feeling of small-town beach life even though this town is now far from the fishing village it once was. If you aren’t put off by the press, it can be a fun blast from the past for at least a day or two on your trip along the Mexican Pacific coast.