The Mexican Soccer Stars Making their Mark Across the World 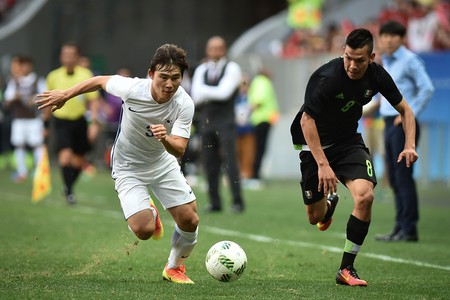 After Mexico’s soccer stars secured a stunning upset of Germany in the first World Cup game, every fan in the country is desperate for their team to at least make it beyond the last 16 – having watched them exit at that stage on six occasions. If they do manage to progress further, it will be likely be down to the efforts of one of their top-performing stars. With that in mind, here are five Mexican players who have made their mark in the leagues in Spain, Portugal, the Netherlands, and England and will be hoping to do the same on the international stage.

A stalwart of the Mexico national side, midfielder Héctor Herrera is known for his sharp passing ability and soccer IQ. He played a crucial role in Mexico’s 2012 Olympic campaign when they claimed gold after beating Brazil in the final. In 2014, he was featured in The Guardian‘s list of the 100 best players in the world.

Herrera signed for the current Portuguese champions Porto in 2013, leaving Pachuca for a transfer fee in excess of $12 million – the highest amount paid for a Mexican player at the time. Since then, he has cemented his position as team captain and made 134 appearances for the club.

Mexico’s team captain Andrés Guardado left Mexico to play for the Spanish side Deportivo La Coruña when he was just 21. Known as “Principito” (“Little Prince” in Spanish), Guardado quickly adapted to the Spanish style, becoming a fan’s favorite due to his talent and work ethic. He has played for top teams such as Valencia and PSV Eindhoven, where he has won two league titles. Guardado currently plays in Spain, for Real Betis.

Currently, he is the joint highest-capped player in the Mexico squad, along with Rafael Márquez, and has played in no less than four World Cup tournaments. 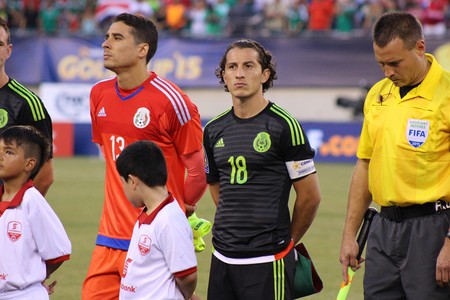 Born in the sweltering northern state of Sonora, Jesús “Tecatito” Corona is undoubtedly one of the most impressive Mexican soccer talents to have emerged in recent years. The skilled attacking midfielder is noted for his deft touch and dribbling talents, and could be one of the breakout stars of this year’s World Cup.

Corona started his career after he was spotted by a talent scout for Monterrey. He signed for the team when he was 17 and made his debut the same year. Three years later, Corona moved to Dutch side F.C. Twente before being transferred to Porto, where he plays alongside Héctor Herrera.

Mexican star forward Javier “Chicharito” Hernández started his career at Guadalajara Chivas, Mexico’s most popular soccer team. He signed a deal to play for Manchester United in 2010 and the English club played a friendly to open Guadalajara’s new stadium as part of the deal. Hernández scored in the first half for Guadalajara and switched sides in the second half to symbolically seal his transfer to Manchester United. Guadalajara won the game 3–2.

Hernández played a vital “super-sub” role at Manchester United, scoring a number of late winners for the club, despite not always starting games. Hernández went to Real Madrid on loan in 2014 before a successful spell at Bayer Leverkusen and then a move to English side West Ham United.

The diminutive striker is known for his pace and clinical finishing. Last year, he became Mexico’s top goal-scorer of all time. 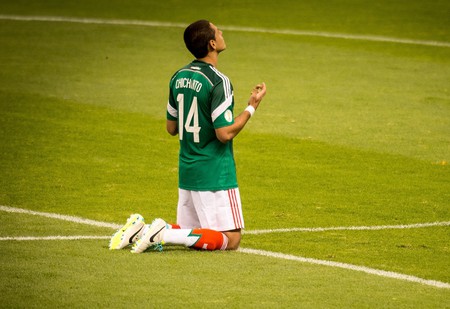 At just 22 years old, Hirving Lozano has already cemented his status as a national hero, having scored a beautiful goal in Mexico’s triumph against Germany. Known by his nickname ‘Chucky’, Lozano possesses pace and a powerful, accurate shot. He started his career in the youth development system at Pachuca, Mexico’s oldest soccer club, and established himself as a major presence in the league. Lozano helped Pachuca secure the Clausura league title in 2016 and the CONCACAF Champions League the following year.

He moved to PSV Eindhoven in 2017, where he has netted a very impressive tally of 17 goals in only 29 games. An impressive World Cup performance in Russia could well result in interest from top Spanish and English clubs after the tournament. 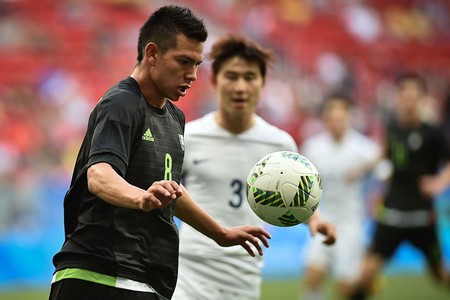