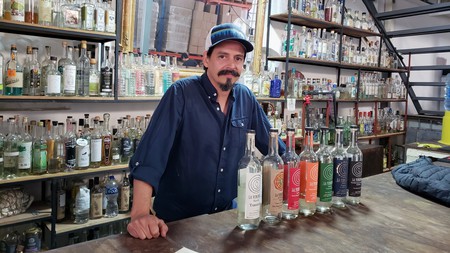 The Mexican spirit raicilla has roots stretching back to lawbreaking distillers, an indigenous mountain tribe and perhaps even some Filipino sailors. But despite this rich heritage, few have tasted the drink outside of the western state of Jalisco. Instead, the complex beverage has spent centuries in the shadow of its commercial cousin, tequila. But that could soon change. With agave spirit sales soaring across the Americas, interest in raicilla is growing. Leading the effort is the raicilla La Venenosa, which is already competing with big-brand tequilas.

Esteban Morales is excited about the future. In just 12 years, his raicilla brand, La Venenosa, has transformed from a small local company into a thriving business with a presence in 22 foreign countries. Now, the former chef is determined to turn raicilla into a fixture on bar menus across the globe.

The 38-year-old coordinates this expansion from a warehouse on a shabby street in Guadalajara. Loaded with crates, it’s an unremarkable building save for one feature – it boasts a bar stocked with one of the best raicilla collections in Mexico. 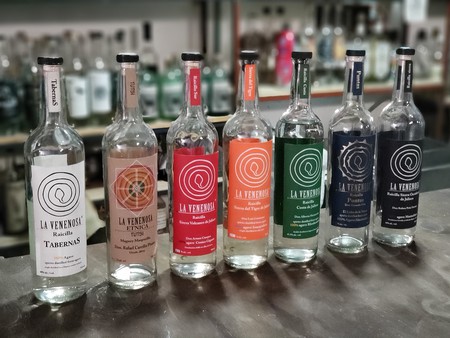 Like all agave spirits (including tequila), raicilla is technically a mezcal. Traditionally, it tends to be fruitier than the smoky concoctions associated with the southern state of Oaxaca. It also differs from tequila because it is not made from the Weber blue agave plant required to qualify for that category.

Raicilla has been made in Jalisco for at least 400 years, under various names. It is still known as mountain wine or canyon wine, depending on the region. Others prefer the generic term mezcal, although Jalisco producers are forbidden from advertising their products as such. Regulations introduced in 1994 restrict use of that term to just a few locations. “We are not allowed to use the name,” Morales says. “But if you go to the countryside, you’ll find people still call it mezcal.”

The word derives from metl ixcalli, the term for “cooked agave” in the indigenous Náhuatl language. It conjures up the mythology surrounding the plant in Mexico. To the Aztecs, the agave was a sacred crop, personified by Mayahuel, the goddess of drunkenness and fertility.

Mexico’s indigenous population ate and drank agave long before the arrival of the Spanish. Whether they distilled it is a point of contention for scholars, with much of the debate focusing on the exact origin of the distilling apparatus used by the Wixáritari indigenous peoples in the mountains of northwest Jalisco.

The still designed by the Wixáritari consists of a mud and rock mound, with a log fire heating a central chamber filled with fermented agave. The design differs from European models, so it was clearly not a Spanish import. The first English-language descriptions of the still appeared in the late 19th century and suggest it was an independent invention.

An alternative theory holds that the still is an adaptation of those introduced by Filipino sailors who began arriving in Mexico in the 16th century. These sailors worked on the Spanish trading galleons which ran from Manila to Acapulco for 250 years. The distilling apparatus may have been carried on the ship physically, or crew members may have simply used their knowledge to reproduce the stills locally.

What is certain is the Wixáritari have a rich tradition of producing the spirit, which they call “tutsi.” 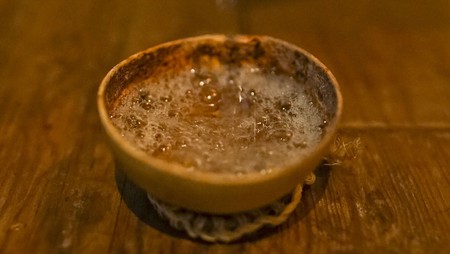 Mezcals are made from distillation of the agave plant, which indigenous peoples in Mexico have been doing for centuries | Courtesy of La Venenosa

The Spanish colonists, on the other hand, did not want Mexico’s indigenous population to drink agave spirits. In 1785, King Carlos III banned alcohol production in Mexico, hoping to bolster Spanish imports. The ban was lifted ten years later, when the Spanish crown allowed alcohol distillation in the town of Tequila.

Morales believes the term “raicilla” first took hold many miles away, in coastal Jalisco. It refers to the shoots that some agaves sprout, which are known locally as “raicillas,” or tiny roots.

Although the spirit goes by many names, Morales sees raicilla as a convenient umbrella term.

“Raicilla generates a category for all the mezcals of Jalisco,” he says. “It is an inclusive term and gives the small producers an opportunity and advantage.”

According to Morales, the drink’s key feature is its versatility. One factor is the agave, the raw material used to make the spirit. After the state of Oaxaca, Jalisco has the second highest rate of agave diversity in Mexico.

A second factor is terroir – the environmental factors that impact a crop. This can mean anything from soil composition to moisture and sunlight exposure. “Just as the wine grape expresses terroir, agave expresses it,” Morales says.

The final factor is the technical part of the production process, Morales says. Once harvested, the agaves are roasted and fermented. The distillation process is performed in a “taberna,” or distillery, using a ceramic, stainless steel or copper still.

Together, these three factors – the agave species, terroir and equipment – provide raicilla with an impressive spectrum of flavor. Or, as Morales likes to say: “A plus B plus C equals infinity.” 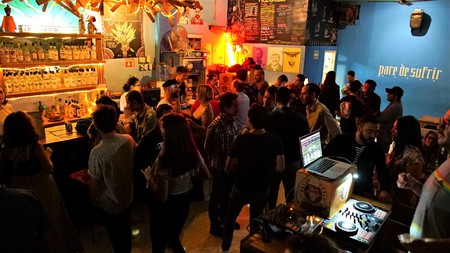 Morales has been working to bring raicilla to the masses since 2008. It was an uphill struggle at first, especially given he was operating in Jalisco, the heart of tequila country. In fact, Morales chose the name “La Venenosa,” or “Poisonous,” because there were so many misconceptions about the rural spirit in the city.

“When we started, we realized that people in Guadalajara thought [raicilla] was poisonous. There was an urban legend that it could make you blind. So, we thought it would be ironic to write ‘Poisonous’ on the label.”

At the warehouse bar, Morales produces seven different bottles of La Venenosa. Each variety is the product of a separate master distiller who has learned the craft as it was passed through several generations of his family.

La Venenosa’s Tutsi line has a particularly unique taste, with both earthy and citrus notes. The bottle is the product of a collaboration with a practicing Wixáritari distiller, Don Rafael Carrillo Pizano.

Morales first learned about the drink in 2002, when he was reading a book about Wixáritari culture. The idea stayed with him for years, until he finally set out for Wixáritari territory in search of a distiller. Once there, he was disappointed to find that nobody had produced the drink for around a quarter of a century. However, in La Guayaba – a village nine hours by car and two hours on foot from Guadalajara – Morales met Carrillo Pizano, a distiller keen to revive the lost Wixáritari tradition.

Morales credits tequila for this rising interest in raicilla. While many small producers have blamed tequila companies for agave plagues and shortages, Morales takes a more positive stance.

“Tequila has a history of opening new markets and of spreading the word about Mexico’s agave spirits,” he says. “When tequila transformed its image from a cheap party drink to be slammed into a spirit to be savored, it began to capture the attention of a new public.”

That evolution has benefitted others, Morales says, as consumers now want to know more about the product they are tasting. With its cultural heritage and history, raicilla is well-placed to benefit from this trend – each bottle tells its own fascinating story.

“The brands that are doing well are those with a past,” Morales says. “They can tell us about the relationship between country, production, family and history.”